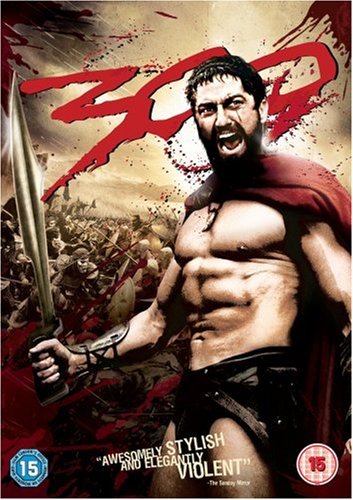 Sexed up and dumbed down – but should Hollywood be allowed to twist our history?

To the outside observer, historical study and blockbuster film-making are two diametrically opposed concepts. On the one hand you have the endless study of dead people; a task stereotypically carried out by an army of venerable scholars, armed to the teeth with thick rimmed glasses and an eccentricity that would make Evel Knievel look like a tax-paying soccer mom. As a history student I can tell you that this generalisation is completely true. Instead of the heavily moisturised metrosexuals of movie-making, those who indulge in history are analytical, astute and alliteratively capable. In place of youthful skin, there are only weathered fingertips scarred with hours and hours of page-turning. Instead of the intoxicating smell of expensive perfume, there is only the musty smell of under-used books. History is not just un-cool, it’s positively anti-cool.

At the other end of the spectrum is Hollywood film-making; an industry which fits perfectly into fashionable French-isms such as ‘chic’ and ‘vogue’. But these two professions are not completely incompatible. Historians are often arrogant, (just look on your Facebook news feed for several examples of grammatical pedantry from history students), and while every actor/actress dreams of receiving an Oscar, all historians desire is a place in The English Historical Review. But it’s when these similarities develop into a full-blown collaboration that a peculiar phenomenon occurs: Hollywood History.

Historical fiction, adaptation, epic – whatever you want to call it, historical figures have provided fertile ground for the increasingly unoriginal scriptwriters of Hollywood. For years the studios have churned out biopics and battle films, and the academics have responded by picking holes in their historical accuracy. A notable example was the recent threat of legal action for historical inaccuracy against Alexander. Undoubtedly, history is often manipulated for commercial purposes, but rather than being a malicious attack on the purity of history, Hollywood History serves an important role.

It’s probably best to begin with a few examples of factual faux pas. Ancient history, chronologically at least, should be the first stop, and there has been no shortage of films based in the classical world, or even further back. Unfortunately, even the few facts that could be distilled from thousand-year-old vases, wall paintings and dense Latin have been ignored by film directors. As already mentioned, Alexander the Great was played by Colin Farrell the Wooden in the poorly acted and poorly received biopic, Alexander. And it doesn’t stop, (or even start!), there. 10,000 BC delved even further back into human history and introduced the highly adaptable “Woolly Desert Mammoth” to the world. Moving back to the classical era, who could forget the semi-historical 300, which taught us that hunchbacks definitely should not be trusted and that alluringly oiled men fought a bloody battle to protect the sexy Spartan ladies back home. Better not mention that ancient Sparta was an uncultured, tyrannical state that was obsessed with masculinity and preferred young boys to beautiful women. Simply put, directors are forcing modern culture onto historical films, usually in the form of sex, violence and rock ‘n’ roll, (see the rendition of We Will Rock You during the jousting scene of A Knight’s Tale). Whether this is to create a sense of familiarity, or to provide the gratuitous violence and sex people crave, anachronisms and inaccuracies are rife.

Maybe ignorant film studios can be forgiven for these particular historical failings. After all, most of ancient history is entwined with myth, legend and hearsay; surely the better understood periods of history will yield more accurate films? Unfortunately, Mel Gibson has almost single-handedly destroyed such a hope. The Oscar winning film Braveheart chronicled the rise of William Wallace, told through a romance that never happened and acted out in kilts that weren’t worn until three hundred years later. But Mel’s crimes against history do not stop there. The Patriot was based on Francis “The Swamp Fox” Marion, a Cherokee-murdering slave-owner. A lenient historian would forgive a bit of character manipulation, but the fact that the climax of the film is a battle which, in reality, the British won and not the Americans as the film depicts, is more than a mere oversight. Both films do not just prove that Mad Mel is a dab hand at killing swathes of Englishmen; they also illustrate how Hollywood is willing to endorse historical inaccuracy as long as it conforms to current political trends. The countless promotional shots of Mel Gibson kicking British butt with nothing but the good ole’ Star Spangled Banner in The Patriot are rather unsubtle examples of how you must fight for freedom and democracy in the modern world.

So it appears to even the most understanding of historians that blockbuster re-makes of historical figures, events or periods are nothing but wildly inaccurate propaganda. Such a conclusion is not without evidence, but it does ignore some important points.

It must be acknowledged that both historians and movie-makers are simply doing their job. The film industry knows its audience – namely an increasingly busy middle class. No white-collar worker is going to have the time or energy to watch the 120 hour, highly accurate Henry VII: Revenge of the Highly Skilled Accountant King. They would much rather watch a two hour film about Henry VIII, a syphilitic narcissist who brought the country to the brink of anarchy in between having lots of sex. Similarly, historians are simply fulfilling their obligations by preserving the sanctity of the past. The phrase “don’t bring your work home with you” springs to mind: films are meant to be an entertaining escape from reality, something that history is not.

Finally, academics and students alike could actually learn something from historical fiction. Besides realising that throwing a few bikini shots of Megan Fox into A History of the Cement Industry, 1796–1914 would make it infinitely more interesting, Hollywood history reminds us of the humanity of history. Masterful films such as Gladiator, Schindler’s List, and Platoon may include semi-fictional protagonists but they remind us history is made, not just written. The very smallest unit of history is the individual, a human being, a life that was filled with emotion and suffering. These people were real, not just names in a book, and it’s nice to be reminded of that fact once in a while.