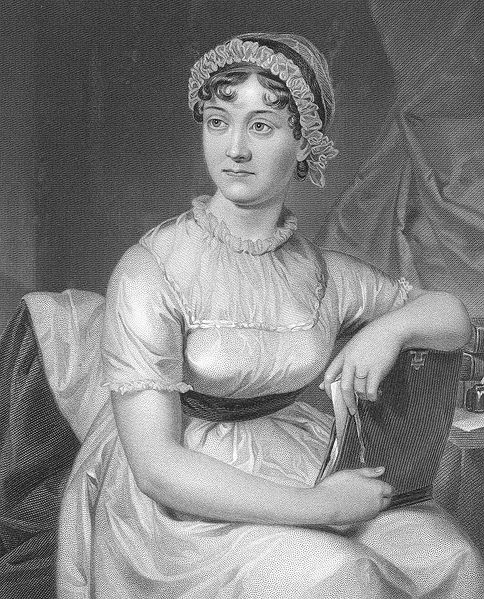 Jane Austen based on a sketch by her sister Cassandra

On Thursday, Google’s pictorial celebration of Jane Austen’s 235th birthday testified to her world-renowned status. The featured sketch of a man in a tall top hat besides a daintily-attired woman called to mind the iconic Mr Darcy and Elizabeth Bennett from her most widely-known book, Pride and Prejudice. For large swathes of the population, the image undoubtedly conjured up fond reminiscences of their first reading of Austen’s vibrant prose or the first time they watched a dramatisation of one of her novels. Although not always beloved and celebrated, Google’s commemoration indicates that, as we enter a new decade, Austen-mania is certainly à la mode.

With adaptations of Austen’s works saturating the nation and three of her novels voted in the top 100 of the nation’s favourite books (and Pride and Prejudice attaining the dizzying heights of second position), it is hard to imagine Austen’s status as anything less than the beloved and popularly-acclaimed authoress she is regarded as today.

However, a few weeks ago, an attack was made on Austen’s acclaimed status by the Oxford University academic, Professor Katherine Sutherland, who (speaking to the Telegraph) claims that she was unable to spell: “Austen broke many of the rules for writing ‘good’ English. Her words were jumbled together and there was a level of eccentricity in her spelling – what we would call wrong.” Sutherland goes on to point out that “the reputation of no other English novelist rests so firmly on the issue of style, on the poise and emphasis of sentence and phrase, […] But in reading the manuscripts it quickly becomes clear that this delicate precision is missing” and she suggests the editor of Austen’s work should be given much credit for perfecting her style.

In Emma, Austen famously wrote “one man’s style must not be the rule of another’s” and this may be used as a basis from which to counter Sutherland’s criticism; critics today cannot justly presume to contradict Austen’s grammatical style according to today’s standards and rules. Words used frequently by Austen such as “shewed” (for “showed”) are merely instances of spellings that have fallen out of common usage rather than “incorrect” ones. In a letter to her sister Cassandra, she wrote “an artist cannot do anything slovenly,” indicating faith in her ability to produce great art. And Sutherland acknowledges that Austen’s lack of conventional style may be seen as proof of her brilliance and progressiveness rather than an indicator of her weakness: “She was a more experimental writer than we give her credit for […] It was closer to the style of Virginia Woolf. She was very much ahead of her time.”

In her own day, like many writers, Austen was not widely known or especially popular. Perhaps hindered by the initial publication of her novels under the mysterious title of “A Lady” (although the anonymity of female writers was a convention of the period with the Brontë sisters famously publishing under pseudonyms with the surname “Bell”), Jane Austen did not achieve the widespread popularity that enabled later female writers, including Charlotte Smith, Felicia Hemans and Laeticia Landon, to earn a sufficient amount with which to support their families. Although the initial publications of Sense and Sensibility, Pride and Prejudice and Mansfield Park earned Austen a certain amount of money and popularity this soon waned. A loss was made on the second edition of Mansfield Park and family financial troubles prevented the publication of any novels between 1816 and her death a year later.

Her style was firmly out of favour in the nineteenth century because her realism did not conform to Romantic and Victorian expectations that powerful emotions should be accompanied by equally powerful displays of sound and colour in the writing. Although her novels sold at a low but steady rate from their re-publication in the 1830s, they were not bestsellers. In fact, admiring nineteenth century readers considered themselves to be a literary elite and saw their unusual appreciation of Austen as proof of their refined cultural taste.

It was not until the publication of A Memoir of Jane Austen, by her nephew (James Edward Austen-Leigh), in 1869 that she gained favour with the public. Austen-Leigh reintroduced her as his “dear aunt Jane”, endearing her to a widespread audience and prompting people to read her novels afresh.

By the 1880s, critic Leslie Stephen coined the term “Austenolatry” to describe the popular mania that had grown to surround the author. Such was her popular fame that those who considered themselves dedicated fans differentiated themselves from the masses, who they did not believe could understand her works properly, by the term “Janeites”. By the end of the century, scholarly criticism of her work had been published.

Since then, numerous television and film adaptations of Austen’s novels, beginning with the 1940s Lawrence Olivier film of Pride and Prejudice, have ensured that she is never out of public consciousness for long. Recently, films such as Becoming Jane have gone beyond the novels to dramatise the life of the author herself. This film has been criticised for its overemphasis of Austen’s lack of success in love and marriage (she accepted, and subsequently refused, her only offer, from family friend Harris Big-Wither, in 1802) as a formative aspect in her career as a novelist; as though suggesting that she wrote novels as a form of compensation and that the repeated happy endings through marriage were some sort of commiseration for the conjugal love she lacked. Though overly-suggestive of the autobiographical nature of her novels, the film reinforces Austen’s status as a literary celebrity.

It is also valuable in enhancing the character possibilities for the novelist. The image of “good, quiet Jane” was one which her family was keen to promote and, having endowed the eldest Bennett sister with her own Christian name, perhaps Austen wished herself to be remembered as having a similar temperament to her angelically-natured character from Pride and Prejudice. It is far more tempting though to imagine that Austen possessed the energy, determination and strength of will that made the heroine of the same novel, Elizabeth Bennett, beloved to millions. Sadly Austen’s careful destruction of the majority of her letters means that knowledge about her character is “famously scarce” (Jane Austen in Context, ed. Jan Fergus, 2006). To the modern admirer, Austen is shrouded in a delightful sense of mystery and this is perhaps what Fanny, the heroine of Mansfield Park, is hinting at in the phrase “life seems but a quick succession of busy nothings.”

As events marking the occasion of Austen’s birthday commence, and magazines and events celebrate her nationwide, further speculations as to her character will no doubt be made. But, in the words of the author herself, “let other pens dwell on guilt and misery, I quit such odious subjects as soon as I can.”

(Jane Austen’s Fiction Manuscripts are available to view online through a joint project of King’s College London and Oxford University at http://www.janeausten.ac.uk/index.html)