Faking the Footsteps of Montezuma 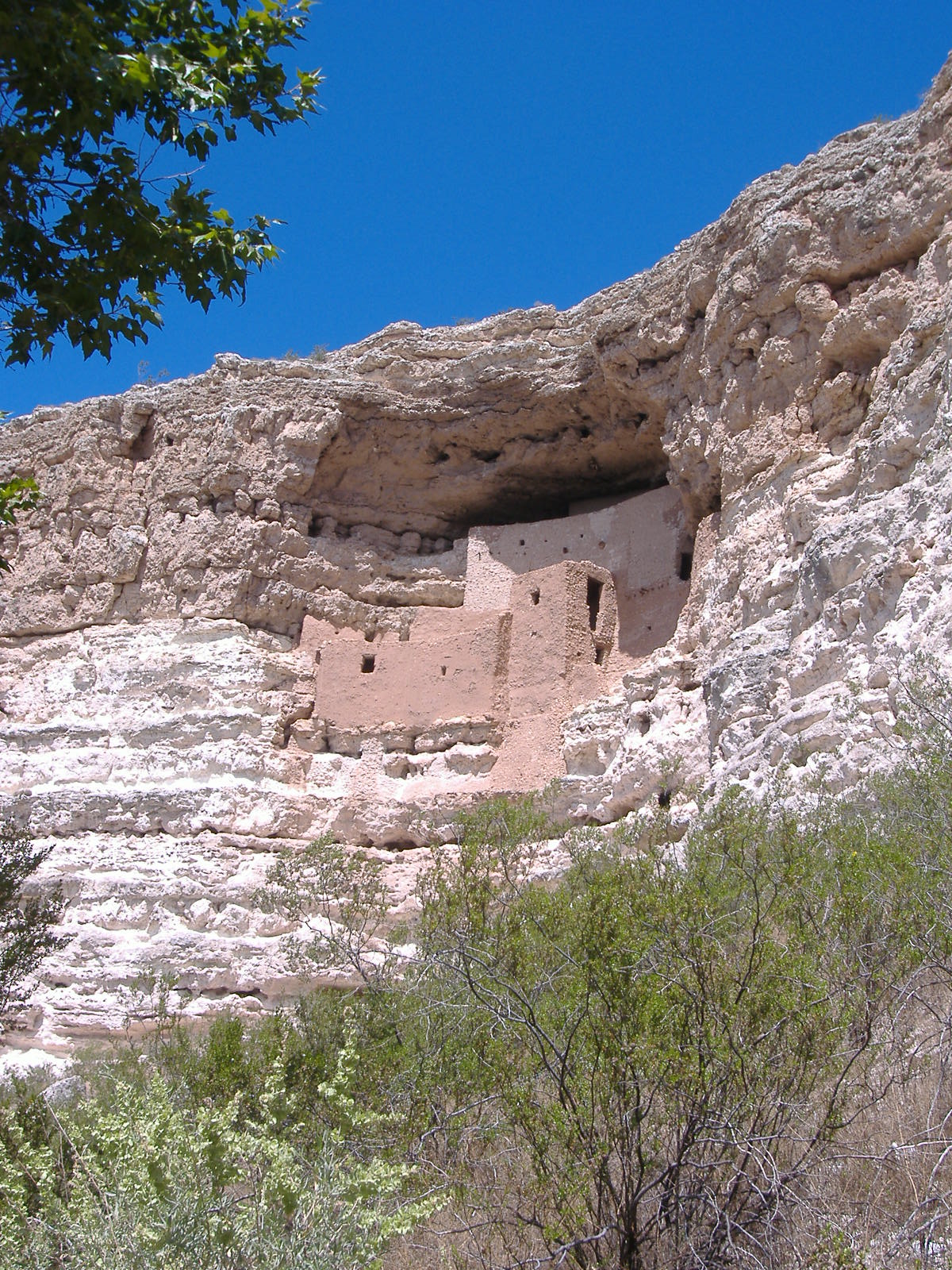 Drive ninety minutes north from Phoenix, Arizona or forty-five minutes south from Flagstaff on the Interstate 17 and you’ll find yourself at Montezuma’s Castle. A treasured archaeological site and designated National Monument, the misleadingly named dwelling was sadly never actually home to the formidable Aztec emperor.

The name of the prehistoric dwelling originated in fact in the 1860s when the first groups of miners and soldiers visited the area and mistakenly named it after Montezuma, according to the then popular view that the ruins of the south-west United States were originally constructed by the Aztecs. Many of the men had recently returned from fighting in the Mexican-American War and believed they recognised a similarity between the Halls of Montezuma in Mexico City that they had previously seen and the remains they now encountered in Arizona. Before their mistake was realised, “Montezuma’s Castle” was marked on maps and the name was widely used: it was too late to change!

Although initially disappointing that the castle has no connection to the Aztec Emperor, on second thoughts, this is hardly surprising. The prehistoric dwelling had been built and inhabited for over one hundred years before Montezuma II gained power from his father Huitzilihuitl. Furthermore, to travel from the Aztec capital Tenochtitlan to the castle would have involved a trek of hundreds of miles, largely through inhospitable desert. Thus it is unlikely that any Aztec people would have inhabited this area.

Nor does the prehistoric ruin have much in common with European examples of castles which are built on raised ground and heavily fortified against attack. Montezuma’s Castle is raised up, although by virtue of being built into a cliff face rather than on a hill or mound, but it has little evidence of fortifications or defences, besides the fact of it being in a fairly inaccessible location.

Located in the Verde Valley, Arizona, Montezuma’s Castle arguably does have similarities with troglodyte dwellings as it is built into the natural depressions in a rocky cliff face. However, this prehistoric construction did not begin as a cave, thus setting it apart from true troglodyte dwellings, although rendering its construction all the more remarkable. The castle was inhabited by the Sinaguan people of South West America for over three hundred years before the fifteenth century; providing evidence for one of America’s oldest civilisations and one of which they are extremely, and justifiably, proud.

Even from the parking lot the smooth sided dwelling catches the eye: high up on the red cliff face, seemingly defying the laws of gravity, it clings to the rock fifty feet above the valley floor. Standing as close as possible below the dwelling, its bewildering height inspires a sense of awe for our American ancestors who constructed such an ambitiously located home.

The logic behind the Sinaguan people’s choice of this location is clear. Built around 1125, during the Honanki phase, its position in an oasis on Beaver Creek guaranteed a reliable water supply, along with an abundance of vegetation (in comparison to the surrounding desert scrubland) providing the possibility of food as well as shelter from the unforgiving midday desert sun. Raising the dwelling high above the ground meant that they commanded an unrivalled view of the surrounding area. Any approaching danger could be detected early from a small watchtower atop the cliff. The choice of location clearly paid off as evidence suggests that the site was occupied throughout the Tuzigoot phase, 1300–1425, until some time after 1425.

The remains of Montezuma’s Castle are only a small proportion of the constructions in which the Sinaguan people lived. Originally boasting a five-storey stone structure with twenty rooms, the edifice is thought to have been home to between thirty-five and fifty people. Accessed by a series of ladders from the cliff base, the Sinaguan people must have been an agile race! The sophistication of their construction techniques is shown by the use of limestone and mud mortar to build the walls and the earthen floors and roofs. The logistics of building an elevated dwelling in the side of a cliff demonstrate that the Sinaguan people had significant architectural skill and vision but they had an eye for appearance too, plastering the interior walls. There is also evidence that many rooms were equipped with storage holes and fireplaces, revealing a skilled and innovative community.

Sadly the high life (excuse the pun) could not last forever. After an approximate three hundred years of occupation, the Sinaguan people ceased to inhabit their cliff dwellings around 1425. Historians have still not reached a consensus over why they departed although suggestions include drought (that Beaver Creek was reduced to such a low level that they feared for their only water supply and thus their survival), dangerous flooding of the river (the opposite!), or perhaps competition from other peoples (although given the remoteness of the area, this is unlikely).

Visitors to Montezuma’s Castle today can only get close to the monument through the imaginative stories of the ever-present rangers. Since 1951, the public has not been permitted access to the castle owing to significant damage caused to the ruins by growing numbers of tourists. The smooth, tarmac path that guides visitors around the monument today seems almost a mockery of our ancestors’ agility. Whilst they braved death-defying heights on a daily basis – without the modern security of safety ropes and harnesses – visitors today must not digress from the path.

Despite being a national historical treasure, Montezuma’s Castle is also significant in that it was one of the first sites in the US to be designated a National Monument under the Antiquities Act of 1906. Declared a place “of the greatest ethnological value and scientific interest”, the passing of this act by then-president Theodore Roosevelt signified a growing movement in the country to preserve and appreciate its past. Although many of the original artefacts had been lost by this point owing to looting, Roosevelt’s specified protection of the site facilitated the continued conservation of one of the best preserved cliff dwellings in North America. The site made history once again in the 1930s when it became a prime destination for America’s first car-owning tourists.

So, once you’ve got over the disappointment of Montezuma’s irrelevance, Montezuma’s Castle comes to the fore as an amazing, well preserved archaeological site in its own right. When Antoine Leroux, a guide for a survey party of the area, first encountered the habitation in 1854 and wrote in his journal “we were struck by the beauty of some ruins”, he spoke for the ensuing generation of visitors to the site who experience much the same on catching their first glimpse of the prehistoric dwelling.