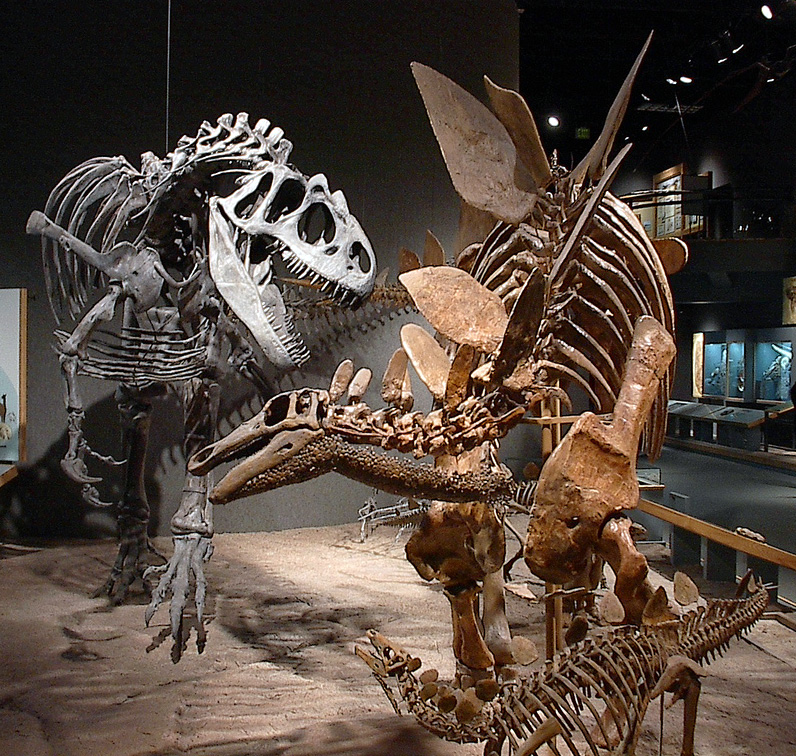 With so many species doomed to history and beyond, it is time we took a moment to appreciate their discontinued existence

Some very lucky palaeontologists working in Southern Utah have recently announced the discovery of two long-dead dinosaur species dating from 76 million years ago. While this discovery sounds impressive enough on its own, the announcement has come with promises that more species will be available for the scientific community to fawn over very soon; the poor researchers are simply struggling to publish all the data they’ve gathered in one go. So while we wait (with baited breath, I presume) here’s a handy list to help you catch up on the best extinct animal discoveries of the 21st century – so far. I’m still holding out for centaurs.

So first things first, the award for ‘Most Unpronounceable Names’:

Without a doubt has to go to these two Utah dinosaurs, who have been named Kosmoceratops richardsoni and Utaceratops gettyi. While I’m certain these names have deep scientific roots, they don’t really conjure up a clear picture of the animals we’re talking about. For one, Kosmoceratops richardsoni has 15 horns on his head: one over the nose, one above each eye, one jutting out from each cheek and ten edging the bony frill around its neck. This officially makes it the most ‘ornate’ dinosaur ever discovered. Unless ‘richardsoni’ means ‘looks hilarious’ in Latin (and it doesn’t, it means ‘Richardson’) then I think the naming committee really haven’t done a good job of selling these awesome species to the world.

If you’re struggling to picture such bizarre creatures, then this next discovery may be more for you. Here is: ‘Most Relatable’:

Homo floresiensis, also known as ‘The Hobbit’, was discovered on the Indonesian island of Flores in 2003. While the modern Indonesian population averages 5ft, floresiensis specimens appear to measure only 3ft 6 or 7 inches, making them the smallest Homo species ever discovered. They lived alongside several other miniature species, such as the pygmy Stegodon elephants (ironically, regular Stegodons are the largest form of elephant that ever lived).

From very small to very big, here’s the award for ‘Most Likely to give you Nightmares’:

And the winner is: Titanoboa. Discovered in Columbia 11 years ago, this species takes the form of an absolutely massive snake. It measured around 50ft long, and 3ft in diameter at its widest point. To put that into perspective, it’s equally to 1 ½ London buses in length. Their hunting technique involved slithering up to prey (such as Carbenonym, a giant turtle with a 6ft shell) and crushing them in some absolutely massive jaws. I’m all for equality, but I can’t help being quite glad that this species died out 60million years ago.

After that horrifying image, let me present to you the ‘Most Adorable Creature Ever’:

An extinct Koala species has been discovered in Northern Australia, which weighs in at only 1/3 the size of modern Koala-bears. Litokoala dicksmithi weighed 3–4kg when fully mature, and what with koalas’ tendency to cling on to things, could easily replace Chihuahuas as the ideal portable pet. How unfortunate that it died out 20million years ago. This newest discovery brings the total number of known koala species up to 18, although only one of these is living today. (Interestingly, this surviving species is now at risk of dying out from Chlamydia).

But while some animals are in danger, others are performing magical resurrections. Ladies and gentlemen, give it up for: ‘Most Impressive Come-back’:

Apparently, scientists sometimes get it wrong. When a species is declared extinct, and then is re-discovered alive and well, minding its own business, it becomes known as a Lazarus Species. This prestigious title has recently been given to the Lord Howe Island Stick Insect, which used to inhabit a small island 800km off the East coast of Australia. After the black rat was introduced to this island by trading ships, the stick insects were heavily predated, and it was believed that they fell extinct in the 1950s. However, in 2001 30 living individuals were discovered going about their business under a single shrub on the world’s most isolated and tallest sea-stack. This land-mass is a further 20km into the sea, and was separated from the mainland 7million years ago. Really quite an impressive feat for such a tiny species.

Sticking with the seaside theme, here’s the award for ‘Most Disturbing Looking’:

This species has an unfortunate story of discovery. Scientists were so confused by the appearance of a shrimp-like animal when it was first discovered in the 19th century that they initially ascribed the front and back ends to two separate species, as they just didn’t seem to fit together. The mistake has since been rectified, and the animal has been assigned the name Anomalocaris, or ‘abnormal shrimp’. How flattering. Other interesting facts about this ‘distinctive’ creature; it measures nearly 1m long, lived 500 million years ago, and had two rows of overlapping fins along its sides as well as eyes on stalks. While the species itself was discovered long ago, scientists only found their first remains of the eyes and feelers in 2011, preserved in fossilised mud in Canada.

And finally, some recognition must go to: ‘The Record Breaker’:

The Pyrenean Ibex has truly worked hard for this award. It is in fact the only species to have become extinct twice. This species has been in existence since 3 million years ago. Unfortunately, in 2000 the last remaining individual was killed by a falling tree, and the species was declared extinct. In 2009 however, the Pyrenean Ibex was successfully cloned. While scientists (and the ibex, probably) may have hoped for a further 3million years of success, it was not to be, as the cloned animal died after 7 minutes due to lung-failure. On top of all this excitement, the Pyrenean Ibex is also famed as the first animal to go extinct in the 21st C, but that’s not really something to be proud of.