Michelle Newbold in History on 3 December, 2011. 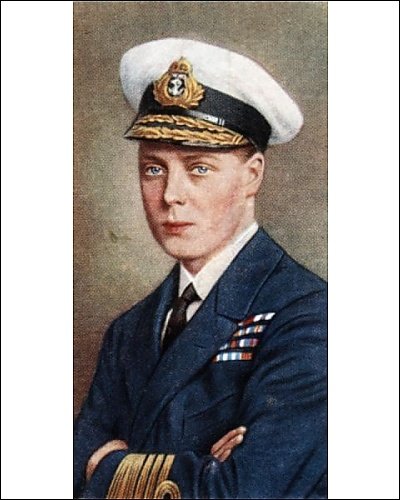 Edward VIII’s story has all the hallmarks of a romcom. The protagonist (a young, handsome prince) meets the love of his life (a charming American socialite), and eventually, after overcoming a few obstacles, the couple marry and live happily ever after, even moving to the Bahamas for a life of apparent luxury. The final shot of the film depicts the couple on the bow of a cruise liner, drinking champagne and toasting to their happiness as the ship disappears against a pink Caribbean sky, the setting sun reflected in the calmly rippling sea. Roll credits. But this is not the stuff of rose-tinted romantic fiction, this is historical fact… or is it? Not exactly. Some of it is certainly true. Our protagonist is Edward VIII, Prince of Wales prior to January 1936, and thereafter King of Britain, albeit only for 326 days. Our heroine is Mrs Wallis Simpson, a charismatic American with whom the prince fell in love. The major obstacle which our protagonists must face is Wallis’ status as a twice-divorced woman, a hurdle which must be overcome in order for the couple to live happily ever after. The pair certainly seem like typical romcom ‘goodies’. Yet there are some cracks in Edward’s image as the perfect romcom protagonist. After his abdication in December 1936, and throughout the Second World War, the ex-king and Wallis, at long last his wife, were continuously surrounded by accusations of Nazi sympathies. Alarming cracks are appearing in our picture of the perfect romcom protagonists, forcing one important question. Was Edward VIII a hero or a villain?

On first inspection, Edward VIII certainly appears to be the perfect romcom hero. Handsome, unmarried and well-travelled, his front-line involvement in the First World War earned him the Military Cross in 1916, aged just 22. Throughout the 1920s he remained popular with the people, who looked forward to having a young and energetic king on the throne. And yet it was never quite that simple. Edward always had a rebellious side; his habitual womanising during the 1920s was a source of constant concern for politicians, and his failure to settle down and produce any heirs angered his father. When Edward’s attentions settled on the still-married Wallis Simpson sometime in the 1930s, it was assumed by most that this would just be another casual fling. (After all, it would not be the first time that Edward had had an affair with a married woman.) But this time was apparently different. Almost overnight, Edward became devoted to his new girlfriend, and it is here that he truly begins to take on his role as the perfect romcom protagonist. And, as one would expect of a romantic hero, the prince did not give up on true love when, in January 1936, he inherited the throne.

The major problem with the King’s wish to marry his long-term love was the fact that Wallis was a divorcee. Divorce was still something of a taboo in the 1930s, and unheard of in the royal family. The Church of England staunchly opposed the remarriage of divorcees whose ex-spouses were still living, and as Head of the Church, the monarch was supposed to follow Christian rules to the letter. Politicians fretted that the British people would never tolerate a divorced woman on the throne of England, and pleaded with the king to prioritise his royal responsibilities over his personal interests. Tensions escalated: the government threatened to resign if the King persisted in his stubborn wish to marry his mistress, and a constitutional crisis loomed. And yet, typical of a romcom hero, Edward was undeterred. In defiance of his family, his government and the British people, the new king abdicated the throne in order to marry Wallis, proving, in true romcom fashion, that love does indeed conquer all obstacles.

And then they lived happily ever after, right? Time for the ship, the champagne, the sunset? Not exactly. Throughout the 1930s, as Hitler became dangerously powerful in Germany, rumours floated around that Edward sympathised with the Nazis. These claims are not beyond belief; it is possible that Edward saw German fascism as a buffer against the even greater evil of Communism, which threatened to spread through Europe from the East. Edward did worryingly little to dismiss these claims; he and Wallis instead made a high-profile visit to Germany in 1937, against the advice of the British government. The couple shook hands with Hitler and gave full Nazi salutes, which only served to further fan the flames of suspicion against them. Historians since have even speculated that, had Hitler won the war, he would have attempted to reinstate Edward as King and so cultivate a fascist Britain. It is not known whether these claims were true, but they were certainly taken seriously on the home front. In August 1940, the couple were relocated to the Bahamas in an effort to move them as far away from the war effort as possible. Edward was essentially exported by force, under the guise that he was being made Governor of the Bahamas. The ship may well have sailed off into a Caribbean sunset, but the couple were certainly not toasting to their happiness.

So, Edward VIII: romcom hero or Nazi villain? It is difficult to know, and surely one cannot be both? The story is certainly one of great romance; Edward was quoted as saying that “I have found it impossible to… discharge my duties as King as I would wish to do without the help and support of the woman I love”, a sentiment which cannot fail to make us go ‘aww’. But suspicions of Nazi sympathies are almost certainly grounded in fact. How else can one explain the couple’s inappropriately timed visit to Germany, just two years before the Nazis would drag Europe into one of the bloodiest wars in human history? And so perhaps Edward VIII was both hero and villain in equal measure. After all, History is not as simple as a romcom. There are no clearly defined ‘goodies’ and ‘baddies’, mushy scenes on ships are disappointingly rare, and ‘happily ever afters’ in the Caribbean remain regrettably scarce. Historically speaking, Edward VIII’s remains a good story, even if it does not quite constitute romcom material.