A nation divided? The consequences of British imperialism in Ireland

In April of 1916, a thousand or so Irish Republicans undertook an armed rebellion against the British imperial state. They seized key buildings across Dublin, occupying the main court buildings of the capital as well as the General Post Office. This rebellion, the Easter Rising, divided Irish opinion at the time and for years to come, yet over the decades it has become mythologised and woven into the rhetoric of Irish Republicanism. As we commemorate the Rising this April, we must look past the myths it created and understand what it truly represents: a brief and violent episode born out of centuries-old tensions. 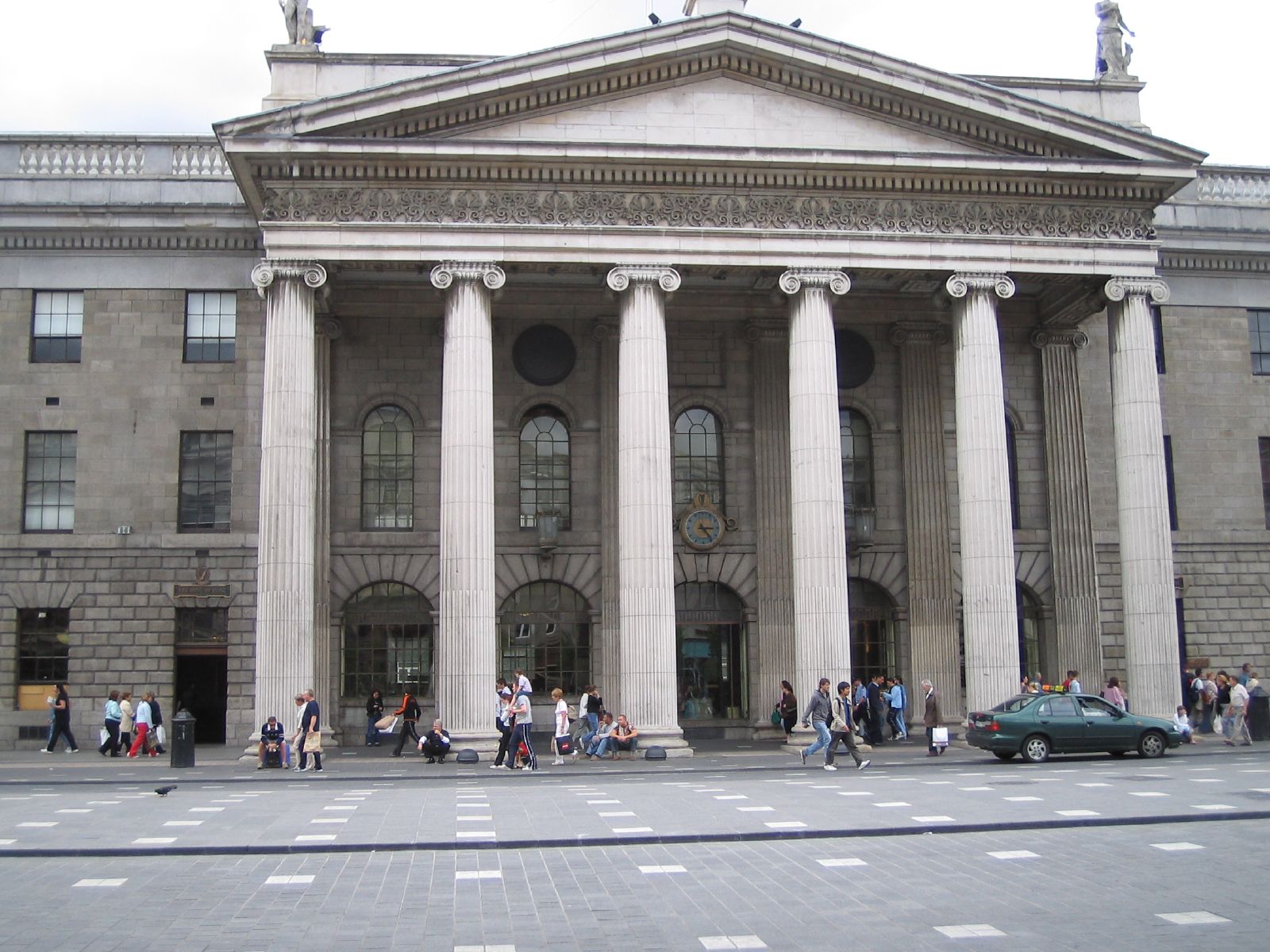 The General Post Office (Dublin) today, centre of the 1916 Rising.

If we are to fully comprehend why these men and women took up arms in 1916, and why the commemoration of their actions eventually became so important for modern day republicans, we must understand the event in a broad context. The Easter Rising was by no means an isolated, twentieth-century rebellion. It was the result of a long history of British imperialism in Ireland, and was envisaged by such rebel leaders as Roger Casement as part of a global anti-imperial struggle. Studies of British colonialism can stretch to geographical extremes – to Polynesia, or to the Canadian Rockies – but we need look no further than Ireland to see the true extent and legacy of English and British imperialism. From the imposition of Anglo-Norman control, to the 1921 partition of Ireland, from Cromwell’s bloody conquest, to the 1998 Good Friday Agreement, Ireland’s political landscape has been repeatedly shaped by the realities of imperial endeavour. Ireland as we know it today is fundamentally a product of a long colonial history.

When King Henry II landed at Waterford in 1171, in the wake of his noblemen three years earlier, he and his four thousand soldiers set the precedent for England’s controlling presence in Ireland. By 1250, Anglo-Norman control extended from coast to coast, imposed by nobility upon the land through the construction of towering castles. This control did not last, however. After the great Anglo-Norman spurt of imperialist energy, English power waned in the late medieval period so that, by the sixteenth century, most of Ireland was essentially ruled by multiple autonomous local powers. Nonetheless, the Anglo-Norman subjugation marked the beginning a long history of English imperialism in Ireland, extending all the way into the twentieth century.

Elizabeth I’s reign saw renewed attempts to bring Ireland to heel. Essential to these attempts was the establishment of plantation schemes in Ireland – projects of confiscation and colonisation which aimed at conquering Irish territory and aligning it to England’s economic needs. James I extended this programme, developing a comprehensive policy of dispossession justified by English concepts of property rights and landownership, and facilitated by military control. Under the plan, thousands of English and Scottish Protestants were settled in fortified locations across Ulster in the North. These settlements were designed to hold against rebellion and came as a response to the Irish resistance which had repeatedly endangered and destroyed the plantations under Elizabeth.

Such plantations were mirrored across the Atlantic in Virginia. Indeed, many of those involved in Irish plantation schemes were promoters of American settlement: Sirs Walter Raleigh, Humphrey Gilbert, and Richard Grenville are just a few examples. In America as in Ireland, Virginia was organised as a plantation colony; the conquest of Native American territory was also predicated on the Natives’ lack of written property rights. The later conquest of Australian territory, too, echoed this lack of respect for indigenous land use and the logic that property rights must be codified to be valid. Ireland was the testing ground for English imperialism.

The Tudor and Jacobean imperial endeavours represent a watershed in Irish history. Once a Gaelic, Catholic hotspot for Irish resistance, Ulster was transformed into a Protestant domain politically dominated by alien settlers. The division between Anglican settlers and Irish Catholics defined the ensuing imperial power struggles. Cromwell’s brutal crushing of the Irish after 1649 aimed at asserting English power in the midst of the Eleven Years’ War – a great political upheaval born out of Catholic-Protestant strife. The Williamite War forty years later, also a violent assertion of English control, was founded largely on the division between Protestantism and Catholicism, William of Orange versus James II. This struggle, which ended with the defeat of the Irish Jacobites who had hoped to restore James, has become a central myth for modern day Unionists and Nationalists.

This fateful division would have a bloody effect on Ireland into the twentieth century. Throughout the 1700s, Ireland’s Catholics were barred from holding public office. Ethnic violence between the dominant Anglicans and the Irish escalated as regional military societies in the North clashed repeatedly, culminating in the failed 1798 rebellion which had aimed at a united, independent Ireland. The 1801 Act of Union fanned the flames, and the division between Irish poor and English or Anglo-Irish landowners brought about the Great Famine of the mid-nineteenth century, which devastated the Irish population. 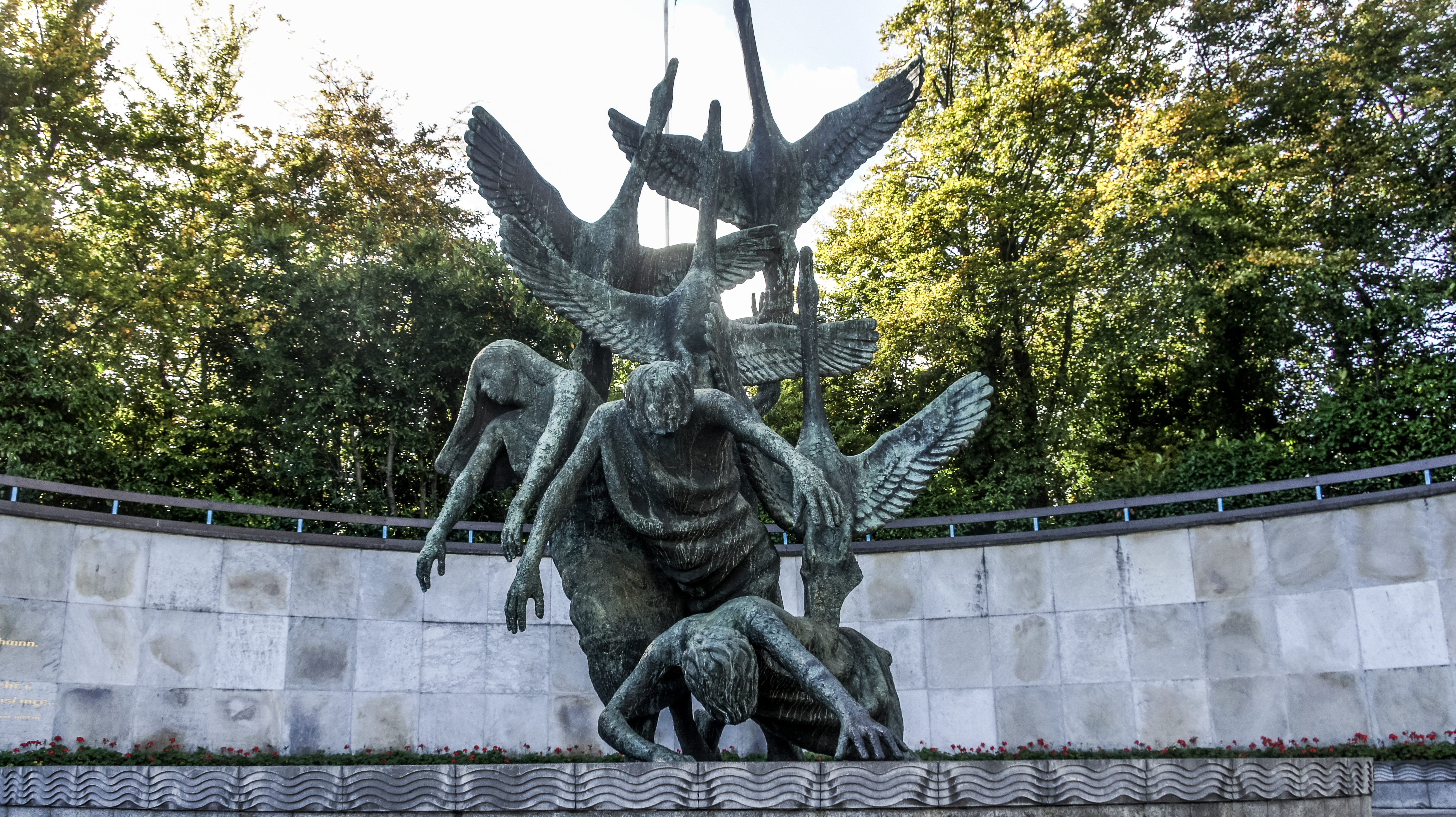 The Children of Lir statue in the Garden of Remembrance, Dublin (opened 1966). Dedicated to all those who gave their lives in the cause of Irish Freedom.

By 1916, tensions reached such a point that Irish republicans openly rebelled in what became known as the Easter Rising. Again in 1919, many Irishmen rose against the British state, and in 1921 the Irish Free State was established; yet there was no end to the conflicts between Loyalists and Republicans. It is tempting to view the violence of the twentieth century in isolation, but such rebellions and the Troubles from the 1960s onwards were a continuum of the political and ethnic struggles established centuries ago.

As with any colonial history, Ireland’s story is far more complex than simply ‘us versus them’. Many Irish men and women came to support the British state in Ireland; those who opposed it were far from united in their cause and methods. Still, when we remember the Easter Rising this April, we must remember what it represents: an objection to the long history of imperialist conquest by the British on Irish soil, and a product of the same confused political jumble which divided North and South – a division which persists, for better or for worse, to this day. We can’t do any country’s history full justice by viewing it as part of British imperial history. Nevertheless, this year it is important to understand that Ireland’s past represents one of England’s many disgraceful colonial legacies – and one of its most drawn-out. The potent force of British imperialism, which reshaped the world in so many ways, is perhaps most evident in England’s backyard.