A Lifeline for Threatened Heritage? 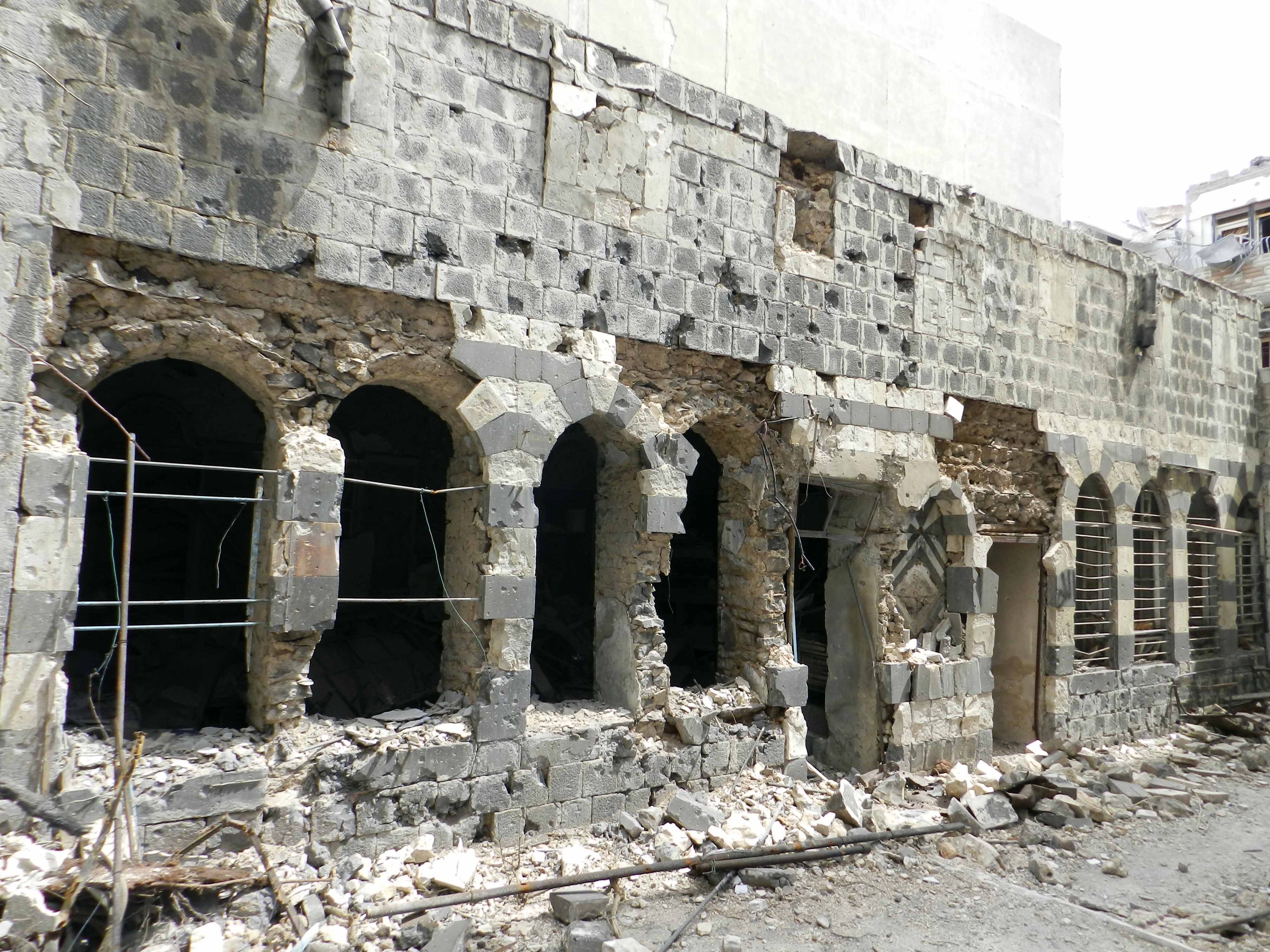 Once bustling and full of of life, world heritage now stand crumbling and echo the sounds of bombs

It has been universally acknowledged that during war, heritage is one of the first causalities (although it should also be acknowledged that the human cost is rightfully the greater concern). This was seen in Iraq, Egypt, and more than ever in the continuing conflict that encompasses Syria. Numerous articles and reports have been written on the declining state of all six of the world heritage sites that Syria lays claim to (the ancient cities of Aleppo, Basra and Damascus, the ancient villages of northern Syria, Crac des Chevaliers and Qal’at Salah El-Din, and the site of Palmyra). As such it is refreshing to write of some positive action being taken to try and halt the effects.

UNESCO world heritage have announced that in order to consistently and carefully monitor the world heritage sites they will establish an observatory in nearby Lebanon. During the conflict this will form a base for the monitoring of structures, artefacts and intangible heritage. This refers to heritage that, whilst cannot be physically touched, still requires protection. It includes the use of certain artefacts, beliefs, ways of life and languages or dialects. A British equivalent would be something like Morris Dancing. Whilst UNESCO monitoring may do little to halt the destruction of structures, they will be in a better situation to clamp down on the illegal trade of artefacts looted from museums, private collections or directly from sites. As these are sold out of Syria UNESCO hopes to save them, then hold onto them until such a time that they can be returned. However the trade in illegal artefacts is a massive business – behind only the drugs trade in terms of black market goods. The amount that UNESCO can do is nowhere near enough to stem the tide. However, the idea of the International Council of Museums to create an ‘Emergency red list of Syrian cultural objects at risk’ which lists stolen artefacts and advertises them around the world is helpful in this mission.

Yet the information that UNESCO do collect can be used to ensure a quick restoration of damaged structures once the conflict is over – however there is no promise of when that will be. The issue is that world heritage sites are imprinted of the minds of the populous as important places, which helps a person to identify themselves, their ancestry, and their place in the land. Therefore when conflict erupts these places seem like natural areas to congregate – often places of world heritage are incredibly old, and so offer a sense of security, to control such areas is also a moral-inducing boost to your troops. Once again we can draw upon a British example here. During the worst night of the blitz in WWII London, orders were made to the fire tackling teams to ignore everything else and save St Paul’s Cathedral. The government reasoned that people could survive their homes and business being destroyed, but if the iconic landmark that was St Paul’s went down then so would Britain’s spirit. However, this does little to preserve such sites, as they then become targets for the enemy, and even more vulnerable. Indeed, at each Syria’s world heritage sites there is a large military presence which has to be reduced before the rate of damage can be slowed.

However, UNESCO is still limited in what they do. Every time a new report is released of a destruction they are quick to respond with a press conference about their ‘concern’ and ‘disappointment’, but these do little to change a situation. They also have to justify their place to the Syrian people – after all, what right do they have, as a foreign body, to start telling the Syrian people how, if at all, they should preserve their own heritage, even if that heritage is of value to the whole world? The answer to this would be that they were invited. In putting forward these sites to be included on the list of world heritage, the Syrian government was inviting UNESCO’s input.

Of course, the most ideal action would be to stop the conflict and bring stability back to Syria. However this is not UNESCO’s place or specialty. However, what they are attempting to do does have reference upon that. When the conflict finally does end, with any luck UNESCO would have protected enough that the Syrian people have a history, heritage and identity that they can return to. This offers them the courage, stability and the beginnings of healing which will help them to rebuild their lives.