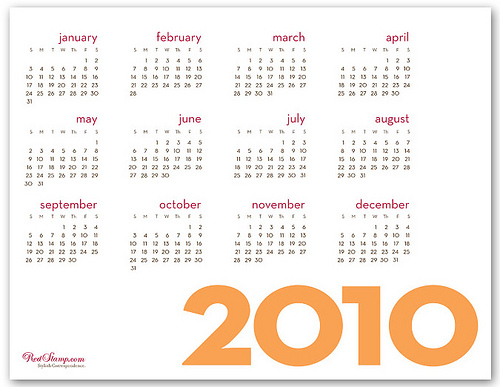 What will last year be remembered for?

If you were asked to state the most memorable event of 2001 there is little doubt that most of you would immediately name the 9/11 attack on the World Trade Centre. But the same year marks the launch of Wikipedia on the internet; surely this was a groundbreaking event too? And what about the UK foot and mouth crisis that caused the slaughter of over ten million sheep and cattle? Or will the year be remembered as a cinematic tour de force, marking the beginning of two iconic film series: Harry Potter and The Lord of the Rings?

And if you were asked the same question about 2010, what would be your answer?

Ten years from now, will last year be remembered for the creation of the coalition government, for the environmental disaster ensuing from the BP oil spill, for the royal engagement or for the “big freeze”? Was a discovery made that changed our way of thinking or a new product created that revolutionised our lives? Or will the entire year be lost in the fog of economic crisis?

The debate begins as a few budding historical commentators make their predictions as to what will come to be remembered as 2010’s defining event. 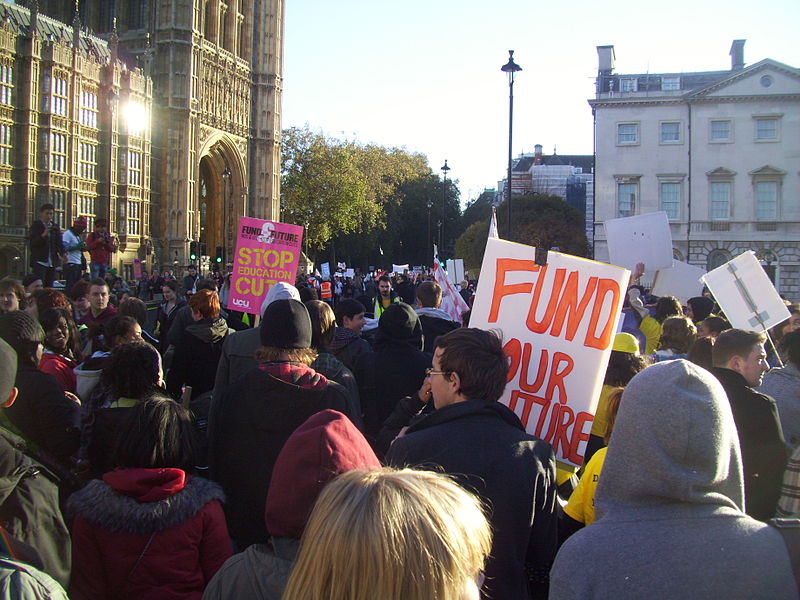 Students express their frustration at the Houses of Parliament

Sophia James: “I experienced a kind of epiphany over the Christmas break. Before, I cynically went about my business with a glass half empty, assuming that popular protest was ineffective when directed against a government seemingly committed to withdrawing its support in virtually all areas of the public realm. I considered efforts to shield education from the merciless axe of the Coalition justified, admirable, but ultimately futile. How surprising, then, that I have been so converted.

The debate over the cap culminated in December in the form of a Commons decision allowing universities to charge up to £9,000 a year. This will occur against a backdrop of deep cuts with state grants to areas like Humanities ceasing completely. The effects of such cuts will be numerous and far-reaching, making a huge impact on society over the next decade and beyond. My sister, equally hard-working and deserving of a decent university education will, for example, have far less freedom of choice and a good deal more debt – in the region of £50,000 – than I did.

My unexpected transformation took place at a gathering where the turkey was huge and the wine flowed freely. Over several pints of chardonnay, I found myself chatting to a mature student utterly committed to the battle against government cuts. After admitting my woefully inadequate contributions to the war effort, I was shamed by his tales of the frontline and passionate denunciations of the cynics who rolled their eyes at such heroism – I kept quiet. It seems that I have fallen victim to the dreaded curse of the Durham Bubble, and have found myself assuming that all students are as apathetic – a HUGE generalisation, I know, but the BBC estimated a mere 500 attended the Durham rally – as many of my peers.

What is interesting is the fact that of the thousands that took to the streets of the capital during these demonstrations, it seems that many were younger students and sixth-formers wishing to voice their anger over what will indeed adversely affect their futures. This shows that we have an entire generation fighting for their democratic right to education. And they are fighting hard; I do not condone the violence that erupted among the protesters and, equally, the police, but it is hard to deny that this is a major issue that will have huge repercussions for our country’s youth. The rise in tuition fees might not, thankfully, affect me personally, but 2010 will be remembered as the year when students of all ages and backgrounds got vocal and challenged authorities seeking to privatise what should surely be a fundamental right in our supposedly ‘advanced’ society.” 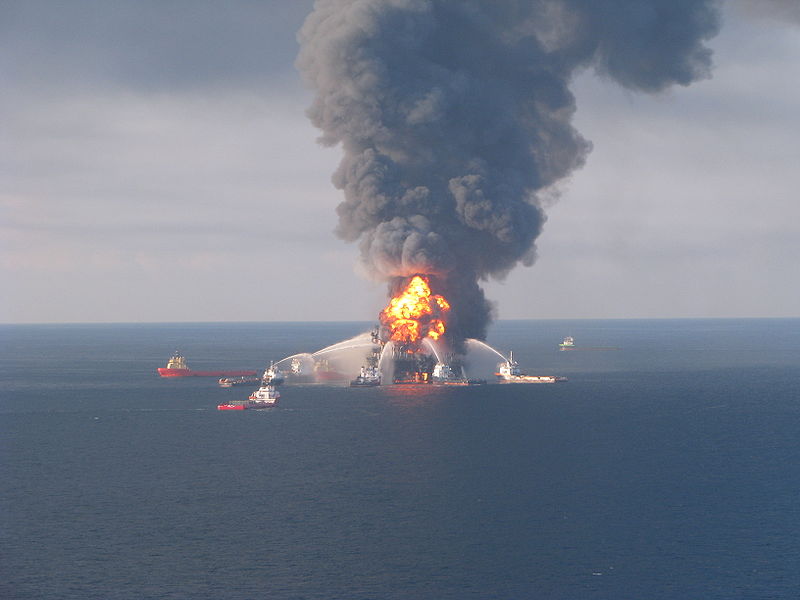 A plume of smoke rises above Deepwater Horizon

Alex Larkin: “Global warming scares failed to hold media headlines nearly as much as in previous years, but perhaps 2010 will be remembered for emphasising the strained relationship that continues to exist between humankind and the natural world. The explosion on the BP wellhead Deepwater Horizon plunged the Gulf of Mexico into the largest accidental oil spill ever known, affecting wildlife and their habitats. Though we must wait to fully appreciate how much damage was caused to local wildlife, especially their breeding patterns, many sea turtles and birds were claimed by the disaster.

Arguably, mankind has come a long way from earlier environmentally damaging spills, such as the Exxon Valdez incident in 1989 which witnessed the collapse of much of the area’s marine population and the death of over 100,000 seabirds. Yet it was not BP who prevented most of the damage done to the coastline (indicated by the fact the oil was not stopped until mid July), but rather the influence of nature itself with tides and winds preventing more oil from landing on the shoreline and creating even greater devastation. The extent of the damage makes the disaster one of the clearest images of mankind’s failure to protect nature in recent years.

However mankind itself felt the full force of the planet in April 2010 as many were left helpless and trapped around the world despite the efforts of governments and scientists. I am referring to the eruptions of Eyjafjallajökull in Iceland. This plunged Europe into a state of emergency which prevented travellers (myself included!) from returning home by air, leading to people trying to get back by almost any means. This event had major financial consequences as many businesses were unable to transport goods around the world or into Europe. Kenya recorded losses of almost 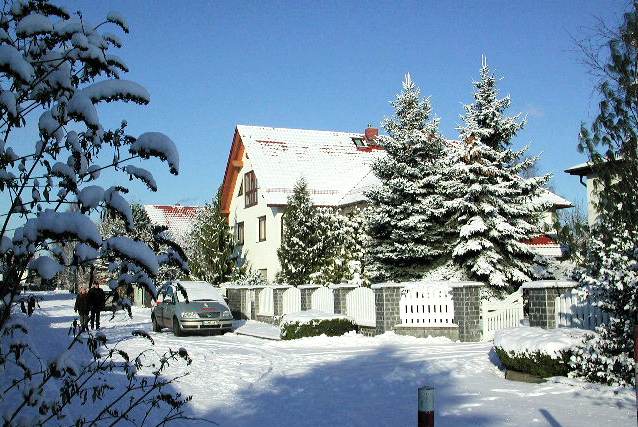 A scene of beauty or inconvenience?

4 billion dollars a day due to the inability to transport goods into the European market, showing that despite the eruption occurring over 5000 miles away, African countries were hit hard.

There were many other examples of the balance between man and nature yet the two I have highlighted here, and their proximity in terms of date, emphasise the precarious balance of the relationship. Of course events are only judged on the perceptions of later generations but gradually ecological issues are becoming more rooted in the political agendas of many countries and perhaps the consequences of this year will be viewed accordingly. Certainly these two events highlight how much responsibility the human race has to exercise in its dealings with the natural world, yet also how powerless it is despite all its advancements.”

Neill George: “The one thing elderly people never seem to forget is how cold it was in 1964, how much it rained in ’73, or how in ’82 it was sunny for a whole weekend. If you dare to get excited by the snow, they’ll tell you that when they were young they were sent to the shops in their bare feet to get bread, and the snow was so high that they snagged their trousers on top of the church spire. If it rains, you best be glad you weren’t there 25 years ago when they went out to the shop in their bare feet to get bread, only to have to swim back home. If foggy, then a week before you were born, bare feet, bread and so on and so forth.

Oddly enough, these meteorological marvels always seem to occur just out of reach for you to have experienced them because, if you had, then the old people could no longer say, back in my day… So, when, in the future, you’re being asked about the year 2010, what do you think you will say? It won’t be the recession, because chances are there’ll have been several since. It won’t be the Chilean miners’ rescue; that will have been overshadowed by astronauts being rescued from their moon-base in 2032. Eyjafjallajökull is too hard to pronounce to even try and recount that story, and chances are it won’t even be Wikileaks, because they’ll still have another 100,000 diplomatic cables to go and everybody will be bored of it.

No, chances are that when asked about 2010 you will seize this opportunity and begin telling the tale of how one morning, when it was −30 degrees in Durham and blowing a blizzard, you ventured out to Tesco wearing just…”

Do you agree? What do you think 2010 will be remembered for? Have your say by commenting below.