To Deprave and Corrupt: Censorship, Videotape, and the Hollywood Remake 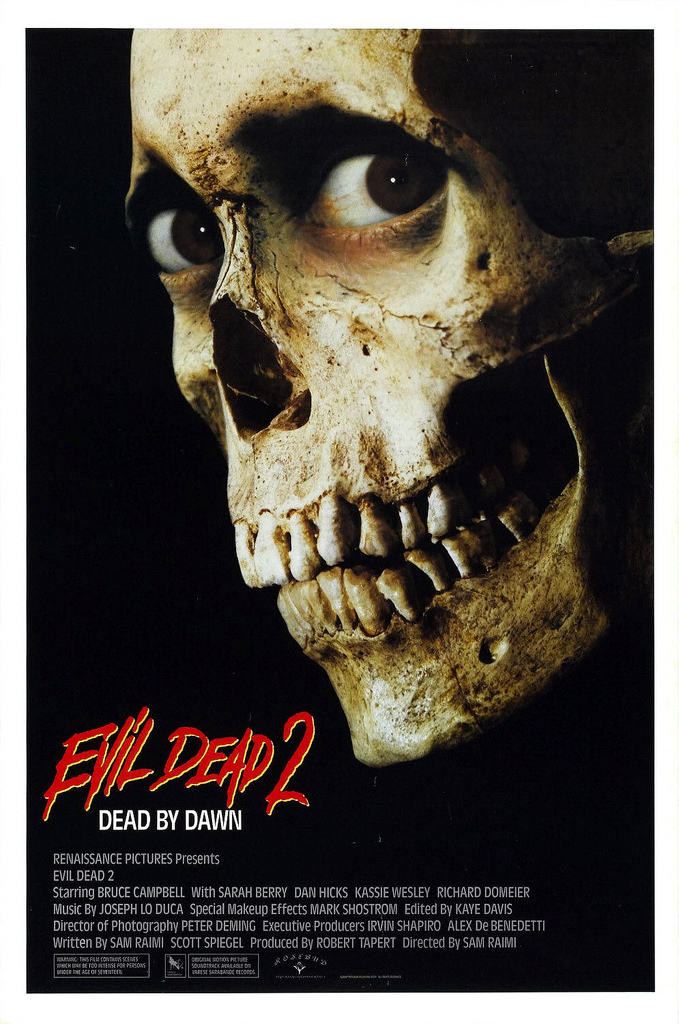 With angry protesters tearing up the streets of the capital and a platinum-blonde Italian-American dominating the hit parade, it’s no surprise that tabloid hacks are cramming column inches by reeling off the countless parallels between our current decade and the 1980s. One similarity, however, between the reigns of David C. and Mrs. T. seems to have evaded their notice: the spectre of film censorship is haunting the United Kingdom once again.

In the last few weeks the British Board of Film Classification (BBFC) has cut a whopping seven minutes from Srdjan Spasojevic’s A Serbian Film, thereby ensuring that every self-respecting horror fan will do everything in their power to track down an uncut print of the film and revel in its depravity. There are alarming parallels between this move and the so called “Video Nasty” craze of the Thatcher years. For when Mary Whitehouse campaigned in that period, the BBFC cut indiscriminately and Parliament even legislated to protect society – both human and canine – from the plethora of thoroughly debauched horror movies that swamped the unregulated British video market following the triumph of VHS.

This debacle, which exposed the very worst characteristics of both Fleet Street and Westminster, is admirably documented in Jake West’s documentary Video Nasties: Moral Panic, Censorship and Videotape. The film in question here is now available, along with introductions and trailers to all seventy-two movies that were banned by the Department of Public Prosecutions during the craze. Not only does the documentary delight in the sheer lunacy of the censors – former Tory backbencher Geoffrey Wright describes MPs being physically sick when he arranged a viewing of some of the flicks in the committee rooms of the House of Commons – it also completely undermines the “Video Nasty” label. Such a thing never existed in fact. Sure, there were plenty of badly made, shamelessly exploitative films that were banned by the Director of Public Prosecutions, but it would be unfair to let these bad exceptions spoil the reputation of some of the quality flicks that attracted the censors’ wrath.

Amongst the masterpieces that found themselves banned in Britain were Italian auteur Dario Argento’s Inferno, the sequel to his groundbreaking Suspiria, and Andrzej Zulawski’s Possession, a self-consciously ambiguous film that directly engages with and subverts Ingmar Bergman’s classic Scenes from a Marriage. Possession was so well-respected by continental audiences that the lead, Isabelle Adjani, won the prize for best actress at Cannes in 1981 for her performance. The “Video Nasty” craze also introduced Sam Raimi to a whole generation of movie fans – including the young Edgar Wright, who regularly cites Raimi’s Evil Dead Two as his favourite film.

One of the more obscure visual references that abound in Wright’s work, however, is the memorable impaling of Timothy Dalton on a miniature church tower during the final image of the climactic car chase in Hot Fuzz. The source material, Ruggero Deodato’s Cannibal Holocaust, isn’t that widely known amongst mainstream cinema audiences, but its video release – complete with the tagline “Eaten Alive! The Ultimate Terror Movie!” and an unfounded reputation as a genuine snuff film – prompted the outrage of Mary Whitehouse. This standard bearer for cinematic decency never actually bothered to watch the film, but nevertheless she did campaign relentlessly to have it banned, thereby starting the whole “Video Nasty” craze in the first place. Whitehouse had her way, and in fact, the uncut version of Cannibal Holocaust still remains banned in the UK to this day. And yet the film continues to entice horror fans well into the twenty-first century and be the inspiration for many more movies.

Now, believe me, Cannibal Holocaust is an incredibly difficult film to watch – not only that, it is easily the most depraved film I’ve ever seen – but Deodato’s talent as a filmmaker goes without question. Indeed, from a purely formal perspective, Deodato’s talents are obvious to even casual film fans. The special effects of the 1980s are usually laughable to modern audiences, but Deodato’s work in Cannibal Holocaust provokes a strange sense of nostalgia for the days before computer-generated graphics. Some scenes are so well executed that Italian prosecutors issued a warrant for Deodato’s arrest, on the grounds of suspected homicide. As a response, the director appeared on national television with the film’s cast, where they recreated the memorable impaling scene, just to prove that no people were harmed during filming.

Thematically, the film is equally outstanding. Besides its scathing attack on journalists, a favourite enemy of classic Italian cinema going back to La Dolce Vita, Cannibal Holocaust engages with the centuries-old western literary conceit of the Cannibal. In the opening scene, whilst the camera skips through a series of laconic shots of New York City, resting for a while on a view looking down Wall Street, a young journalist calmly informs his audience that four American students have travelled to a South American jungle in order to make a film about “Primitive tribes isolated in a ruthless and hostile environment, where the prevailing law is the survival of the fittest”. The acute implication is that if the protagonists truly want to examine the darker side of human nature, they would be confronted with a similarly horrifying experience if they were to simply walk around their own city.

Of course, Cannibal Holocaust is far from a beacon of morality – three animals were genuinely killed during filming, all of them on-screen – and the acting is sub-standard to say the least. There are, however, clear outlines of what could be an excellent film. Given the predominant failure of Hollywood remakes in relation to other notorious horror flicks, including this year’s terrible reworking of I Spit on your Grave, this writer, at least, hopes that a bigger budget, combined with a sincere desire to do the film justice, could yet make a masterpiece out of Cannibal Holocaust.