The True Value of Film Awards 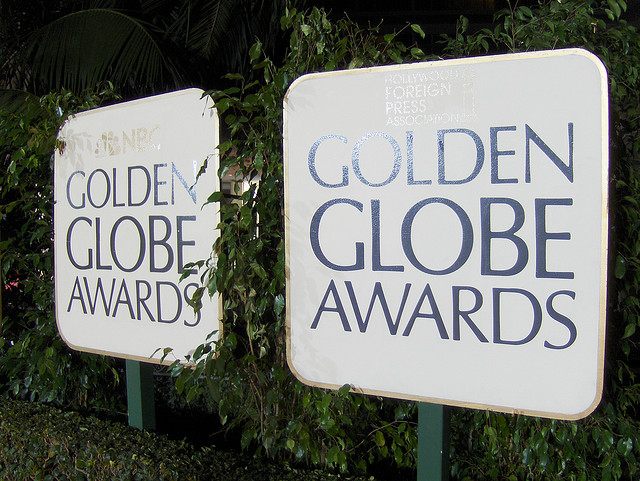 Generated by critical reception following the release of a new film, the attention of cinema audiences are periodically focused on the annual Academy Awards Oscar ceremony in the United States: an event which some believe to be the definitive recognition of the success of a film. But what is in effect the true value of an award in recognizing a really good production? There are several benefits of awards with reference to the major ceremonies associated with the film industry. Apart from the Oscars, key awards such as The Golden Globes and the British BAFTAS can evoke expectations and generate interest from the media to thus establish the stamp of approval on a film, marking it as an outstanding contribution to the film industry. Whether in Hollywood, the British film industry, or indeed amongst the circuit of international filmmakers, critics are sometimes divided in their reviews regarding a film that has been honoured. Despite this difference of opinion, it is certain that if box office returns are favourable there are a selection of films which are not only commercially successful to the studios, but also remain critical favourites. Such films increasingly benefit in the wake of the modern era of digital re-mastering for today’s audiences. The musical My Fair Lady (Dir. George Cukor, 1964), which won eight Academy Awards, is one such example.

Film awards also place a hallmark on a film, thus ensuring the popularity of its cast and in some cases, a promotion of honourable values with universal appeal. Ben Hur (Dir. William Wyler, 1959), with its rousing musical score by Miklos Rozsa, won eleven Oscars, and is memorable even today within the genres of both epic and religious films. Although a Hollywood film, it included a strong British cast, including superb performances by Hugh Griffith as the quirky but stout-hearted Arabian prince, and Jack Hawkins as the Roman commander who befriends Ben Hur. An award winning film can also launch the career of an actor or actress. The actress Sally Hawkins starred in the 2007 British television production of Jane Austen’s Persuasion (Dir. Adrian Shergold), and a key film then followed in Mike Leigh’s Oscar-nominated Happy Go Lucky (2008). Awards can also recognize the talent involved in a screenplay and the director’s own auteur upon a film. Sean Penn’s critically acclaimed Into the Wild (2007) was a film that thoroughly deserved nominations in two categories, Best Supporting Actor and Best Screenplay, and is a thought-provoking and engaging story of a young man who sought his destiny in the outback of Alaska, but tragically perished whilst pursuing his dream.

Although there are advantages of recognition for outstanding contributions, some searching questions remain unresolved. Are awards really representative of the true opinion of a filmic audience? Moreover, an award ascribed to one film may place a greater expectation on a director or actor to do even better on his next film. If such an accolade is not forthcoming, critics may consider that actors are beyond the peak of their achievement. The Hollywood actor Gary Cooper won an Oscar for Sergeant York (Dir. Howard Hawks, 1941), but he would have to wait another eleven years until at the mature age of fifty-two he won his second Academy Award for the low-budget western High Noon (Dir. Fred Zinnemann, 1952). In its storyline charged with suspense, the ageing Marshall Kane of High Kane is left alone to face the return of a former foe and risks losing the love of his young bride to be, yet he dutifully achieved what had to be done. The number of awards does not necessarily put an extra value on the merit of a famous actor. Hollywood greats such as Humphrey Bogart and John Wayne only picked up one Oscar each for their entire careers. Wayne’s career spanned more then forty years, including such timeless classics as Stagecoach (Dir. John Ford, 1939) and The Searchers (Dir. John Ford, 1957); Wayne is, however, a figure coming into focus once more due to the recent adaptation by the Coen brothers of his Oscar winning vehicle True Grit (Dir. Henry Hathaway, 1969). Award panellists may also increasingly find it a difficult task in selecting a film or cartoon feature for the recognition of its special effects, particularly with the prevalence of CGI and 3D. With these factors taken into account and with this digital technology now a staple feast for cinema-goers, there is no easy route to assess the creative talent or originality that went into a feature. The opportunity to recognize true acting talent is problematic where special effects may overshadow a compelling performance from an actor.

There is moreover significant evidence which illustrates that a film deserving an award is often noteworthy for its touching and sensitive material; this feature is highly compelling for cinema audiences, especially where an actor gives a performance that is radically different from one’s expectations. However, a film that has the most enduring appeal over the years may have also have extended interest for other reasons than the credit of an award; for example, the Oscar-laden Hollywood musicals Calamity Jane (Dir. David Butler, 1953) and The King and I (Dir. Walter Lang, 1957) are distinguished by their beautiful scores containing memorable songs which have become perennial favourites. There are also films that evoke nostalgia for veteran servicemen and women, such as the British Second World War features depicting the armed forces in One of Our Aircraft is Missing (Dir. Michael Powell, 1942) and The Gentle Sex (Dir. Leslie Howard, 1943). These are meaningful productions from British studios, low-budget in comparison with major Hollywood projects, but nevertheless they have stood the test of time and are broadcast even on contemporary television.

In conclusion, film awards are an excellent recognition of hard work in the film industry and there is no doubt there are advantages of an award status, both in Hollywood and within the British film industry. There are, however, a number of films and film stars which may not have hit the big box-office or achieved recognition and yet still belong to a range or genre of films deserving of our praise, and which remain popular to this day on syndicated television, DVD, or by virtue of an internet download. Just because a film or animated feature does not wear the accolade of an award does not lessen its appeal, particularly if cinema audiences find solace and appeal in its storyline. A feature film that successfully straddles the cultural interest of several decades can be popular even for today’s audiences.