The Rise of Motion Capture in Modern Cinema 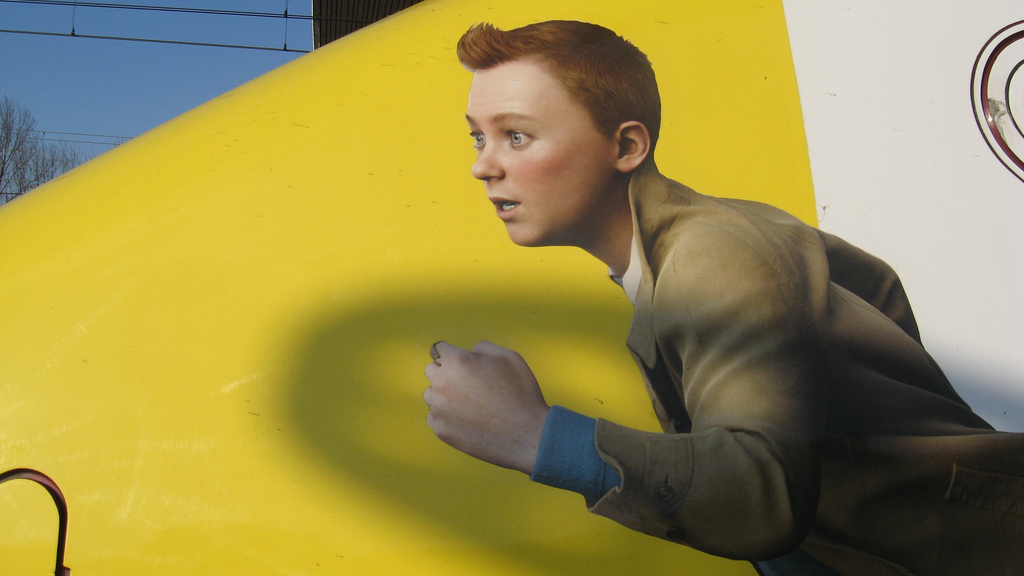 The Adventures of Tintin – Critically Snubbed?

This article nearly began as a standard complaint about Oscar nominations. Michael Fassbender overlooked for Shame; Trent Reznor and Atticus Ross ignored despite an exceptional score for the remake of The Girl with the Dragon Tattoo. Then I realised that some of the snubs about which I felt most strongly shared a common thread. The Adventures of Tintin – a film I’ve mentioned before on The Bubble () – received just one nomination, though admittedly for a well-deserving score by the legendary John Williams. Rise of the Planet of the Apes, last year’s ‘intelligent blockbuster that it’s acceptable to like’, is nominated only in the Visual Effects category. Now, while it may be obvious that these films are both heavy on special effects and destined to be big multiplex pieces, it’s perhaps less apparent that each of them uses a particular technique that the Academy – and the film industry in general – is proving reluctant to accept. Although it’s been in use for years, performance capture (or motion capture) is still struggling for the recognition it deserves.

Even those who haven’t heard the term before will probably be familiar with some of the products of the technique: they include Gollum in The Lord of the Rings trilogy, the remade King Kong, The Polar Express, a young Jeff Bridges in Tron: Legacy, and, of course, Avatar. Other members of this flourishing sub-group are Tintin and Caesar, the principal ape in Rise of the Planet of the Apes; (I’m sure I’m not the only one who would like to pretend Beowulf never happened). An actor wears specialised markers at key points on their body and face, allowing their movements to be sampled multiple times per second. This data is then mapped onto a 3D model, meaning that the actions of the performer are carried out by the digital figure. As a result, filmmakers can benefit from all of the subtleties of an actor’s contribution, inevitably lacking in a purely computer-generated character, without sacrificing that character’s visual appearance to the demands of costume and makeup.

The big question is ultimately how to categorise performance capture. The film industry seems undecided as to whether it’s just a visual effect or a manner of representing a performance – and there really is a big difference. Just look at the difference in the two names given to the technique: ‘performance capture’ puts the whole emphasis on the contribution of an actor; ‘motion capture’ implies nothing more than a collection of actions converted into data. The latter is a huge underestimation of the performer’s significance – Andy Serkis, for example, researched primate behaviour extensively to play King Kong, even further to prepare as Caesar, and every move those characters make belongs to him. He is directly responsible for the audience’s response to his character, just as he would be in a live action film. The same can be said of his work on Gollum, or Zoe Saldana’s performance in Avatar (easily the best thing in that film that wasn’t the visuals); they are characters who must be approached like any live action role. Given the added difficulty of acting in such a manner – without full costume, a complete set, or any of the other accoutrements that help actors to get a sense of character, place and period – to consider performance capture simply as a form of animation seems insulting.

The other side of the coin is an entirely purist view of acting as a craft. Prejudice remains about the idea of a technical team mediating a performance and thereby leaving an impure stamp on acting. Still, given the advances made in recent years, especially in facial performance capture, it’s becoming increasingly hard to see where subtle gestures and movements could be lost, and when appearances have to be altered, it is to enhance the character without losing what the performer has given. Saldana would never have been able to play a 9’ tall, strangely shaped blue cat-person in a pure live action film owing to the fact that, while there are plenty of tricks to give the illusion of height, she isn’t blue and isn’t strangely-shaped. At the very least, she would have needed extensive makeup, and doesn’t that work on the same principle – altering an actor’s appearance to aid their performance?

This brings me back to the Academy question. The Adventures of Tintin won the Animated Feature Golden Globe, but wasn’t even nominated for the Oscar, despite the fact that it beautifully blended performance capture and CGI to make a visually impressive and irresistibly fun adventure that karate chops [please excuse the cringeworthy pun, ed.] the inexplicably nominated Kung-Fu Panda 2 to pieces. This can however be put down to the timing of an autumn release and the success of Spielberg’s other award-destined piece, War Horse. More significant is the snubbing of Caesar – while there might be a case for saying that Serkis is let down by the film itself, the same has been said of Meryl Streep in The Iron Lady as well as many previous nominees, and it’s all too tempting to suspect that Hollywood’s uncertainty about performance capture explains why Rise of the Planet of the Apes was only deemed worthy of a Visual Effects nod.

I strongly suspect – indeed, genuinely hope – that Andy Serkis will win an Oscar one day for a performance capture role. He probably deserved one for Gollum. I fear, however, that like Alfred Hitchcock, he will be ignored by the Academy until the latest possible moment, when an honorary statue will be thrust into his hands. Here’s hoping that, as studios and filmmakers have increasingly embraced the storytelling possibilities offered by the technique, the opportunities it affords actors will be equally appreciated.