The Return of Sherlock Holmes, for Better or Worse, to the Silver Screen 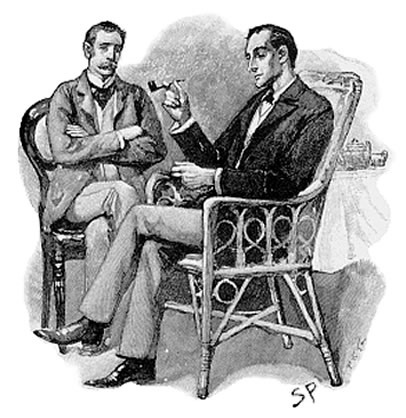 Sherlock Holmes – Simply elementary or just simple under the direction of Guy Ritchie?

For those devoted Sherlock Holmes fans that have not seen Guy Ritchie’s Sherlock Holmes movie, you are in for a surprise. Don’t expect the dapper detective smartly dressed in a three-piece suit, frock coat and top hat in the style of the UK Granada television embodiment of Holmes as played by the great Jeremy Brett. As a dedicated fan of Sherlock Holmes, I found the departure from the traditional Sherlock Holmes character far too radical; although, Robert Downey Junior makes the best of what must have been a difficult assignment and Jude Law carries the character of Dr. Watson with conviction. This is by no means Downey’s first representation of a British character on screen. His portrayal of Charlie Chaplain in Richard Attenborough’s film Chaplain (1992) won him an Oscar nomination for Best Actor.

My overall impression of Sherlock Holmes was that the cool debonair of the original Holmes was missing, and this devalued the film’s potential to engage with the audience’s attention. I found myself wishing that Holmes would surely benefit from a haircut, a shave, and a new suit of clothes in this new version. At certain moments also, the film dwelt too much in this departure from the traditional character of Holmes. Is it really credible that Sherlock Holmes should indulge in a bare-knuckle fighting contest to win himself some money?

However, the screenplay generally holds together well, and there are some positive features of director Guy Ritchie’s interpretation of the Sherlock Holmes legend. For example, the film presents a superb reproduction of Victorian London with a combination of CGI and studio sets. There is some humorous camaraderie in the fight scenes and Holmes did have an opportunity to demonstrate his bravery and his devotion to his friend and colleague Dr. Watson towards the end of the movie. At this juncture, I felt that the opportunity to show him as a brave man rather than just a clever off-beat individual came too late, but still full marks to the director’s skill in using slow-motion cinematography.

Mark Strong is amiably, albeit somewhat repetitively, cast as the villain and is an actor who can handle a diversity of roles such as the character of Mr Knightly in the BBC production of Andrew Davies’ adaptation of Emma (1996). The combination of Jude Law and Robert Downey Junior gives Sherlock Holmes its star value, so rather than casting any unknowns in these two famous roles, Ritchie has at least ensured that the film will be good box-office material. It would be interesting to see a sequel to this movie and it was also great to see Holmes and Watson back on the silver screen after so long an absence.