The Return of Hunter S. Thompson to the Cinema: The Rum Diary 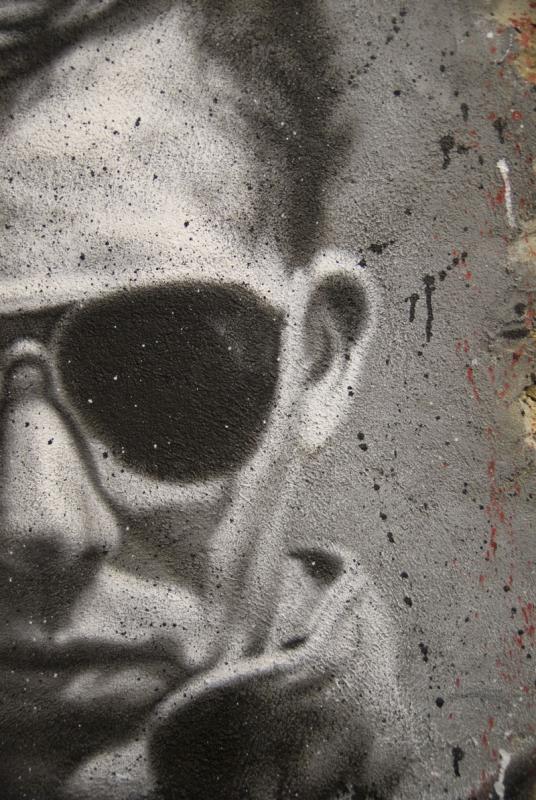 Over a decade following his psychedelic explosion onto the silver-screen as Raoul Duke in Fear and Loathing in Las Vegas, Johnny Depp returns once more as the enigmatic father of Gonzo journalism, Dr Hunter S. Thompson, in an adaptation of one of his most revered novels, The Rum Diary. Directed by Bruce Robinson, famous for his atypically British cult classic Withnail and I, The Rum Diary sees Depp playing Paul Kemp, a young idealistic writer-turned-journalist who finds himself in the chaotic Caribbean climes of late-1950s Puerto Rico, working for the failing island newspaper, the Daily News.

Before long, Kemp joins the motley crew of vagrant and nonconformist American journalists working at the News, forming an affable on-screen partnership with photographer Bob Sala (Michael Rispoli). Kemp soon moves into a grubby apartment in the centre of the island with Sala and another journalist at the Daily News, the ultra right-wing Moburg (Giovanni Ribisi), whose propensity to severe inebriation soon engulfs both Kemp and Sala. In escapades fuelled by the ‘Moburg Bivocal’, a 470-proof home-brewed rum, the three journalists suffer frequent misadventures with the lawless locals and the island’s corrupt police force, and even an encounter with Moburg’s hermaphrodite witchdoctor. This lethal medley of alcohol-consumption is surpassed only with the introduction of Kemp and Sala, by the aforementioned Moburg, to ‘the strongest narcotic known to man’, resulting in a brief psychedelic interlude that bears obvious allusions to scenes in Fear and Loathing in Las Vegas.

There exists however, two sides to the Puerto Rico of The Rum Diary: one of alcoholic excess, struggling journalists, and a lawless cast of local inhabitants; and the other which is dominated and monopolised by the hedonistic elite of a throwback to a seemingly earlier American society, constructing their own version of the American Dream on the Caribbean coastline. Struggling at the Daily News, Kemp is hired by Sanderson (Aaron Eckhart), a scheming American businessman, and soon bears full witness to the corruption and decadence of the ‘Great Whites’ of American society. Through Sanderson, Kemp meets the stunning Chenault (Amber Heard) and becomes fully embroiled in a highly destructive love-triangle, soon becoming overwhelmed by his romance with the young beauty, who fully reveals to him the darker side of the decadent American Dream during a dramatic festival on the neighbouring island of St Thomas. Chenault remains with Kemp for a fleeting space of time, before returning to New York, spurning both Sanderson and Kemp in the process. By the end of the film, with the inevitable closure of the Daily News, Kemp is left jobless and destitute, but he emerges a changed man. He leaves the Caribbean loathing those ‘bastards’ who perpetuate the American Dream, the dark side of which he has borne full witness to, and having found the ‘voice of ink and rage’ that he was searching for.

Although the The Rum Diary may arguably lack pace at points, the film is a highly entertaining one. Robinson instils the motion picture with moments of pure madness, hilarity and insanity, and creates an authentic feel of Puerto Rico at the turn of the Sixties with some truly stunning shots of the island’s scenery and a classic soundtrack that resonates with the energy of the Caribbean. Both Eckhart and Rispoli give very convincing portrayals of the ironically nostalgic Sanderson and the down-and-out but down-to-earth Bob Sala. And let’s not overlook Amber Heard, with her radiant performance as the heavenly Chenault. Particular praise must however be given to Giovanni Ribisi in his frantic portrayal of Moburg, whose recklessness is a portent into the darker side of the excesses of the journalistic life itself, and who at many points in the film steals the show. Ultimately though, The Rum Diary is a testament to yet another captivating performance by Johnny Depp, whose long-awaited return to the silver-screen as Hunter S. Thompson does not disappoint.

But for the more zealous fan of Gonzo, for the true Fear and Loathing fanatic, whether you consider Hunter S. Thompson a cult hero, a literary genius, or even if you just look up to him recreationally, does it feel like there’s something missing from The Rum Diary? Compared to the lethal medley of alcohol abuse, chemical-induced frenzies, and psychedelic rampages that bestows Fear and Loathing in Las Vegas its much-deserved cult status, The Rum Diary seems ironically sober. It is however in this manner that Bruce Robinson has created a highly respectable motion picture, one that stays true to the essence of the novel. The Rum Diary is a precursor to Fear and Loathing in Las Vegas, showing the young idealistic Thompson trying to find his literary voice. A voice that will erupt in all its glorious acrimony in the pages of Fear and Loathing in Las Vegas just over a decade later, pitted against the same depravity of the American Dream that he first encounters during his days in Puerto Rico. Bruce Robinson’s final message to the viewer thus encapsulates the very essence of The Rum Diary: ‘This is the end of one story. But it is the beginning of another’.