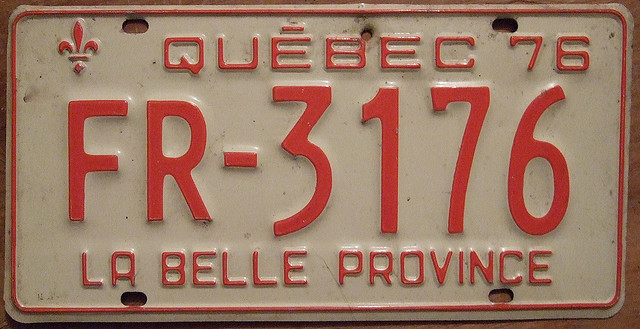 Quebec – The Land That Cinema Forgot?

Quebec and film: not a juxtaposition people usually come across. As a third year language student I am currently spending my year abroad in Quebec (and no Durham, you do not know the meaning of the word snow) and so have embarked upon a discovery of this little-known film industry.

Before my epic journey into the unknown that was Francophone North America, I decided to accustom myself to the peculiar (understatement) accent by renting a Quebecois film. Wikipedia quickly informed me that, for some bizarre reason, Quebec was not a forerunner when it came to cinema. However, there has been a few (mostly independent) films that, whilst not released to a mass audience, were well-received by critics. Having failed to find C.R.A.Z.Y. (a film which shares its Quebecois director with the Anglophone film The Young Victoria) on Lovefilm’s website, I chose instead Le Déclin de l’Empire Amércain (The Decline of the American Empire). This was my introduction to Quebec’s cinematic culture, and a poor choice, as I was to discover. It is possible that the reason for this disappointing start lay in the fact that my limited French could not cope with the vocabulary used by middle-aged intellectuals discussing their sex lives in excruciating detail, yet I am also inclined to believe that the reason I did not like this film was that it took itself far too seriously and fell into my special category of acclaimed films that critics unfathomably faun over. Incidentally, its sequel was the first Quebecois film to win the foreign language Oscar; make of that what you will.

Having arrived in Quebec, more specifically in a little town called Rivière-du-Loup (not inhabited by wolves as its name might suggest), it wasn’t long before I hunted down the local cinema. Cue a deep sigh of relief that one, there was a cinema and two, it showed at least four different films each week. I have to admit that this is one of the first things I googled when I learnt the whereabouts of my placement, thinking heaven help the program employee that chooses to place me somewhere with no cinema for ten months. Admittedly, my first visit was to see a dubbed Anglophone film – Step Up 3D, to be exact (don’t judge me, it really was better than the painful Step Up 2, and yes I have seen them all). Come to think of it my second and third films were dubbed Anglophone ones as well, a point I shall return to later. These first trips did, however, serve to introduce me to the mandolin music and movie trivia/quiz questions that precede any film at Cinéma Princesse (Who does this hair belong to? A, Tom Cruise; B, Benjamin Bratt; C, Harrison Ford?!). But I digress.

The first Quebecois film to be watched on Quebecois soil was Incendies (Fires), which did much to rectify my opinion of film in this province. An extremely intense exploration of religious confrontation and politics in the Francophone Middle East, Incendies was brilliantly acted by its two principal leads, Melissa Désormeaux-Poulin and Maxime Gaudette, and truly moving. The only comment I would make is that there was no levity. I mean none. The two leads spend the film searching for their brother and father at the request of their recently deceased mother only to discover, and I quote, that “one and one don’t always make two”. Such are life’s little comedies. This gravity should not be and was not a problem per se; I for one love a good depressing film every now and again. The problem stems from the fact that this lack of levity seems to be a trend in Quebecois film-making (a film being shown this week is about a dangerously violent ten-year-old boy), and when accompanied by a dose of indie experimentation and a dollop of pretentiousness (which Incendies was not, I hasten to add) the result is not altogether successful, as my other recent cinema trips have proven.

I am, however, still trying to reserve judgement. After all, I have not seen that many films from Quebec, although with only 620 films produced or co-produced by Quebec since the 1940s new releases are not all that common. Whilst airing my doubts over Thanksgiving dinner last weekend I was given the names of two films which I apparently must see: Bon Cop, Bad Cop and La Grande Séduction, the latter about a small community trying to lure in a GP. So we shall see.

I suppose one reason why mainstream films are less commonly produced here is that America has that industry covered. As I mentioned earlier, the vast majority of films shown at my local cinema are American and dubbed. Where is France in all of this? You might ask. I have now had various conversations with Quebecers who all tell me that they would rather watch an American film dubbed than a French-language film from France. A great distress for me as I have consequentially missed the summer hit Heartbreaker and no doubt will fail to see the eagerly anticipated The Princess of Montpensier. Whether this refusal to show French films (a slight exaggeration as some are shown in cinemas in Quebec City and Montreal) is a matter of principle, accent, or taste I cannot decide. I simply find it extremely strange that such an impressive pool of Francophone cinema is ignored by a province whose own Francophone films are comparatively few and far between, especially considering Quebec’s usually aggressive stance on the invasion of English into any matters of language. To me, it all seems a little contradictory and it will be interesting to see how long Quebec manages to walk the line between protector of the French Language and embracer of American culture.