The Man who Shot Liberty Valance 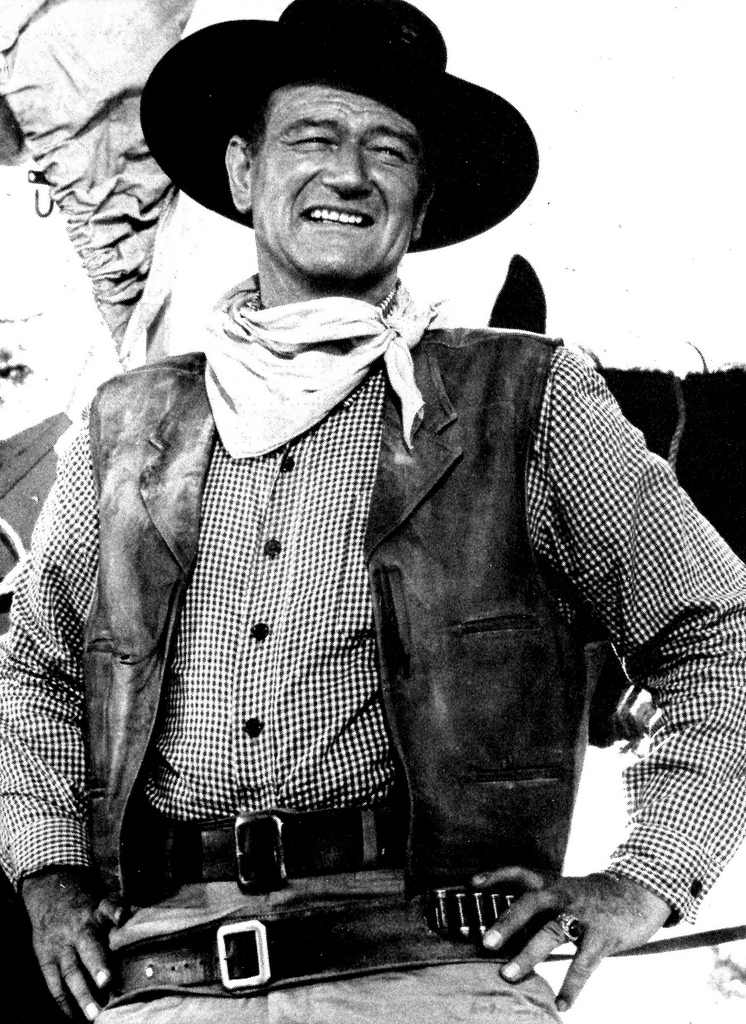 If film fans are expecting to see screen icon John Wayne in widescreen Technicolor riding the range, as is the case with other John Ford classics such as The Searchers (1957), then this is notably absent in The Man Who Shot Liberty Valance. But nonetheless, the film is memorable and compelling for a number of reasons. It was shot in black and white at a time when colour cinematography was much more established in Hollywood. James Stewart and John Wayne were already iconic stars and established in starring roles, but it is in The Man who Shot Liberty Valance that they unusually share the leading role as co-stars and it was the first time these greats had starred together. The film, in contrast to the framework of a commercial feature, evokes an impression of a television movie with its pre-dominantly studio-bound sets and an absence of vast panoramic scenes. With its moral philosophy, the film also foreshadows the more philosophical television Westerns such as the long-running television series, The Virginian or Bonanza, and reflects the trend of the growing popularity of television in this era. Moreover, it is worthy of further analysis since the film is more complex than the standard good guy/bad guy story, and unusually for the Western genre it is told in flashback.

The story-line begins with Congressman Rance Stoddard played by James Stewart when he visits the town of Shinbone for the funeral of Tom Doniphon (John Wayne). In flashback, Stoddard tells his story to an inquisitive newspaperman. The film shifts back to his days as a young Attorney-at-Law. He is on his way by stagecoach to Shinbone where he intends to establish a law practice and is viciously attacked en route by Liberty Valance, the local bad guy. He is eventually rescued and brought to Shinbone by Tom Doniphon. Recovering from Valance’s attack, he is nursed back to health and begins a friendship with the townsfolk, taking a job as a kitchen hand and dishwasher. There are stereotypical moments where Wayne’s character is the only person who is brave enough to stand up to Liberty Valance. Eventually Valance goes too far and brutally attacks the town’s newspaper editor, who exposes him as a thief and a murderer. Stoddard takes a gun, despite his total lack of any skill as a gunslinger, and challenges Valance to a duel.

There follows the pivotal scene of the movie where Valance torments Stoddard. Stoddard advances towards him almost consumed with fear but resolved in his endeavour. He is wounded in the arm by Valance’s first bullet. As Stoddard faces death from his position of pain on the ground, he eventually fires on Valance who falls down dead. Under Ford’s taut direction, utilised to maximum effect, this is the defeat of Valance in a gunfight, despite Stoddard’s evident vulnerability, superbly caricatured by James Stewart. This is the central message of the film that the good morals of those however weak can prevail against injustice. Moreover, Stoddard’s bravery, despite his inherent fear, is a trend towards a grittier portrayal of combat in the combat. But as events befall, there is a twist to this story, which I won’t reveal in this article for the benefit of those who have not seen the film.

Wayne’s character realises that he has lost his girlfriend to Stoddard following his defeat of Valance and shows his discontent in a drunken spree, but comes to his senses aided by the loyalty of his cowhand, Pompey. John Ford’s direction brings consistency to allow Wayne’s Hollywood “good guy” image to prevail, ensuring that the film retained its appeal for John Wayne fans. Despite Wayne’s lampooning of Stewart’s character, who he refers to continually as “Pilgrim”, there is the closing scene at the election in which occurs a notable moment of reconciliation with Stoddard, where he strongly advises him to take the nomination for Congress. The film ends with Stoddard walking back in to the election meeting to do so, and the film’s narrative shifts back to the modern era. For today’s audiences, the final moments of the film are somewhat elegiac, in that James Stewart’s character as an elderly senator is clearly moved at the sight of the coffin containing Doniphon’s body. This is a prophetic reminder that some fourteen years later, these two great actors would be reunited again in The Shootist (1976) where Stewart was present to witness the dead body of John Book (John Wayne) in the final scene, which in reality also proved to be Wayne’s last film before he succumbed to cancer in 1979.

Although The Man who Shot Liberty Valance is about bravery in the face of adversity, it also offers an examination of the importance of values, and furthers suggests a good ending doesn’t come without a price. A reflection, perhaps, on the early 1960s, that times were changing, values were being challenged, but somehow the cohesive factor of integrity and friendship should prevail in a changing world. It is significant that the film, devoid of colour photography, impressive cinemascope or even major awards, retains its appeal. One explanation for its continued contemporary popularity is that the film’s themes reflect some of the challenges that people face in everyday life in terms of dealing with potential tyrants.