The Death of the American Horror Film, or, Why the World Needs Scream 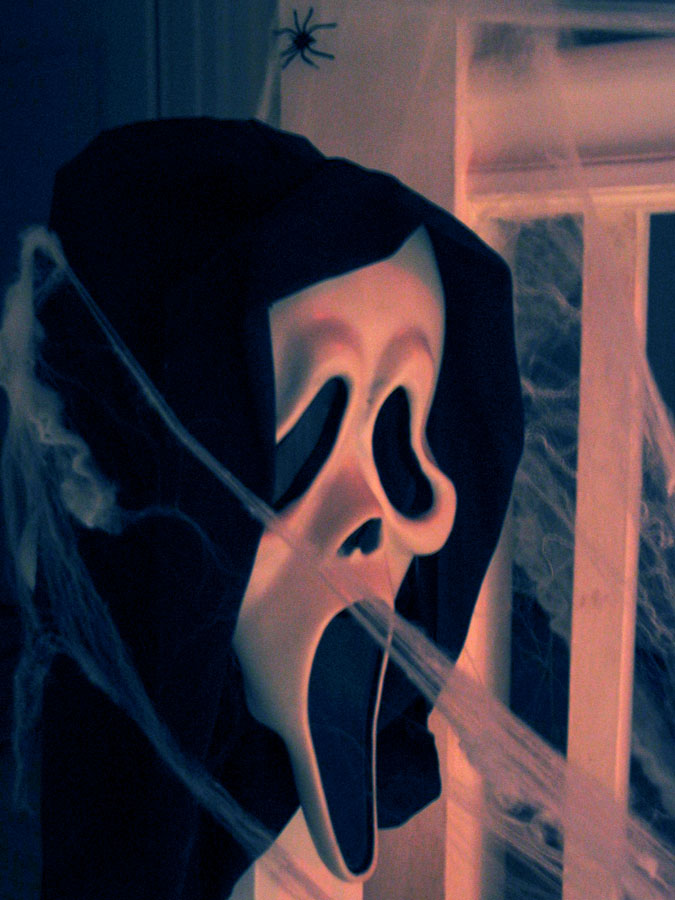 Scream – The Revival of the American Horror Industry

I’m watching a teenage girl stand in an average American high school. Alone in a lengthy corridor (aren’t they always), she looks down to see a broad trail of red streaking the floor. Her eyes follow it to its source, a large, leaking load being dragged by something unseen. I’m trying to tell her she shouldn’t, but she follows it anyway, and finally realises what it is – her best friend, sealed in a bleeding body bag.

I’m 14, and I’m watching A Nightmare on Elm Street. This is the moment when I vow that I too will never sleep again.

To this day, A Nightmare on Elm Street remains the scariest film I’ve ever seen – Wes Craven delivered a suspenseful masterpiece that unapologetically swims in the blood of its victims (ask Johnny Depp), and that terrifies because of the psychological depths it plumbs. Freddy Krueger, like a manifestation of the Unconscious or a repressed memory, will never stop invading your dreams, violating your own mind to bring about your slaughter. That’s why it’s so unique and inspired: a truly original cinematic milestone.

Of course, it spawned a ridiculous number of sequels, as did many of the other seminal slasher flicks – Halloween, Friday 13th, and the like – none of which came close to the standard of the originals, but then few films managed to attain those heights at all. Prom Night, My Bloody Valentine, House of Wax ad infinitum … By the early 1990s, endless and repetitive clichéd mass murders of articulate, hopelessly pretty white teenagers were so much the norm that the genre was old, bloated and ripe for parody. And then Craven gave us Scream.

If you haven’t yet seen the seminal horror film of the 1990s, go and do it now. It’s genuinely frightening, with plenty of blood and guts to go around, but more importantly playing on the idea that your own home isn’t safe – the violation of the safe place which makes A Nightmare on Elm Street and Halloween so effective. What really makes it interesting, however, is the metafictional element. It’s a parody of all the films that came before it. Ghostface, the guy with the iconic white mask your mate probably wore last Halloween, is a horror fan obeying the rules of the genre, but his victims all know them too: girls with big breasts realise that they shouldn’t run upstairs to hide (Jamie Lee Curtis in Halloween, why?), sex, drugs, and alcohol always make you a target, and you should never ever say, “I’ll be right back” (unless you’re a certain late governor of California, of course). Combine this cinematic burlesque with a healthy dose of social commentary – if caught, the killer insists that they can blame everything on the corrosive influence of the movies – and you have a vital, brutal, and wickedly funny shot in the arm for Hollywood’s horror industry.

But I don’t think it worked. If Scream and its two sequels were intended to revive American horror, it’s hard to see how they succeeded. Eleven years have passed since (the admittedly inferior) Scream 3, and in that time the genre has become dominated by “torture porn”, such as the Saw and Hostel franchises, finding new and ever more twisted ways to make victims suffer. Once the idea is established, there’s always enough profit to justify a sequel – and another, and another, and another until the law of diminishing returns kills a series – and running out of ideas is never a problem, because every film recycles the one before it. That’s how we ended up with seven Saw films (spoke way to prematurely here, the series will live again it has already been despairingly prophesied), each almost identical to the others but with different (usually more horrific) traps. Then, of course, once a franchise is dead and buried or a film is almost forgotten, you can resurrect it with the remake, or “reboot” if you’re planning on changing things around. The Texas Chainsaw Massacre, The Hills Have Eyes, The Amityville Horror, Halloween, Friday 13th, Dawn of the Dead, Black Christmas, the list is endless, and none of them were either warranted or worth the effort required to drag the dead from their graves. Worse, most are just not scary.

Nearly six years after I discovered Elm Street, I found myself in a cinema watching it again with an even prettier and more suicidally stupid cast. By the time I’d realised that the true massacre was the one visited upon the plot, script, and entire final act of the original, I understood why this was happening. There are no scripts in circulation which can match their antecedents, so executives are just using the same plots again. If there are similar genre films that will also make money and fill release dates, then they’re fair game as well, especially if like House of Wax they provide an excuse to kill off Paris Hilton. Although world and even British cinema still offers some innovative and intelligent output, Hollywood, movie capital of the Western world, has run out of ideas. In short, it sounds like we need another Scream.

As it happens, it’s just arrived in cinemas. Scream 4 may not be the most original of concepts itself, but that happens to be the first point it acknowledges. It targets all of the conventions and formats of recent horror – remakes, unnecessary sequels, and even the influence of its predecessors. Characters discuss films within the film (the Stab series, based on the events of the original Scream) to a point where someone actually says, “it’s so meta“, and this time Ghostface is filming every death. “Torture porn” comes under fire too as one articulate, pretty white teen points out, Jigsaw may kill “creatively”, but there’s something real about a guy with a knife who just … snaps.” The film bears this out: the comedy-horror balance may lean towards the former, but there are still real scares to be had and it hasn’t toned down the gore in the slightest, even though it’s the first in the series to bear a 15 certificate. After years of Saw and Hostel we must be desensitised to a good old-fashioned stabbing.

It won’t have the same impact as the original, but for an unnecessary sequel it’s still a breath of fresh air to a disheartened horror fan like me. There’ll never be another A Nightmare on Elm Street, but I don’t see any replacements either. While I’d like to think I’m wrong, unless something fresh and exciting appears soon, I suspect the future is bleak for the American horror industry. Meanwhile, we’ll have to look back to answer Ghostface’s infamous question. So, what’s your favourite scary movie?