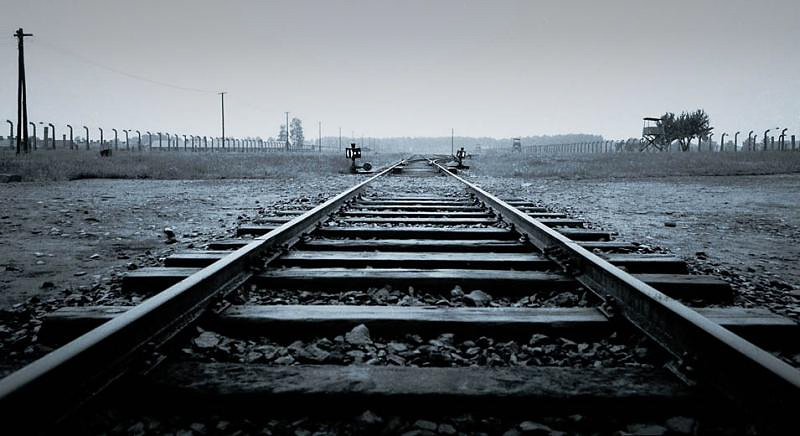 Lore shifts the focus of the traditional war film to the post-war wilderness of Germany.

Lore may be a slow-burner, and the film’s measured pace will not be to all tastes, but the film’s exploration of the legacy of Nazi Germany, and its attempt to deliver a narrative based around a distraught, pro-Nazi family, literally and metaphorically torn apart by the Allied victory, is both commendable and impressive. Lore opens with the impending news of the Allied victory, soon followed by the off-screen murder of the titular character’s father, a high ranking SS officer. Shortly after, in one of the film’s most moving scenes, Lore (a fantastic Saskia Rosendahl) is told by her mother, that she must set off to her grandmother’s home, across the country in Hamburg, whilst her mother resigns herself to being handed in to the Allied forces and killed. The moment is handled brilliantly – it is extremely moving, without becoming mawkish; the question it poses is very uncomfortable. Lore’s parents pay the ultimate penalty for their part in a horrific regime, but five children are left starving, and will never see their parents again. Director Cate Shortland is too intelligent a filmmaker to declare this decision ‘right’ or ‘wrong’. It is a bitter repercussion of war, and a continuation of bloodshed. Lore’s mother has undoubtedly supported barbarism and persecution, but her tears of resignation at never again being able to see her children are not made to feel like her just deserts.

Injustice, along with identity, is the key theme of the film. As Lore and her siblings trek across a German landscape alternately sumptuous and scarred, they stop at a burned-out building, where the allies have provided photographs of the horrors of the Nazi concentration camps. On one photograph, Lore sees her father, in SS uniform, stood by emaciated prisoners. After briefly keeping the photos, she decides to bury them together, in a forest. The act represents a literal and symbolic attempt to brush Germany’s past under the carpet. Whether or not Lore does this out of shame, or from a desire to keep her father’s name from being besmirched is debatable, for the landscape of Lore’s mind is as uncertain as the land she and her siblings attempt to cross.

Along the way, the siblings encounter Thomas, a man with an ambiguous past, but whose Jewish ‘papers’ helps the siblings to travel more freely through a landscape peppered by armed guards and zones occupied by different regimes. The film’s greatest irony is unspoken; Thomas’ faith would have effectively been a death-warrant only weeks earlier, now it provides him with a position of privilege above those who had persecuted the Jews. The bond between Lore and Thomas is perhaps the film’s most striking. Lore’s repulsion towards what Thomas represents racially, is visible, but a quiet and believable attraction develops, as Lore’s initial beliefs of white German supremacy ebb away. Through a mixture of Shortland and Robin Mukherjee’s script (developed from one of the narratives in Rachel Seiffert’s novel The Dark Room), and Rosendahl’s superb performance, Lore is a fascinating, nuanced heroine. She possesses a bravery in adversity which reminds us of the human spirit’s power, yet is prone to acts of petulance; she works tirelessly to keep her baby brother alive, yet stares with unpleasant prejudice at a disfigured boy. It is important that Lore is such an engaging, yet flawed heroine. This is a film which centers around her, and whose cast is remarkably small, especially considering the magnitude of the act which sets the film in motion – the Allied victory, or rather, for Lore’s weeping mother, the defeat of the Third Reich, and the death of her beloved Fuhrer. The film’s small scale works in its advantage, though. Admittedly Lore takes a little while to gather emotional and thematic momentum, but Shortland’s focus on one family’s deaths and displacement provide a springboard on which to examine a handful of the key issues of the downfall of Nazism – in particular, what Lore’s place is within the world, when what she believed, as well as the life she had lived, falls apart entirely. Shortland is canny enough to know that the allied victory will not reverse the trends of dishonesty within the nation, a trend which arises again, as Thomas’ true identity comes into dispute.

Lore is a very atypical film about war, because the action is shifted from its usual place upon the trenches, and in the case of World War II, within the camps, to an eerily empty land which is Germany, but a different, divided Germany; a landscape divided and affected by the legacy of war, just like Lore’s internal landscape is. The film’s relatively slow pace will mean it is not for all tastes, but those willing to delve in will find a film underpinned by superb performances, stunning cinematography, and which raises some remarkable, unflinching questions about identity, justice, and internal and external conflict, but a film which is clever enough to know that the answers to those questions are neither clear-cut nor happy.