In Praise of Steven Spielberg 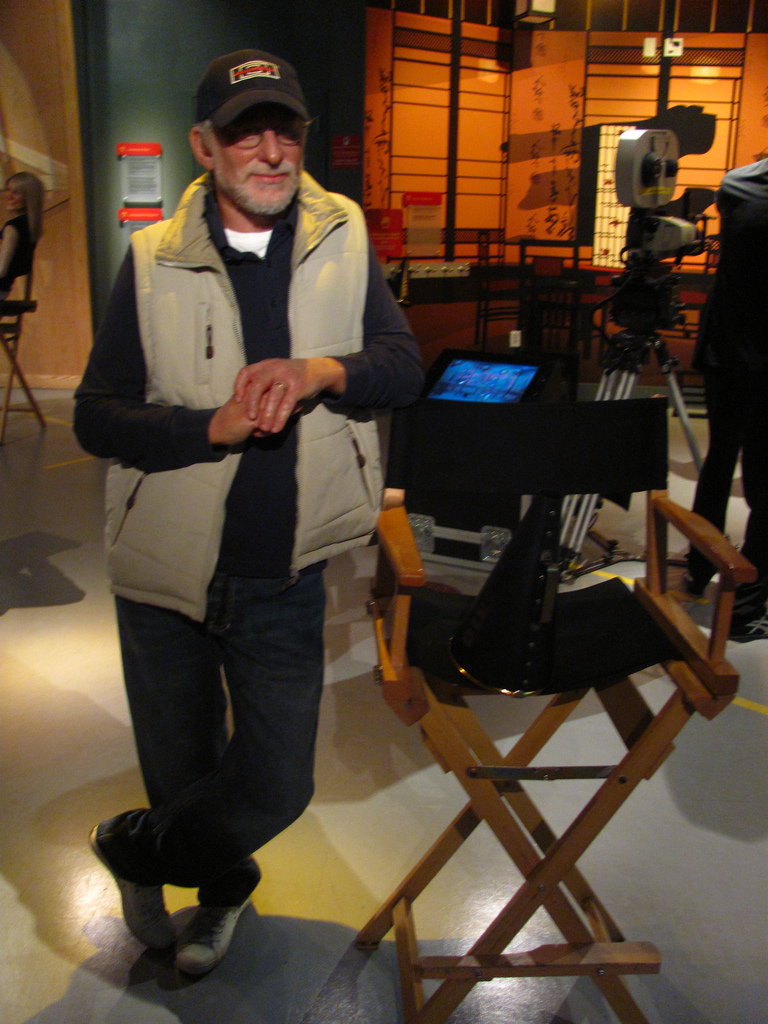 On May 31st 2002, a mature student graduated from California State University Long Beach. Dressed in cap and gown, he proceeded with his fellow graduates to receive a degree in film and electronic arts. As he walked onstage, the orchestra played the theme from an old-school adventure movie called Raiders of the Lost Ark. I’d like to think that the student allowed himself a little smile at that moment: after dropping out of this course the first time, he’d gone on to make that film.

Indiana Jones is just one of the icons Steven Spielberg has given the world. There are others you’ll recognise too: an alien in the basket of a flying bicycle, unable to phone home; lower strings playing two bass notes as a dorsal fin breaks the surface of the sea; ripples in a glass of water while an ominous thud approaches. Popular culture is flooded with images, characters, and classic lines that have spilled over from Spielberg’s massively successful productions. That success, however, has contributed to a fashion among some critics asserting that box office success and artistic integrity can’t coexist, as if films that make money are automatically ‘bad’. The problem is that this notion crumbles under scrutiny. It’s been thirty-six years since Spielberg single-handedly cleared a beach with Jaws, but his career has repeatedly disproven the myth that commercially successful films can’t be ‘good’.

It’s possible that you’ve forgotten the extent of Spielberg’s oeuvre. A brief survey would include: Jaws, the four films in the Indiana Jones franchise, E.T: The Extra Terrestrial, Close Encounters of the Third Kind, Hook, Schindler’s List, The Colour Purple, Empire of the Sun, Saving Private Ryan, Catch me if you Can and Jurassic Park. Most directors would be proud to have two or three of these on their filmography – even accepting that they sit uncomfortably alongside the likes of 1941 and Amistad. It’s nevertheless a remarkably high hit rate across a huge range of genres.

Significantly, however, there’s an even broader range of tone. There’s no denying that the Indiana Jones films are straight-up, old fashioned B-movie style adventures, and there is nothing wrong with that. Cinema as an art form was born out of the need for escapism and entertainment, and when the execution is as flawless as Raiders of the Lost Ark then that’s difficult to argue against. Saving Private Ryan is a far less comfortable watch by comparison, as anyone traumatised by the first act can testify. Jaws alternatively works like a slasher film at sea: given how water becomes frightening in the absence of a visible shark, I wonder how much Ridley Scott drew on Spielberg for his slasher in space, Alien.

Even within individual films, the combination of light and dark notes in the most family-orientated of tales is admirable. See the wrath of God as the Ark is opened in Raiders of the Lost Ark, or the Frankenstein-esque undertones of genetic experimentation in Jurassic Park, and the terror of ageing and death which makes Neverland so appealing. Then think of “we’re gonna need a bigger boat” after the shark finally appears in Jaws, or of E.T., being drawn to a child dressed as an alien from the Star Wars trilogy. Those different elements are melded together seamlessly into powerfully affective cinema that stays with audiences of all ages long after they’ve left the multiplex.

I could write an entire article on the deeper aspects of Spielberg’s work – leave a comment below about the significance of childhood, light the blue touch paper and run – but any fan will say that what really make his films special are the details, the stand-out moments that everyone remembers. A crony targets Indiana with complicated sword gymnastics in Raiders of the Lost Ark: sighing, he pulls out a gun and shoots him. Empire of the Sun’s Jim, having lost everything he has ever loved, touches the Japanese Zero of which he has always dreamed and sparks fly in the background. Near the end of Jurassic Park, a real tyrannosaurus supplants a skeleton and roars: the banner that falls around it reads “When Dinosaurs Ruled the Earth”. These are the grace notes, the dramatic moments which don’t need to be there but have the effect of lifting an entire film. In short, they’re the moments of cinematic magic for which this medium was designed, and Spielberg understands them better than most of his contemporaries. No wonder he’s still one of the most influential creative forces in Hollywood.

Spielberg’s impact is almost as great when it comes to the films that he didn’t direct: he was an uncredited supervising editor on Taxi Driver; executive producer on the Back to the Future series, Who Framed Roger Rabbit?, Poltergeist, and The Goonies. His producing credits are even more extensive, from Memoirs of a Geisha to Letters from Iwo Jima. He spent five months working on the script for Rain Man. He personally offered a debutant by the name of Sam Mendes a promising script called American Beauty. IMDB counts over two hundred technical credits on a vast array of film and television (who can forget Band of Brothers?), as well as eighty-eight thanks credits, and three hundred and eleven appearances as himself. Cast your eye around the entire entertainment industry: he’s everywhere. Our cultural landscape would look very different without his astonishing contribution.

When he finally finished his degree, Spielberg’s faculty accepted Schindler’s List in place of one of his assignments. That fact sums up his whole career – for nearly forty years, everything he has done has had to be bigger and better than anything else. The critical elite love to accuse him of allowing box office returns to take precedence over cinematic artistry; in truth, it’s too easy to assume that mainstream success ifies talent. Sometimes it proves founded (I’m looking at you, Michael Bay), but it often amounts to nothing more than snobbery, and Spielberg’s popularity inevitably makes him a prime target.

Spielberg has been quoted as saying that “I believe in showmanship”, and that’s certainly borne out by his career. Asked in an interview if he was ever torn between making commercial and artistic films, he said “All the time, but when you have a story that is very commercial and simple, you have to find the art. You have to take the other elements of the film and make them as good as possible, and doing that will uplift the film.” Admittedly, his resume is not flawless, but his ability to do exactly that – find the art in a crowd-pleasing story, providing those magical moments for which audiences have been going to the movies since they began – is what I believe justifies his place among the world’s great directors.