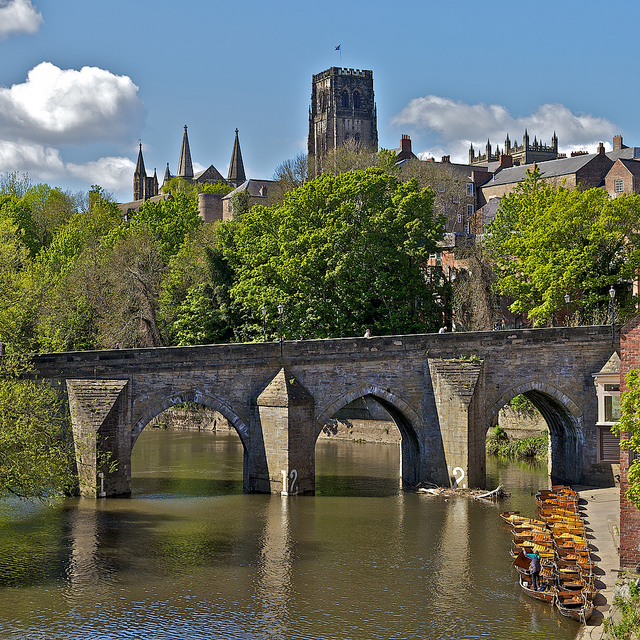 Durham has so many excellent film clubs – why not go out and discover them?

It was with some trepidation that a friend and I attended Durham’s Clayport Film Club last Thursday evening. I was uncharitably expecting either a room full of hipsters or a ghost town to greet us given the nature of the films on show, but I was pleasantly surprised. We may have halved the average age when we entered the room, but as two students we were warmly welcomed by the denizens of Clayport Film Club. The Film Club is primarily for Durham residents and aims to show films that might otherwise be difficult to see. In addition, they promote film and film-making in the local area through support from Northern Film and Media.

Films are shown every second Thursday at Clayport Library, near the Gala Theatre, but library membership is not essential. Those who attend plainly do so regularly and the dedication of the organisers is clear from the comfortable atmosphere. A large projector screen is set up in the centre of the library and chairs are placed between the bookshelves to accommodate around fifty attendants. Before each film begins, a short introduction is given to outline the film’s plot, particularly its context and significance. This allows for a deeper viewing of each film and particular scenes are highlighted for their artistic worth. Usually, only a single film is shown, but on this occasion we were treated to two due to the short length of the main feature.

The first showing was a 30 minute short film One Last Walk (2012), a very bittersweet account of a woman walking in the Lake District after the death of her mother. The beautiful scenery was showcased as well as the drama taking place within it. One Last Walk was a lovely example of home cinema to start the evening, fitting perfectly with the club’s aim to “show high quality, thought provoking British and world cinema”.

The main feature of the evening was Pickpocket (1959), a film by Robert Bresson, and a huge influence on the French ‘New Wave’ movement. Bresson’s notable practice of using non-professional actors and limiting the inflection and effort they use gave the film a distinctive feel. It is certainly not a film I would have picked out for myself, but it has awakened in me an interest in Bresson’s films, in the ‘New Wave’, and in European cinema as a whole. These films are hard to find, hard to find out about, and sometimes hard to watch, but the Clayport Film Club has tried to make them accessible to a wider audience.

Suggestions for future films are taken from the members and each new film watched with respect. An anonymous rating system is employed at the end of the session to gauge reaction and determine upcoming showings. This community-led control is key to the feel of the club and even new members are encouraged to vote at the end of the evening to aid their involvement. There is a charge for the films which is used to facilitate the running of the club and provide future films to expand their members’ knowledge, but the price is less than that of the Gala and the guarantee of quality is much greater, making this club definitely worth a visit.

I was surprised by the lack of students given by the number of film clubs here at Durham. We have a documentary society, a world film society, and a number of college-specific clubs amongst others, so clearly Durham is not short of film fans. There is even a student film society, yet few people have heard of Clayport Film Club. Now is the time to expand your film knowledge, and find out about the world of cinema out there. Films like Pickpocket tell us much about where films today have come from, while others inform us where we are going. The films they show at Clayport Film Club are perfect examples of film as beauty and political statement as well as entertainment. If you are interested in cinema as an art form, then this is the place to be.

When? Every second Thursday at 7.30pm

How much? £5 for non-members. £4 for members (£5 for membership including first film)