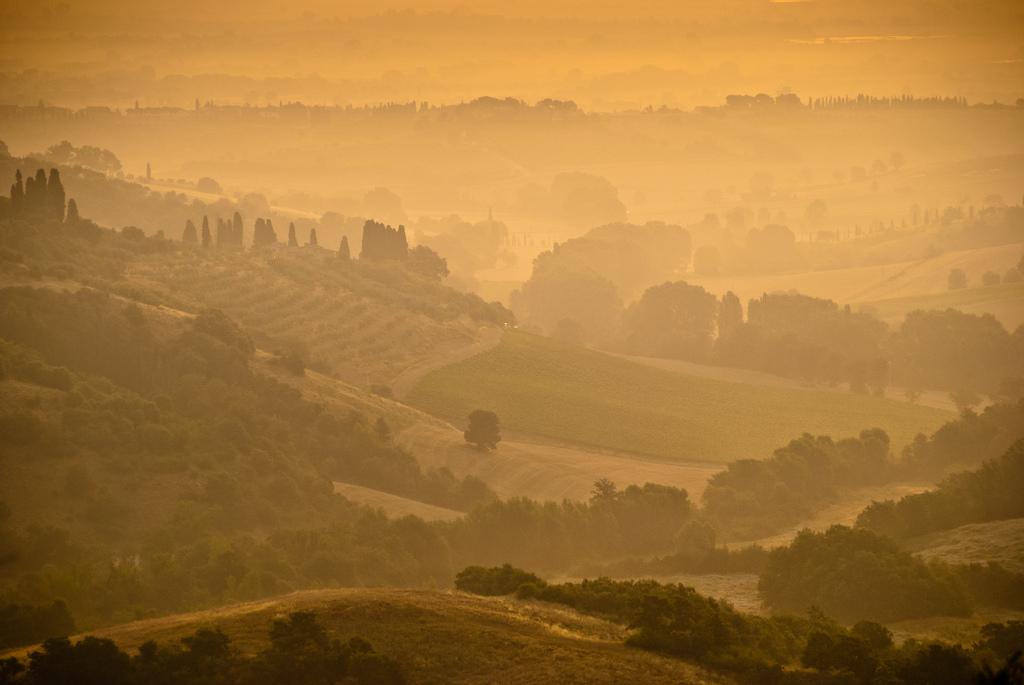 A Scene from Italy that Captures its Silent Beauty

Have you ever had the feeling of being suddenly and unexpectedly plunged into the past? By that I do not mean what is commonly referred to as déjà-vu, but rather a moment in life where one has the awkward impression of experiencing the past – a past not lived personally, but one that could be easily imagined and felt. In Woody Allen’s latest film Midnight in Paris, for instance, Owen Wilson enters a Parisian café and is surrounded all of a sudden by his own literary and music favourites from the 1920s.

A similar thing occurred to me a couple of weeks ago: on a rather surprisingly mild November evening, I wended my way to the Clayport Library, with some expectations but still unsure of what I would find at my final destination. I got in through the glass door, and there they were: a screen, chairs neatly arranged in various rows, and a piano. Everything seemed to be ready: the speaker had just finished introducing the film to the audience, the spectators were seated and expectant, the pianist’s fingers trembled over the keyboard; so I took a seat in the last row and let myself be thrown into the magic of a past world, a past era, and a past art – that of the Italian silent cinema of the early 20th century.

When I initially met Joseph North, the Italian Silent Film Festival’s organizer and creator, I spontaneously felt prompted to ask him, as a first thing, how he got the idea for an Italian Silent Film Festival: I was naturally impressed and at the same time flattered, as an Italian living in the UK, that the silent films chosen for this season were Italian. North acknowledged that ‘Italian silent cinema is unnamed for most people, if compared, for example, to German and Russian silent films’, but the idea came quite naturally to him as Italian silent cinema is the subject of both his MA and PhD. Besides, Durham’s Italian Silent Film Festival was also meant as a celebration of Italy’s 150th birthday, which occurred precisely on the 17th of last March. Joseph North’s idea to celebrate this event was to create a ‘grand tour of Italy’ through a selection of short and feature films, and thus his decision of dedicating every evening to a different region or place in Italy (with the exception of the ‘Imaginary Worlds’ viewing): Turin and the Alps, Milan and the Lakes, Venice and Friuli-Venezia Giulia, Middle Italy, Ancient and Modern Rome, Sardinia and Sicily.

Wanting to be a little provocative, as I do believe the idea of organising viewings of silent films in 2011 is extremely interesting but also extremely brave, I asked Joseph North why, after all, someone should decide to spend an evening at the Italian Silent Film Festival, when they could easily go to the Gala theatre just opposite Clayport Library and watch some brand-new film or current blockbuster. North replies by saying that silent cinema is ‘special in itself’ and that also ‘there’s something quite spectacular about it’. ‘It is a different art form’, he adds, ‘as the acting, for instance, is very different. It is quite funny at first, but it is exaggerating, almost a sort of pantomime, where all gestures are exaggerated.’ Even though the acting is so completely different from what we are used to seeing in cinemas nowadays, the entertainment is still the same, according to him: spectators today would still be able to get themselves involved in some great moments, such as in The Last Days of Pompeii (by Mario Caserini and Eleuterio Rodolfi, 1913), for instance, when at the very end ‘everybody is being killed and Vesuvius is crashing down, without any words’. Further, a silent cinema revival has been noticed recently in the film industry. North mentions how ‘The Walking Dead and other zombie serials that one can get on Sky or HBO actually have their origins in the silent years of cinema’. Remarkably enough, a completely silent, black-and-white film on the birth of talkies was premiered at the Cannes Film Festival exactly this year: The Artist by Michel Hazanavicius, whose main actor, Jean Dujardin, was also there awarded the nomination of Best Actor for his performance. To my comment, Joseph North responds saying that ‘it all goes back, it all goes back, it never changes too much’. If there is something which is lost in modern cinema, though, that would definitely be live music accompanying films: ‘an aspect that is completely lost, completely lost nowadays’, says North regretfully.

What struck me the most while watching the films shown during the film festival was not only the acting, so full of passionate gestures, but also the actors and actresses themselves: they were incredibly different from today’s film stars – even different from those in contemporary Italian cinema, despite being their direct ancestors. Physical appearance, together with beauty, rather than art, or even ability to act, seems to influence most of today’s casting choices: back in the days when cinema was first born, and thus completely silent, its actors and actresses had not originally been trained for that kind of job: some might have come from the theatre, but most of them just had other, more often completely different, jobs. Therefore, they were definitely not ‘big stars, or big models, they were remarkably ordinary people, quite normal-looking’, as North himself describes them. Their make-up is impressively thick and heavy in order to make their eyes (and hence their facial expressions) stand out, but their looks are decidedly ordinary, nearly shabby one could say – their faces are everyday faces, their bodies do not seem particularly sporty or toned, their hands are not particularly trim. Their self-evident lack of naturalness in their acting is made up for by their much more authentic looks and physicality: something else we seem to have lost in modern cinema. If today’s actors do deliver better performances, most of them have also correspondingly lost their common looks, and therefore that indissoluble bond of humanity with their fellow creatures at the other side of the screen.

Joseph North would also like to thank Dr Williams MBE, the Department of Italian and the Italian Consulate, who all made this beautiful project possible.