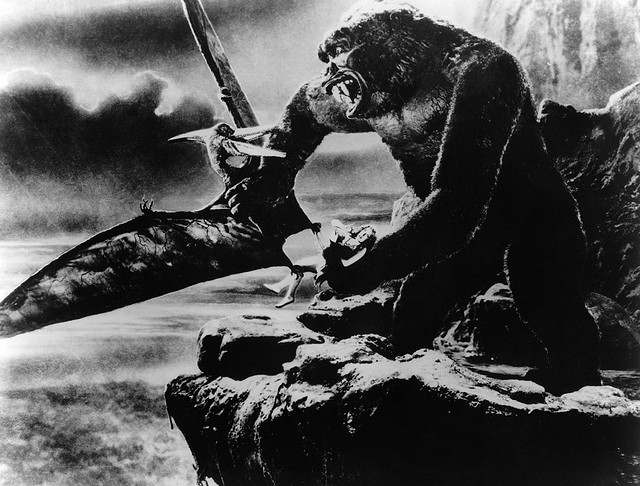 Remakes are a hugely popular staple of the cinematic experience, yet they by no means represent a uniquely modern trend. Ever since the first major movie remake in 1904 of The Great Train Robbery, (a reincarnation of the 1903 film of the same title), remakes have become a lucrative and appealing hit across the globe, with countless directors attempting to make an existing film their own. Over recent years, however, it seems there has been a sudden influx of remakes into cinemas. So the question emerges whether this method of remaking pre-existing classic films is both a truly ethical way for a director to show his particular vision of a story, and also whether these are the early signs of the death of originality in the movie world?

From the Lumière brothers’ initiative to the French New Wave and Italian Neo-Realism there have been some truly beautiful and iconic movies released around the world of unparalleled cinematic genius. Not all of these films, however, appeal to a modern audience, either due to the inherent language differences, the unfamiliar stylisation presented by independent directors such as the infamous Lars Von Triers, or simply the age of the film is itself a barrier to new viewers. These classics should not go unnoticed, yet the difficulty is to make them accessible to a new generation of fans without sacrificing the source material. Often Hollywood helps out with this issue by putting classic films back into production, bringing them to a whole new audience, but is this always a good idea? For a lot of Hollywood films are frequently very generic and don’t have the same care and attention bestowed upon them as is more often the case with films produced by smaller, independent studios, and is this what we want from the remakes of such classic films?

Then again, some remakes can be seen as a sort of cinematic cover. Just like a musician might cover their favourite song, a director might remake his or her favourite film, and this is often how remakes become successful. If a director is passionate about the film they are remaking then that passion transfers into the finished piece and thus to the audience and critics.

What if this surge of remakes is nothing to do with reaching a new audience or the passion of a director, what if it’s something much worse? What if this is the early signs of the death of Hollywood’s reign upon the cinematic world? A lot of independent studios are cropping up around the world and becoming more popular than ever with their intelligent and original movies, whilst Hollywood claws onto the film industry, bringing in money with rom-coms and remakes. It’s almost as if Tinsel Town has used up all its creative ideas.

Another thing Hollywood seems to keep churning out is reboots. Spiderman is a key example; the dust has barely settled on the Sam Raimi series that ended in 2007 and Hollywood are already trying to kick-start a new franchise from the Spiderman universe, stating that this thinly disguised remake is a ‘Reboot’. Surely anyone can see that this is just a way of making more money from the series.

Remakes are not always a bad idea; they can often better the originals in terms of production value. Take King Kong, when we think of the original King Kong we think of the tackiness of the monster movie boom of the 1930s with stop-motion animation monsters, and despite the fact that this is a fun novelty, it is hardly something the average film goer would pay money to see at the cinema. That is until Peter Jackson’s 2005 remake of the movie came along with its breakthrough special effects, (at the time of its release), that broke the boundaries of what a lot of people had already seen on the big screen and brought a whole new audience into the franchise. Another similar example to this would be the 2004 remake of George A. Romero’s zombie classic, Dawn of The Dead, directed by Zack Snyder. When watching the original 1978 version today compared with modern horrors you might as well be watching a family film, but in the modern remake there are much more realistic costumes and gore, making it a much more terrifying experience for the audience.

With cinema being a bigger and more powerful entertainment medium than ever before, there is room for remakes. It’s no surprise they have become so popular, judging from how well they seem to sell in the movie industry; after all it’s the audience that decides on the films that are made. So I think it would be safe to say that for now, remakes are a creatively unwelcome but financially benefitting addition to the world of cinema. If the big studios are to keep up with their audience and stay on top they will, however, need to start producing more original and fresh ideas, unless of course it is simply time for Hollywood to give up the gauntlet and make way for independent cinema.