British Film at the Oscars 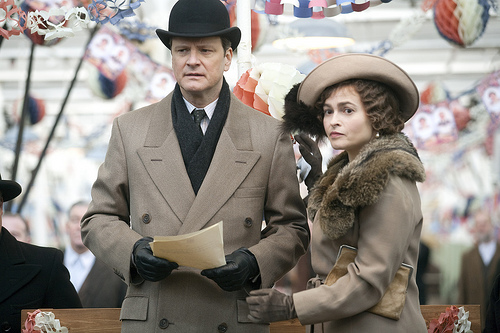 The King’s Speech – Typical of the British contribution at the Oscars?

The Oscars may traditionally be viewed as principally the celebration of the Hollywood film industry, but British films too have had their measure of success at the Academy Awards since its inception in 1929. One such notable success was Hugh Hudson’s Chariots of Fire (1981) which collected four Oscars. Commentators have also expressed the view that this film represented a significant trend in the growing popularity of British film in the United States. Whether or not Chariots of Fire can be viewed as a landmark film is open to debate, since the emergence of a consistent and substantive role for British films was a trend that was notable before the Second World War in Hollywood during a period where there were similar successes for British film. Indeed, this was the period that saw The Private Life of Henry the Eighth (1933) with Charles Laughton’s portrayal of King Henry secure an Oscar for Best Actor, and of course Anthony Asquith’s Pygmalion (1938) was also awarded an Oscar for best screenplay. Further links were also substantiated between the British film industry and the United States in the immediate pre-war years when MGM set up its British studios following the passing of the Cinematograph Act 1938.

In more recent times, there have been British films that have also been critically and commercially successful in Hollywood, such as the Madness of King George (1994) which won the late Nigel Hawthorne an Academy Award for Best Actor, and Young Victoria (2009) which drew a nomination for Emily Blunt for Best Dramatic Actress. With the impending release of The King’s Speech (2010), which has already been nominated for seven Golden Globe awards, the genre of the heritage film or costume melodrama is clearly an immensely successful standard for British film production, where stars and screenwriters alike have found recognition through this genre both in the United Kingdom and Hollywood.

There have, however, been some exceptions to this heritage trend. A little known film, Séance on a Wet Afternoon (1964) co-produced by Richard Attenborough, powerfully dealt with the sensitive and disturbing abduction of a child. Few people may be aware that this black and white film produced on a limited budget drew a nomination for a Best Actress Academy Award for the outstanding performance of its leading actress, Kim Stanley, as the disturbed medium of the séance. In its category it was competing against Mary Poppins (1964), so the likelihood of winning the award would have been minimal, but to be nominated in that category was an achievement nonetheless. Further exceptions include Mike Leigh’s Happy-Go-Lucky (2008) which could not be described as a heritage film, but received nominations for several awards, although contrary to expectations did not pick up an Oscar.

The attraction of a British film may also be by virtue of its “star” value. When the Hollywood production company Miramax became aware of Mrs Brown (1997), which was originally due to be a BBC television film, they acquired the rights to the film to distribute it for release in commercial cinema. One factor that may have influenced their decision was that the eponymous Mrs Brown was played by Judi Dench, the woman famous for reprising the role of “M” in the James Bond films, a series that had consistently proved to be good box office material, and hence Mrs Brown was a good choice for commercial release. Other notable performances include Colin Firth’s role in the forthcoming British film, The King’s Speech (2010). Whether or not his role as King George VI accounts for the scale of excellent critical accolade, the film has already been tipped to do well at the Oscars, which is a testament to the commitment of the British film industry to the genre of heritage cinema.

With some exceptions, there is a clear trend therefore of the heritage film to be popular in Hollywood, and for its stars to go on to triumph in other popular features. It remains open to speculation to see how Britain fares at this year’s Oscars, but the peaks and troughs of the success of British films amongst the Academy Awards are by no means confined to modern times.