An Analysis of the #OscarsSoWhite Controversy

For the second consecutive year, all 20 acting nominees in the Academy Awards are entirely dominated by Caucasian actors. Amidst the online backlash, multiple industry professionals instigated a boycott, refusing to attend this year’s ceremony on 28th February. 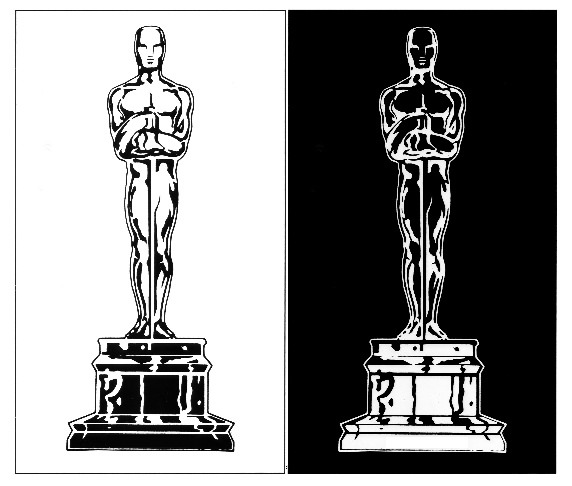 The most controversial opinions emerged from this backlash came from two highly-respected veteran actors. Past winner Michael Caine said, ‘you can’t vote for an actor because he’s black’; and pending Best Actress nominee Charlotte Rampling seemed to believe in a thing called ‘reverse racism’ by saying, ‘the Oscar Boycott is racist to white people’. She has since ‘apologised’ by stating that she was ‘misinterpreted’. While I was very much agitated by what they said, especially with Rampling’s ‘faux apology’, their underlying attitudes are regrettably concurrent with my observance on the social media’s reaction to the ‘all-white’ slate.

Most people are unable to look past the list of nominations and into the various implications of it. This really isn’t about whether Idris Elba, Straight Outta Compton or Ryan Coogler should have been nominated. This is about how the lack of diversity at the Academy Awards reflects how the entertainment industry treat the minorities.

When Caine and Rampling gave their opinions on the matter, it seems like they think that they, as past and current nominees of the Oscars, were recognised purely based on their merits as an actor, but this was never the case. They were recognised because they land good roles. They land good roles because they are white. The undeniable fact here is, being white is a privilege in the movie industry (and the rest of the world, really). The ‘white privilege’ agenda has been a silent yet powerful driving force influencing every decision made by any industry professionals, ranging from casting directors and studio executives, and eventually to the electorate who govern movie awards like the Oscars.

And now we get to the voting crowd of the Academy Awards. The problem is apparent: Los Angeles Times published an investigation back in 2012, revealing that the Oscars electorate was 76% male, 94% white, with an average age of 63. The situation hasn’t changed much since then. Why should we allow such a narrow demographic to represent such a diverse movie-going crowd? Why should we allow such disparity? We laugh at the Hollywood Foreign Press Association, organiser of the Golden Globe Awards, for having a 70-people electorate who actually believes The Martian is a comedy; but the Academy of Motion Picture Arts and Sciences is no better. There are also a considerable number of Academy members who felt offended by the backlash. But to criticise the voting base of the Academy is not accusing its members as sexist or racist. For those who have been genuinely raising awareness on the diversity issue in Hollywood, their argument is directed at the system, rather than individuals. I believe it is time for them to admit there is something inherently wrong in the functioning of the awards, instead of preaching their victim complex.

Here are a few more statistics from a compilation article by Variety: there are 1663 nominations in all four of the acting categories in the Oscars’ 88-year history – 65 of them were black, 26 were Hispanic, 8 were other minorities. There are 433 Best Director nominations in the Oscars’ 88-year history, 4 were women. You cannot look at these numbers and tell me nothing is wrong. I often hear the ‘what if racial minorities and women are inherently less talented than white men are’ argument, which, in my opinion, is complete and utter nonsense. If you genuinely believe only Caucasians are allowed to have talent, then I bemoan for your narrow-mindedness. Idris Elba’s powerful address to the UK Parliament last month on the issue of diversity in British television concluded the matter in the most precise statement: ‘talent is everywhere, opportunity isn’t.’ Last year, Viola Davis became the first African-American to win Best Actress at the Emmy Awards. In her acceptance speech she said, ‘You cannot win an Emmy for roles that are simply not there.’ There simply aren’t enough movies starring minority actors, or movies made by minority filmmakers in the mix for award consideration. There simply aren’t enough opportunities given to them. The systematic oppression of minorities in the entertainment industry – the ‘glass ceiling’ – is not a fiction. The ‘all-white’ slate at the Oscars is one of the many solid evidence.

And there is the crowd who goes, ‘why should you care so much about a movie award when the world is plagued by famine, poverty and terrorism?’ But one must understand, the diversity argument was never just about an awards ceremony. The awards are unimportant, but its implications are. The Oscars is a reflection of the entertainment industry; the entertainment industry a reflection of our popular culture; our popular culture a reflection of humanity. Anything that informs us the current state of human beings is, in my opinion, important. Why should we depreciate something that shows us, in the most candid and poignant way, the difficulty for minorities to be recognised for their talent, the scarcity of opportunities available to them, and the general treatment of minorities in our society?

Either way, the boycott is for those who are actually invited to the ceremony in the first place, which does not concern us. But at least changes are finally happening. A week after the nominations announcement, the Academy issued a press release and vowed to take immediate action to increase diversity by ‘launching an ambitious, global campaign to identify and recruit qualified new members who represent greater diversity’. Their goal is to double the number of diverse members by 2020. At least, according to a study by the Center for the Study of Women in Television and Film at San Diego State University, there is an increase in the number of female protagonists in the top 100 highest-grossing films in 2015. At least, the new Star Wars sequel trilogy gave us two racial minority actors and a woman as central characters. Better late than never.

‘#OscarSoWhite’ is a hashtag trend emerged from Twitter. But diversity should not be treated as a trending topic, to be forgotten once something else came up; nor should it be seen as a ‘trend’ for filmmakers, adding diversity in film for the sake of diversity. The point of diversity is, in author Mary Robinette Kowal’s words, ‘subtracting homogeneity for the sake of realism’.