American Psycho: a critique of capitalism 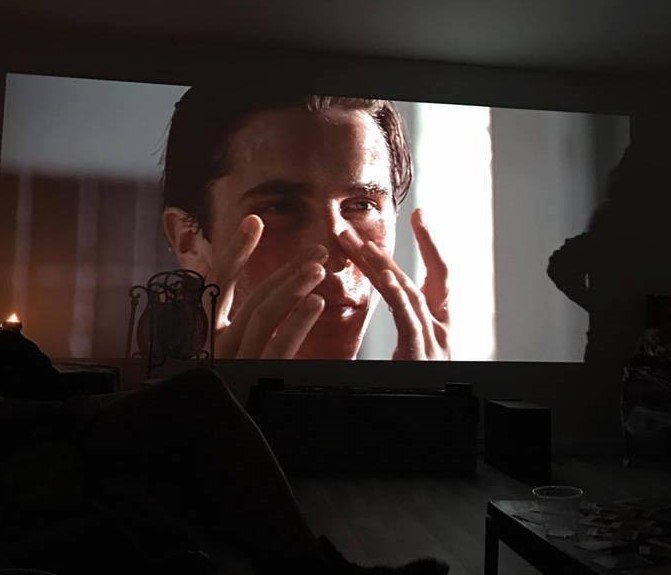 American Psycho is an extensive commentary on the impacts of a capitalistic society on humanity. The movie presents a distanced humanity. People who are empty, whose entire existence consists of indulgence, trivial competition, and human domination.

Patrick Bateman and his colleagues appear to be the peak of the hierarchy according to society’s values. They are all successful traders on Wall Street who have beautiful wives and fiancées, they eat at the most expensive restaurants, wear the best suits, and have the perfect business cards. However, the underlying themes of the movie paint a different picture.

Everything anyone does is empty. Though we follow the lives of these successful traders, no one ever does any actual trading or work. There are passing mentions of clients but the core of the activities anyone engages in consists of escapism like sex, drugs or dinners. These men, who are meant to be the peak of our society, engage in endless competition about totally trivial matters like who gets the best restaurant reservations or who has the best-looking business card. This is emphasised by the endless onslaught of names and Bateman’s constant name changing. He assumes the name of Marcus Halberstram and after he kills colleague Paul Allen, he takes his name for a night. Names of wives, mistresses, traders, and celebrities are constantly thrown around to the point where they no longer mean anything to the viewer because we can’t keep up or remember. As the names of the characters become more meaningless, so do their identities until we no longer see them as people but empty vessels with nice hair and expensive suits.

Bateman himself is the best example of this emptiness. His constant descriptions of music or products, such as his vast collection of skincare products, sounds like a continuous, monotonous advert; their meaninglessness highlighted by the way he recites at other characters who aren’t listening or at the viewer who’s incapable of responding. He frequently makes comments on how he wants to kill whoever he’s talking to, but the movie ignores this and proceeds with the conversation as normal, showing the meaninglessness of human interaction and of what is said. He says himself he just has his job because he wants to fit in, even though he hates it. His actions have no meaning and are usually pointless or a means to an end.

Another equally prevalent theme American Psycho explores is human domination. Bateman and his colleagues consistently make misogynistic comments, highlighting how patriarchy is a part of the human domination capitalist power dynamics facilitate. Bateman kills a black homeless man and hires two prostitutes who he orders around for the night before letting them go when he finds it acceptable to pay them. Those who are “below” him in the social hierarchy don’t have the capacity to protect themselves against Bateman, a rich white male, and therefore must either sacrifice the dignity of autonomy or their life.

However, the film attempts to act against this by highlighting the natural equality of humanity. The film alternates between day scenes, where the luxuries of wealth are plenty, and the night scenes. The day scenes have blunt white colour schemes with sharp lighting whilst the night scenes are dark with strong shadows. One painting a picture of luxury, and the other of rougher city streets. Regardless of one’s position in the social hierarchy, all are equalised by the natural processes of the night and day cycle.

A similar natural process can be seen in Bateman’s killing. He kills a homeless man but also kills Paul Allen, a wealthy and successful trader who mirrors Bateman in his haircut and style. The threat of death is an equalising force, and it supersedes the social hierarchy, which Paul Allen and Bateman dominate. Also, the homeless man was called Al, a possible reference to Paul’s surname and a reference to how the two are equal when you strip away the differences in wealth and social status of the two men.

Nevertheless, these natural equalisers are overcome by the capitalistic society. Bateman might not be surrounded by sharp whites and lighting of his apartment or office, but he still gets driven around in a car, wears his expensive suit and takes large amounts of money out of the ATM at night. The equalising force of nature is overcome through the force of Bateman’s position in the social hierarchy. Furthermore, though both Al and Paul were killed, the police were quick to investigate the disappearance of the white wealthy trader, whilst there were no consequences from the death of the black homeless man. Whilst death itself may be equalising, society responds to the deaths of varying members of the social hierarchy in different ways, forcing the capitalistic social order onto the equalising nature of humanity.

American Psycho offers a disturbing picture of how capitalism distorts humanity. Through the imposition of social hierarchy, capitalism enables human domination, and American Psycho highlights how patriarchal and racial discrimination is a part of this domination in our society. The film also illustrates how this hierarchy is empty, as those who are at the top only occupy their positions out of social insecurities or for the status it offers them. This emptiness leads to elites indulging in endless escapist pleasures and trivial competition whilst those at the bottom suffer real consequences.