Writer’s Note: ‘What Ever Happened To Christopher Robin?’ 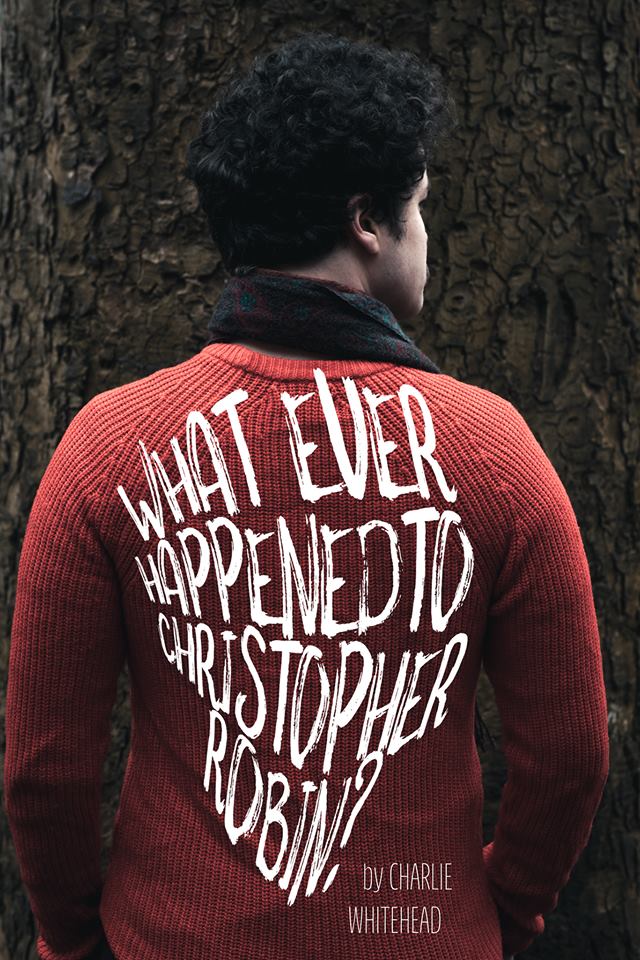 What ever happened to Christopher Robin? begins in the knowledge that Christopher, a famous children’s author, has committed suicide. The press interrogate Jane, Christopher’s wife, in the hope of unravelling the truth behind what suddenly drove Christopher to his own destruction. At first, Jane remains stubborn and unwilling to talk, until one journalist finally manages to convince her to tell her story.

As Jane recounts the events of her life with Christopher, her memories are re-enacted on stage. With the higher stage representing modern day and the lower portraying a return to the past, the audience follow Jane’s narrative, with the whole play taking place from her perspective.

For me, Winnie the Pooh was one of my favourite childhood stories, as I’m sure it was for many people. I liked the idea of taking a childhood classic and reinventing it; distorting and reimagining a darker ending for one of the collection’s most enigmatic characters, Christopher Robin. I wanted to explore and develop on theories surrounding A. A. Milne’s references to mental health across the Winnie the Pooh series; it is hard to ignore the sheer complexity that each character evokes and what they might represent. I wanted to focus my attention on what could happen if one were to apply this fantastical disorder to the present day, in a world where Winnie the Pooh only existed in Christopher’s mind.

I am extremely fortunate to be working with a very talented cast and crew, whose energy and motivation never cease to amaze me. The hardest part in writing and directing this is getting across the juxtaposition between the uplifting and humorous elements of the play with the distressing, more uncomfortable scenes. The cast manage to convey this effortlessly, leading to sparks of comedy and, at times, utter shock. Considering the short space of time allocated to rehearse and put on the play, I am very proud of what we’ve managed to achieve as a group. Hopefully, the play will leave the audience reflecting on the veiled side of children’s literature, questioning their own views on this loveable, but deeply psychological, tale.

Warning: this show does contain scenes which some viewers may find distressing.

What Ever Happened To Christopher Robin is part of Durham Drama Festival. It will be held as part of General Programme 1 on Wednesday 6th February 2.30pm and Thursday 7th February- Saturday 9th February 8pm, in the Mark Hillery Arts Centre.