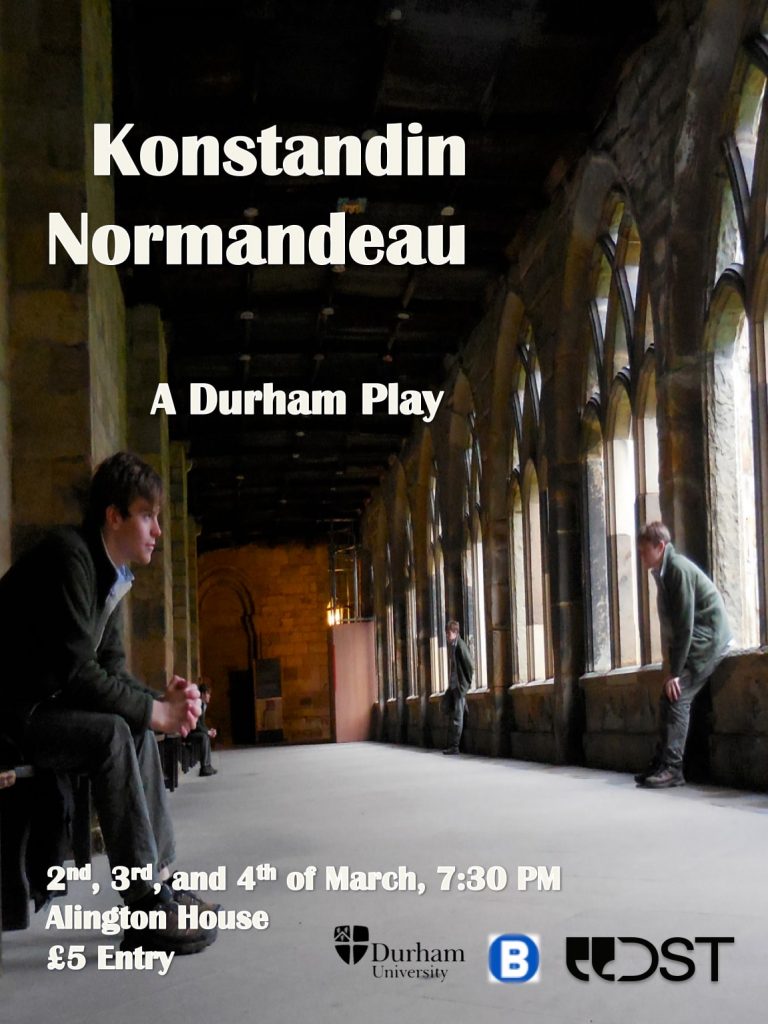 ‘There is no literature that is real but the theatre’

Though I have no evidence to present, no birth certificates, no dates of attendance at St. John’s College, I am convinced there once existed a student playwright at this university called Konstandin Normandeau (with that exact spelling).

You may ask, very reasonably, how I deduced such a fact. Through good philosophical reasoning of course! Having consulted the greats, both Leibniz and Descartes, I am informed we live in the “meilleur” of all possible worlds and that the existence of a being is necessitated if, in its particular domain, there is nothing I can conceive of that would act as its improvement. What could be better than a man with such a name with such an occupation?

Therefore, my belief in the existence of Mr. K. L. M. Normandeau is equal to the belief I have in my own existence. Hence, how afraid I was! If to others Konst’s existence appeared hazy, I ought to doubt those important facts about myself – my favourite colour, my perversions, my ideas – for what body should they attach themselves to? – if I, that body, was not to be!?

(And I can’t imagine anyone else should want to take my perversions and ideas in my absence).

Luckily, I came across the work of the famous Argentine biographer and anthropologist, Jorge Luis Borges, who had documented similar cases of self-annihilation inducing scepticism (SAIS) before. In his most famous study of the indigenous peoples of Northern Argentina (or was it Siam – I can’t quite remember…), he came across a class of schoolchildren who were taught to believe so hard in the Ancient King Zermelo that when he was taken off the national curriculum due to lack of historical basis, the children were enraged. Their mothers and fathers had paid good money for them to go to school – such a King better have been!

So the school organised an archaeological dig. They knew just where to dig for his body. Their teachers had taught them that the remains were under the playground, an important fact not just for school pride but it had appeared as a multiple choice question in eight out of the last ten national history exams. After digging the playground into mush for eight days, nothing could be found. How the children cried! They had learnt more about His Majesty, Zermelo, than about themselves. If this seemingly unreal monarch appeared more detailed than themselves – their existences were in peril. They found his remains, hardly decomposed, the next day. All rejoiced! Though, all were saddened to hear only an hour later of their principal’s passing away in the night. This was made known initially to the teachers, that they might breach the subject carefully to the children, by a note in his office written by the principal himself. 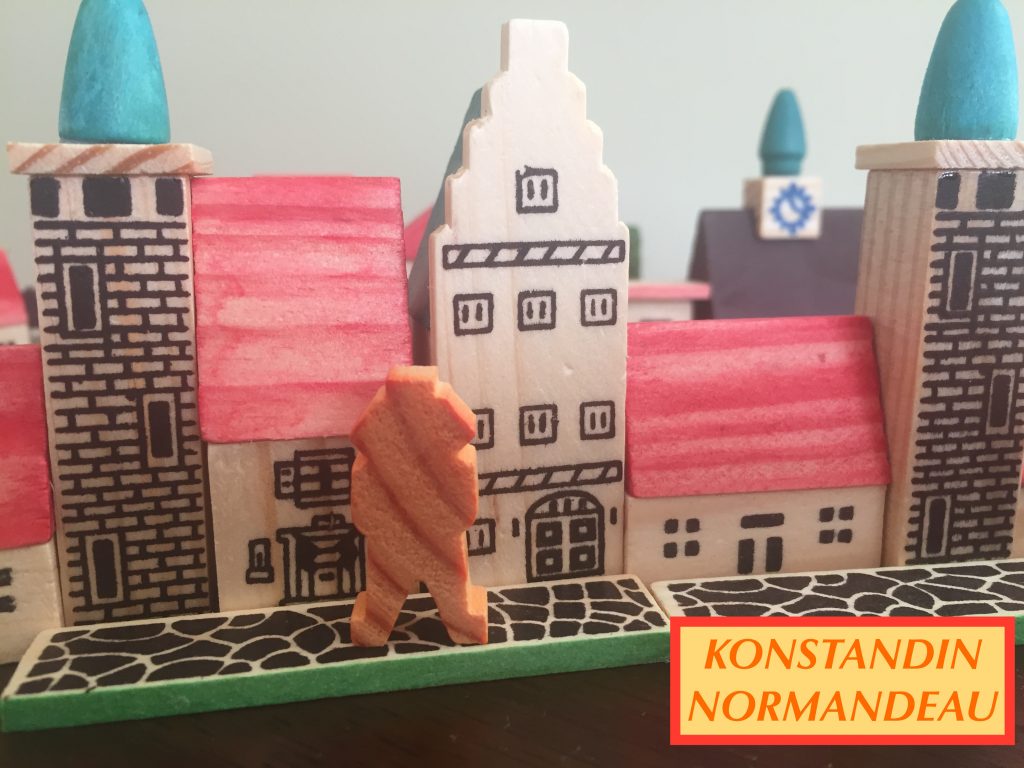 ‘I cannot put on plays to prove my existence everyday you know!’

So I have been inspired, for my own piece of mind, to follow in their steps. I have written a biography of Konstandin out of thin air to provide a historical basis for a man who has yet to receive one. It is in play format of course. Konstandin famously said “There is no literature that is real but the theater.” – a quote only I attribute to him of course. I couldn’t find a single person who wrote down his sayings.

I should hope the very mentioning of a biographical play (available in .pdf, .word, .pages or on any printing paper of your choosing) should thicken the case substantially for his existence, and therefore for my existence. However, should you wish to inspect further, by all means, come to the public viewing of this biography! You should find I have left no holes in my argument! You shall say, but as Konstandin is a playwright, where are his plays? There are three shortened versions of his masterpieces in the biography itself, well fitted into the rest of the play (if I do say so myself)! Hopefully they should suffice.

Oh, and there are some give-away references to five of his other plays, so try and spot them. Of course, it should be rather difficult, seeing that you will not know his other plays and shaln’t be able to research them. I’ll tell you what – find me after the show and give me your reasoning and I shall tell you if what you saw was a reference or not.For convenience, you will find Konstandin Normandeau was very much like myself. He was terrible with women and had perverse feelings and attitudes towards them. He was a religious madman who dabbled carelessly in the hard sciences protesting their lack of faith. Oh and he hates psychologists…

I think this a necessary feature of his personality. For if you still do not believe in the historicity of K.N. after watching his biography, I might be forced to become “the very K.L.M.N.” on weekends or for alumni events at John’s (and it’s always easier to pretend to be yourself).

I feel that’s all I can do to convince you currently. So please, in the meantime before the performance, refrain from asserting his non-existence (and consequently my non-existence). I swear Konstandin does prove my case! And if you decide not to see my play, realise that I am a very busy man. I cannot put on plays to prove my existence everyday you know! So please go by the thoughts of others who went. They shall truly know that he and I exist.

Tickets are £5.00 and available on the door or online through this link: