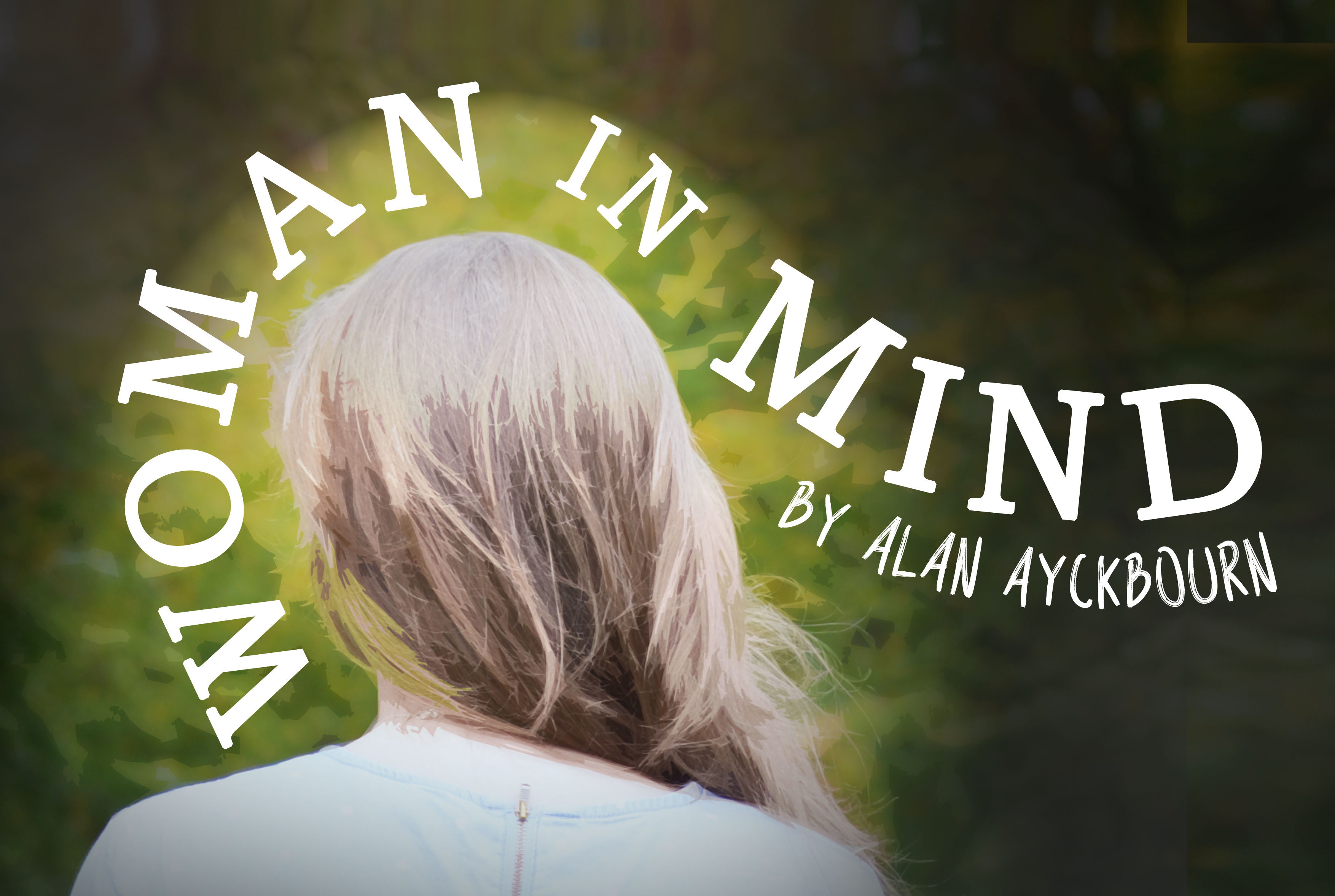 Although Alan Ayckbourn’s Woman in Mind had the potential to be yet another rather typical portrayal of a psychologically troubled woman, by the end Andrew Shires’ powerful and highly energetic adaption I left the theatre feeling that I had just seen something far from the usual dramatisation of a disturbed mind. The play’s depiction of wife and mother Susan (Izzy Mitchell) who increasingly struggles to distinguish between her ‘real’ family and her imagined one reveals how deep-set the family issues and her personal insecurities truly are. As the play progresses, this mental confusion escalates, drawing in the audience to try and understand the causes of Susan’s conflicted mind and make sense of where the true instability actually lies.

Right from the outset the eerie lighting courtesy of the excellent technical team creates an atmosphere of otherworldliness and confusion, and the minimalist staging perfectly complements this focus on lighting to allow the imagination of Susan to be externally portrayed in a vivid and alluring way. Whilst the first act may have benefited from a change in lighting to give more momentum to the gradually developing plot, the second act marvellously manipulates lighting and staging to enhance the psychological themes and characters’ interactions, resulting in a highly charged and vivid act that brings out the true life of the characters and the issues that shape the play.

What I found to be probably the most captivating quality of the play was how Shires managed to constantly interweave the comic and tragic, allowing for the expression of both in rather unexpected moments. Such was my feeling in the scene when Susan is discovered lying down on the lawn at three o’clock in the morning by her husband Gerald (Sam Westwood). Westwood deserves high praise for his comic delivery in what is essentially a rather tragic scene. His horror upon finding her is expressed through a comical outburst, managing to alleviate the tragic element of the scene and allow the finale of the play to be all the more powerful as it gradually leans more and more towards the tragic.

It is essentially this recurrent comical expression of tragic themes that lifts the first act from its occasional lack of energy, inviting the audience to take great interest in the characters that are to be more elaborately developed in the second act. This would be impossible if it were not for the brilliant actors, such as Archie Law and Carrie Gaunt, who were constantly putting the audience into fits of laughter with their realistic and dynamic portrayal of their characters. The interactions between the characters were highly charged thanks to the animated and very talented cast, with Mitchell providing a strong backbone during their moments in the spotlight. Mitchell’s nuanced acting ‒ particularly as her character fell deeper and deeper into mental confusion ‒ was also essential in being the reason for the play’s ability to move from the comic to the tragic with such subtlety.

This is a play that I would recommend to anyone who desires to see a common theatrical theme represented in a vibrant and enticing way by an overall wonderful team, and the directorial debut of Andrew Shires was most certainly a success.