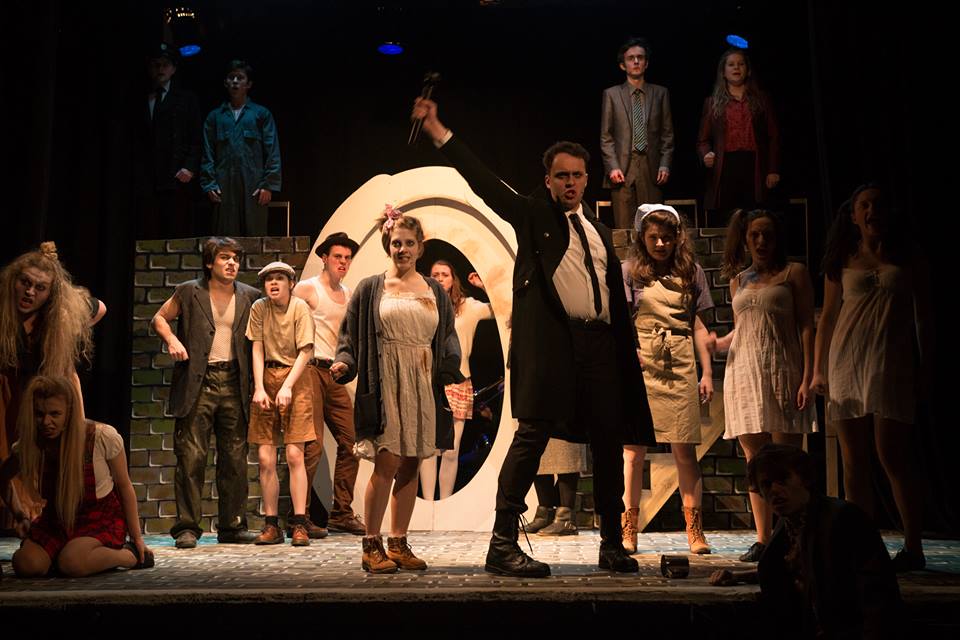 This year, Durham has seen some wonderfully wacky productions, but none quite as absurd as a 2 hour long musical dedicated to urine. Set in a drought, bathrooms are only accessible at a fee imposed by the monopolising Urine Good Company, fracturing the community and resulting in riot. Following love, loss and loos Keable and his team have succeeded in producing a very entertaining night of theatre, flawed only by several teething issues.

I must begin by applauding the visual aspect of this production. I never thought I’d be glad to be met with a foray of bottled urine and toilet roll, but it made the weekly trip to The Assembly Rooms different and engaging and Producers Mari-Liis Duglas and Rachel Tan should be praised. The set, too, was impressive; the giant toilet located centre stage and the grotesque green smears and pipes oozed acridity and conveyed the filth of Urinetown, and this was equally perceptible in the costumes, designed by Caroline Mosimann. While these elements were impressive in themselves, they were brought to life by the lighting design. Tyler Rainford and Alok Kumar’s work was exceptional here, as the technical elements to this production were striking, instilling an incredibly professional air to the musical.

That being said, there were notable issues with the microphones that caused considerable issues throughout the production. Not only was feedback a problem, but, on many occasions, singing was inaudible, and this was a great disappointment. I also feel that the decision to mic dialogue was questionable and distracting when only certain members of the cast were wearing mic packs. These are only minor issues, yet I feel they must be resolved in order for the production to get the execution it deserves. 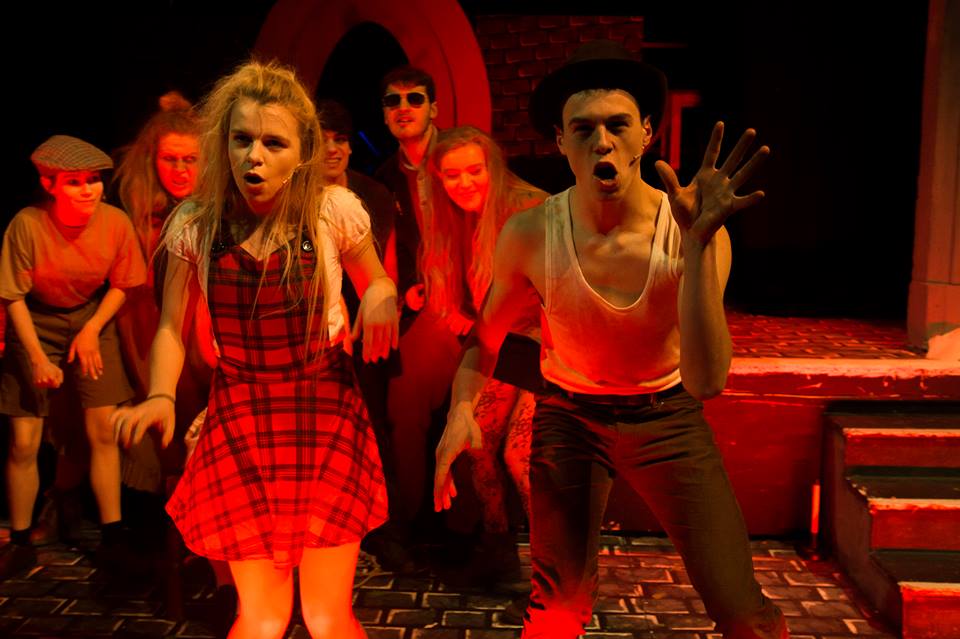 ‘Keable wanted to reinvigorate the DULOG Epiphany Term show, and he has done just that’

The performances, themselves, were commendable. The Ensemble work was well executed, and each member of the cast possessed distinct characterisation which was refreshing to watch. Lou Webster must be praised for her charming portrayal of Little Sally and Lily Edwards’ hilarious performance as Mrs Pennywise was thoroughly enjoyable. However, Joe McWilliam as Officer Lockstock and Andrew Shires’ Mr Cladwell were outstanding. McWilliam’s performance was faultless; offering interjecting narratives in a manner comparable to A Series of Unfortunate Events, his dead-pan expression, sarcastic inflections and sound vocal ability were understatedly brilliant. Shires’ performance was equally wonderful; from his hunched posture and awkward run to the elongation of his sentences, the characterisation of Mr Cladwell was excellent and hilariously reminiscent of The Simpsons’ Mr Burns.

Unfortunately, there were some moments of the production that fell slightly flat. For me, the relationship between Jasper Millard and Sophie Allen as Bobby Strong and Hope Cladwell was disappointing. While they offered exceptionally strong performances individually (with Millard’s performance of Run Freedom Run being a strong crowd favourite), the exaggeration of their love affair dampened the otherwise incredible professionalism of the production. I do not feel this is fault in their performance ability, as Allen demonstrated impressive vocal ability and shone as the production’s sweetheart, but rather they were limited by a slightly misjudged directorial decision that felt somewhat jarring as an audience member. I would have liked to have seen a slightly more sincere relationship to contrast the absurdities of the production and offer greater light and shade.

All in all, however, the production was very strong and enjoyable. Keable wanted to reinvigorate the DULOG Epiphany Term show, and he has done just that. So if your deadlines are looming and you need a break, pop along to The Assembly Rooms and realise that life could be worse, you could be stuck in Urinetown.