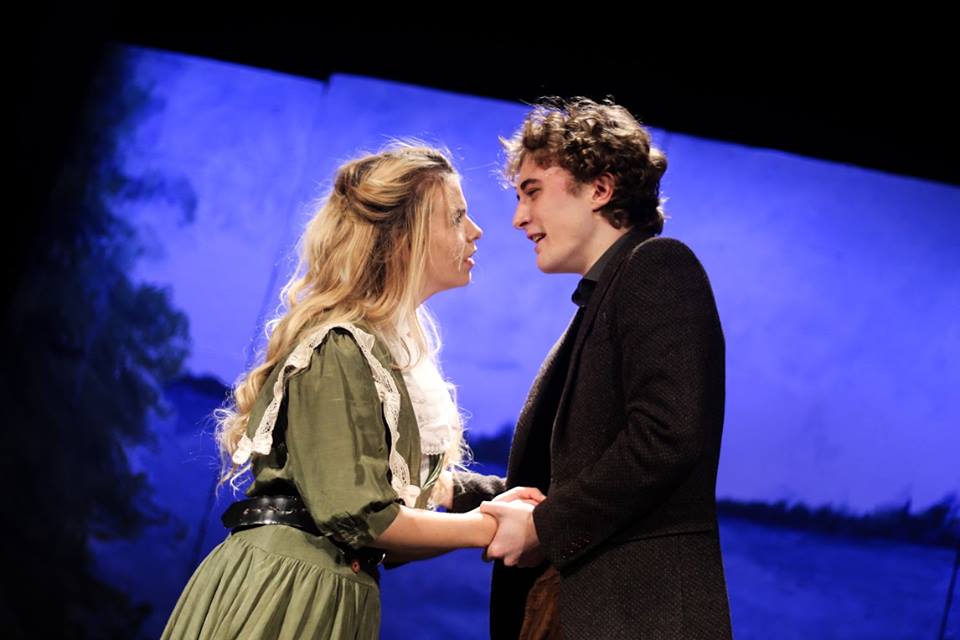 Chekhov is notoriously tricky. His plays are complex and stuffed full of multifaceted characters and meaningful language, something that has the potential to be challenging for any cast, and The Seagull is no exception. This was my first experience of Chekhov live on stage and I absolutely loved it. It was, frankly, compelling. Pretty much across the board, the acting was wonderful. Almost all tripped out their lines so fluently and easily it was easy at times to forget this was merely a student production. The actors managed to transform what Wes Milligan (director and acting as Yevgeny Sergeyevich Dorn) said others thought ‘intimidating’ and ‘boring’ in his directors note, into something accessible and very enjoyable to watch.

The staging was neither minimalist nor prop-heavy; it was quite traditionalist, but this was merely in accordance with the general feeling of the play. The backdrop, made by Faye Chua, was painted and whilst in theory this could feel amateurish, the overall effect was one of romanticism and inspired a feeling of the romantic and pastoral surrounding of 19th century Russia in which the play is set. Particularly clever was the way in which it contributed to the metadramatic element of the play; the backdrop was at once the set of Konstantin (played by Theo Holt-Bailey) and of Chekhov himself. The lake, an ever present and ever significant symbol within the play, was marked by this beautiful backdrop and I liked how, at times the lighting lingered on the backdrop before it lit the whole stage. This was clever and well thought out. Small nuances like this were subtle, yet well done and showed imaginative efforts from the tech team.

Of course, it has to be said the acting by and large was astounding. There were many notable performances. Masha, played by Katie Cervenak, who displayed versatility in character. She began with a sullen, annoying portrayal that later held hints of dark humour and a deteriorating emotional state. Similarly, Theo Holt-Bailey playing Konstantin Gavrilovich Treplyov managed to portray a convincingly weak and mentally unstable young man; his nervous disposition and decline into paranoid wreck was skilful and never felt forced. Unfortunately, at times, his love interest Nina (Millie Blair) came across as a bit wooden. Her speech wasn’t quite as fluid as the rest of the cast and some scenes that should have been truly devastating came across as insincere. I was unsure if this was intentional, as Nina is certainly a flighty character, but nevertheless parts continued to feel forced. Despite this, there were good moments. The chemistry she mustered for Konstantin and Trigorin respectively did feel real.

Personally, however, Sarah Cameron was particularly striking. She was every bit the self-indulgent, witty and seemingly superficial character of Irina Nikolayevna Arkadina, neglectful and manipulative mother to Konstantin. Yet there was a great depth to this character, her secret all-encompassing fear of growing old and mixed feelings of hatred and tenderness towards to Konstantin were maturely handled and it was easy to forget that Cameron was a fresher. She absolutely commanded the stage.

The interrelationships between all characters was well done. The emotionally abusive relationship between Arkadina and Konstantin was beautifully displayed and wonderfully emotive. It displayed the great flexibility of the actors and their ability to range from comedy to deep sorrow. It was brilliant. I left the theatre uplifted and really quite satisfied with the knowledge that The Seagull performed by Fortnight Theatre is a quality piece of theatre.