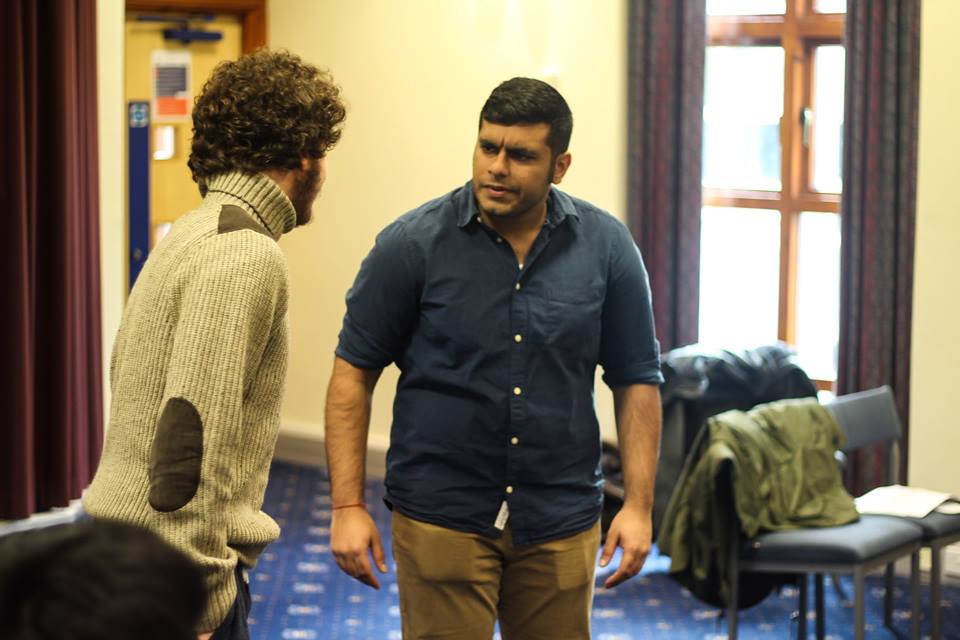 Dark, devious and devilishly amusing, The Ladykillers was always going to be a difficult one to perfect. Many agree that comedy is difficult to write, let alone perform and with The Ladykillers’ interesting and rather uncommon mixture of sentiment and farce, it was always going to be difficult to deliver, yet Max Lindon’s interpretation of Graham Lineham’s adaptation was a delight from the moment it began.

The actors certainly had their work cut out for them as the play twists and turns in all directions, even including elements of Meta-drama. Mrs. Wilberforce’s unconscious white lies to the policeman, to Marcus’ outright fanciful fabrications meant that almost all lead characters had some depth – something that worked better for some characters than others. Carrie Gaunt as Mrs Wilberforce was an absolute triumph. An elderly woman brought to life by the excellent make up and costume, but overwhelmingly by Gaunt’s fantastic characterisation. Her poise and continuity of character were superb; never did she let go of the essence of Mrs. Wilberforce – not even when plunged into a half stage blackout for near entire scenes. The energy of Hamish Inglis playing the character of Marcus was strikingly persistent and he played a convincingly charismatic villain. His culmination into insanity at the very end of the play was skilfully executed, allowing for what felt like a real character transition before the eyes of the audience. Notably impressive was the début of Victor So playing Major – his jittery conman characterisation juxtaposed his later taste for tailoring in the most wonderful way. His monologue with ‘the dress’ was a highlight of the show, inducing raucous laughter.

The staging of The Ladykillers in the Assembly Rooms allowed for an intimate relationship between audience and actor. The set, that Lindon described in his director’s note as ‘elaborate’ worked well. The separation of the stages, whilst at times providing a few blocking problems, offered an inspired way to tackle the separation of the ‘hired room’ and ‘the rest of the house’ – something which of course also represents the partition between what Mrs. Wilberforce believes to be true and what is actually going on. Little details such as the likeness between Barney Mercer, acting as the character of Harry and the photograph of Mrs. Wilberforce’s husband, Arthur, were small, but well thought-out.

Indeed, there were a couple of stumbles and stutters that could be put down to first night nerves; a few lines lost in the depths of characterisation; a few slightly too slow recoveries from blackouts that had the audience mildly confused, but nothing could dampen what could only be described as a thoroughly laugh-out-loud production.