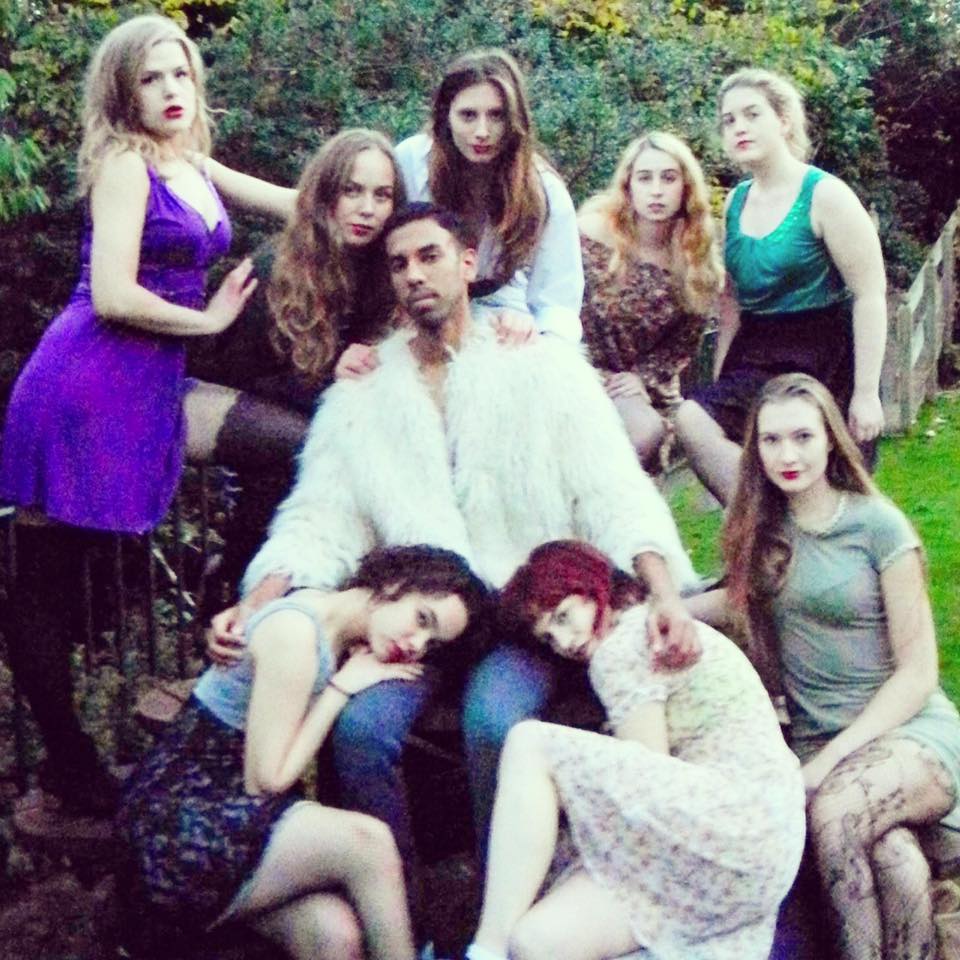 “…what you take away from this tragic depiction of loss and collapse is, perhaps unnervingly, left to the viewer’s judgement.”

A nation pouring out in wild adoration of a new god; a young man spurning family, prophecy and deity alike in his ideological blindness; a mother tearing her own son’s head from his neck in devotional frenzy – these are the images that form the age-old myth of the Bacchae, handed down to us in the profound and poetic words of Euripides’ play, given here in a fluent modern translation by George Theodoridis.

Stepping into the delightful Cassidy Quad, the vines coiled around pillars and dripping from overhangs instantly transport one to the scene of a Roman villa, dressed for Dionysiac celebration, while the long lines of empty bottles, abandoned heels and effusion of fairy lights surrounding the stage bring to mind a contemporary student’s own version of Bacchanalian revels. This collision of ancient and modern reverberates throughout the play, with its timeless themes of religious extremism and prejudice.

An assured opening monologue from Jason Dhoray as Dionysos showed to full effect the righteousness of the young god, supported wonderfully by the chorus of crazed Bacchants, hair wild and lips sparkling red as though a portent of the blood soon to be spilt on their master’s account. Their interludes and interjections proved delightfully unsettling throughout, in their sudden shifts between playful, almost whimsical hysteria and dark, forceful synchronisation.

The carefully masked insecurity of Jacobs’ young king played off well against Dhoray’s smug self-assurance as the disguised god taken prisoner, the dramatic irony of the scene excellently drawn out in their sharp dialogue. This double act proved strong throughout, especially in Dionysos’ coy persuasion of Pentheus to disguise himself as a woman, and Jacobs’ subsequent, subtly wrought transformation of character, as if to give a glimpse of his redemption just as the god sends him knowingly to his doom.

Excellent support was provided by the skilfully humorous performance of George Tarling as Pentheus’ guard, providing an artful comic mask to the darker tones of the piece. Sarah MacMillan as the herald gave a frantic and powerful speech on the terrible power of Dionysos’ followers, masterfully drawing out the bleak poetry of Euripides’ text. Magali Guastalegnanne, again, provided a strongly emotive speech, launching the play violently towards its woeful end with the news of Pentheus’ death at the literal hands of his own family.

Honor Halford-Macleod as Agave, Pentheus’ mother, having taken the stage for this final episode, in blissful, bloodstained ignorance of her crime, descended movingly from a victorious huntress to a bereaved mother with the dirge of Pentheus’ scattered remains, bathetically dragged to the stage in a binbag. The great pathos of this scene was masterfully brought out in the two contrasting portraits of grief, with Agave’s screaming, bitter lamentation at the realisation of her crazed infanticide alongside Kadmos’ painfully suppressed grief for his only heir, all tempered with the giggling, sarcastic taunts of the chorus.

This tense, emotive scene leaves the play with no clear moral, but its power is nonetheless unquestionable. The production team, headed by Christie Clark as Director, have brought together an excellent cast to produce a masterful production of the work, often cited as Euripides’ masterpiece. The divergent themes and styles of performance presented within truly reflect the varied, uncertain message of the play, and what you take away from this tragic depiction of loss and collapse is, perhaps unnervingly, left to the viewer’s judgement.