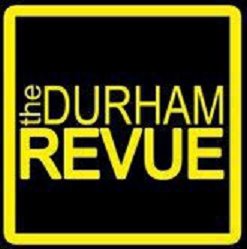 With an overhauled lineup, the 2014/15 Durham Revue made its long-awaited return to the Assembly Rooms on Thursday night.

Although framed in an identical manner to last year’s offering, with the song Eye of the Tiger opening the show and Send Me On My Way closing it, the content differed greatly from previous years and was consistently hilarious. Even the inter-connecting songs were linked in such a way that the laughs often continued once a sketch had ended.

Charlotte Whistlecroft has taken the Revue in a more literary direction this year and the decision worked an absolute treat. There are a lot of laughs to be found in our literary culture and the Pride and Prejudice sketch was a particular testament to that. David Knowles’ portrayal of both Dr. Jekyll and Mr. Hyde was also hysterically funny. He’s been a stand-out presence for a couple of years and it’s great to see him stepping up to the fore.

Indeed, it was the Revue stalwarts of Whistlecroft, Knowles and Weinstock that exuded the most confidence and, for that reason, nailed the most daring content. All three excelled throughout with Weinstock’s presence in every scene proving eye-catching and hilarious – even in the Harry Potter sketch, where Knowles’ also shone as Dumbledore, in which she didn’t actually say any real words but still stole the most laughs. Whistlecroft and Knowles’ Christian musical number was alsod exceptionally well worked.

The confidence of the more senior members should not detract away from the debutants, though. Self-assurance comes with time and the new additions of Andrew Shires, Ambika Mod and Mike Bedigan were all brilliant in flashes. Indeed, given more of an opportunity in later performances, they will doubtlessly excel. Shire’s drastic change in facial expression for the Spartacus scene, Mod’s dead-pan delivery in the robot sketch and Bedigan for his pervasive energy and all-round likeability are all certain to be assets to the Revue.

But for a couple of sketches that promised much but delivered little – the translator using the medium of dance and Alladin’s ‘textile dysfunction’ the most notable examples – it was a solid performance that hit almost every nail on the head.

The show was certainly dicier than in previous years, however. I must confess the Chinese Whispers sketch, while innocent in its intentions, was on the cusp of being offensive due to how stereotypically extreme the accents were. Also, naming a child Mohammed in a scene about Christian conversion could be deemed in poor taste given the current climate. Having said that, no one has a right not to be offended and I certainly wasn’t. Indeed I respected their daring material that provokes a laugh before people have time to think that they shouldn’t actually be laughing. It must be observed that there was about half as much of a reaction for those particular jokes, though, suggesting that some were not fully impressed.

This is now the fourth time I’ve seen the Revue and I’ve never been anything other than impressed. In fact, I’ve always left the Assembly Rooms with a smile and I think this can extend to the whole audience. This kind of comedy can’t help but make you feel good.

In short: there’s not a group I enjoy watching and reviewing more than the Revue – and that’s not a compliment to be given lightly.