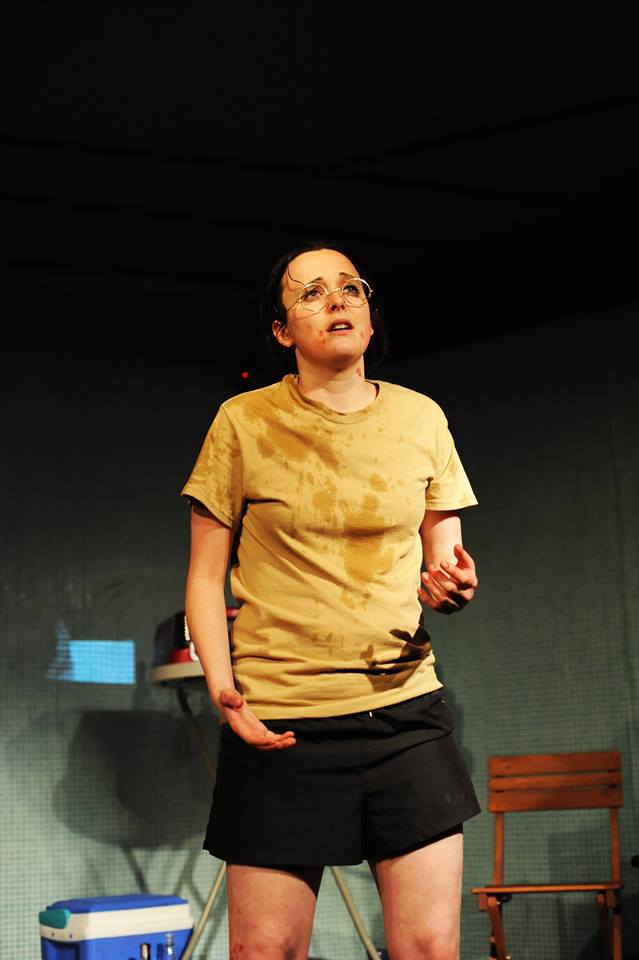 The classical tale of Odysseus returning home to his beloved Penelope has been retold many times in a variety of different manners, yet none quite as unique as Enda Walsh’s play. Set in an abandoned swimming pool which is occupied by a group of seemingly unsuitable suitors, the play follows their quest to win over the heart of the abandoned Penelope, who watches them through CCTV. This play could easily seem farcical and one dimensional, yet directors Talor Hanson and Luke Titmuss succeeded in creating a production with very little to fault.

Upon entering the auditorium, actors were already in place, surrounded by the multitude of tiles that effectively conveyed the swimming pool setting and a myriad of food and alcohol. The set was most impressive and the production team should be commended in their ability to cater for the demands of such an absurd setting.

Above all, Hanson and Titmuss should be praised in their creation of a piece of theatre with such diverse themes. The jarring of tones is difficult to effectively pull off, yet the shifts from hilarity to sheer devastation were seamless and constantly kept the audience engaged. The scenes of comedy, such as Quinn’s (Freddie Parsons) dancing spectacle with a single sheet of fabric, and the moving moments of the heart-wrenching monologues delivered to Penelope, were equally effective and enjoyable to watch.

Perhaps the most impressive feat of this production was the dynamic of the cast; with each of the four actors onstage throughout the duration of the production, their consistent energy and characterisation was admirable. The diversity of each character was palpable from the offset and all complimented each other throughout the production. The manipulative power of Parsons as Quinn was particularly effective in his aggression as he oozed arrogance, particularly in his scenes with Burns (Angharad Phillips). As the vulnerable underdog, Phillips’ role as Burns could easily be overlooked but Philips demonstrated an impressive strength. Despite being constantly fixed to the outskirts of the stage, her frustration and morality was ever-present and the naturalism of her acting style was thoroughly engaging, grounding the otherwise absurd elements of the play. This absurdity often arose from the comedic duo of Zac Tiplady as Fitz and Alex Colville as Dunne. The senility of Tiplady was endearing, and strikingly believable, particularly in his moving monologue addressed to Penelope. Yet, it was Tiplady’s ability to undercut moments of tension with comedic quips that was most enjoyable; his senescent ignorance was most charming and a true joy to watch.

However, it was Colville’s portrayal of Dunne that produced the outstanding performance of the evening. His comedic delivery was impeccable with relentless sarcasm and wit. Yet, it was his power to move from this confidence to a touching honesty in his nostalgia that was most poignant. Without moving from his chair once, Colville managed to captivate the entire audience in his remembrance of his mother; a moment that was absolutely stunning.

Penelope is proof that theatre can never fail to surprise you; I never thought I could be moved by an old man in a dressing gown sat in an abandoned swimming pool, but I was wrong. If you want to challenge your perceptions of classical stories, and have a good laugh while doing so then I would highly recommend booking a ticket.