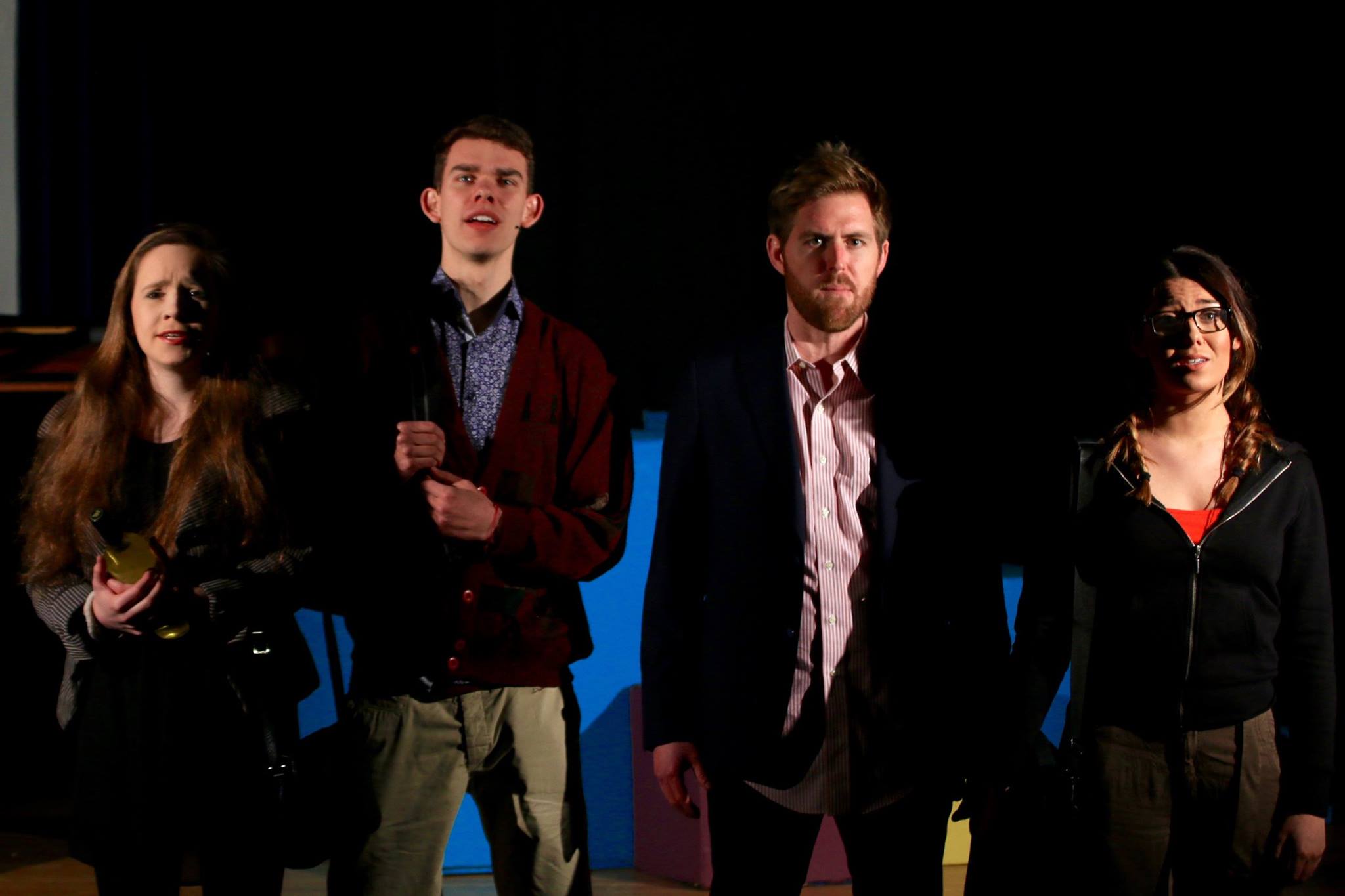 Ordinary Days is a musical based on the stuff of life: stories. The audience is privy to the thoughts and interactions of four young New Yorkers as their lives intertwine, overlap and pull apart. The cast in DULOG’s production is impressively strong, communicating the personalities, aspirations and temperaments of their characters vividly to the audience. The actors were capable of making us both laugh and cry with astonishing ease as moments from their respective lives were rendered hilarious or touching.

The Music Department Concert Hall was an appropriately intimate location to stage these stories. The audience felt close enough to be in the New York of these characters, the life of the city being effortlessly evoked. Director Sophie Forster used the space brilliantly, the actors filling every inch of it, bursting out into the audience. My only (frequent) worry was proximity of the actors to the step leading onto the stage. There were a number of near-accidents as the actors, lost in their New York, forgot about the physical constraints of the Durham performance space.

The singing voices of all four performers were brilliantly strong and clear. The musical is entirely sung-through, rendering the performance an impressive feat of both voice and memory which was pulled off almost without fault. There were some first night memory gaps and the male half of the cast generally lacked the ability to reach the big notes with the same ease as the girls. The singing overall, however, was a pleasure to listen to and Isabelle Horler’s (Claire) solo at the end of the play was particularly heartfelt and beautifully sung. The audience was also treated to the talent of Musical Director and expert pianist John Reddel, who further communicated the hustle and bustle of New York and the ups and downs that we journey through with the characters.

However, I couldn’t help but feel that the musical genre at times interfered with the communication of the stories and characters. Whilst Alex Mackinder (Warren) and Meriel Killeen (Deb) filled their roles brilliantly, they were breathing life into characters that Adam Gwon had written more to be caricatures than real life New Yorkers. Whilst I felt like I could bump into either Jason (Mitch Kroener) or Claire on Broadway, both Warren and Deb had less nuanced personalities. Characters in musicals are often more caricatured and clichéd than in plays, and it was simply an odd dichotomy to watch half the cast give more three dimensional performances than the other. Frustration with the genre continued when at times it felt like the characters could have better expressed themselves without singing to the same slightly repetitive score. Having said this, to criticise the genre of the piece feels like criticising a rom-com for having a predictable love story. Musicals are supposed to be larger than life, and this was the impression that the audience had when leaving the Concert Hall: the feeling that you have just witnessed something bright, bold and colourful.

The show might have ended on a relatively typical Happily Ever After, yet sometimes I think this is exactly what we crave in a production. All members of the cast and production team should feel like they have pulled off a great show and I personally cannot recommend a better way to spend an evening this week.