Isabel Carmichael-Davis in Drama on 8 December, 2019.

‘The Magistrate’ is a Victorian comedy, written by the playwright Arthur Wing Pinero in 1892. This is an unusual choice and the play was most famously turned into a silent film in the 1920s, which speaks volumes for its physical and slapstick style of humour. As the Director’s note correctly identifies, it has the feel of an Oscar Wilde play, but unfortunately slightly lacking his dark wit and snappy one-liners. There are still funny moments however, and the direction of Keir Mulcahey manages to make the most of the over-the-top characters and absurd, farcical plot.

The acting was a little mixed, some ‘hamming’ up the part more successfully than others. One of the most convincing was Tom Porter, who was hilarious with his portrayal of old Mr Bullamy. Although given less stage time than some of the other part, Porter added some great mannerisms to the part, which helped him seemingly transform into a realistic posh, elderly gentleman, despite the lack of make-up or grey hair.

Ben Willows and Theo Tobias made good comedy duo as Captain Lukyn and Captain Vale respectively. Ben Willows especially had a ridiculous role, with lots of heightened emotion and shouting, which he achieved without losing the clarity of the words, or the comedy of the lines. It was overall quite a loud and lively production, but this pair in particular had an impressive energy level, and the audience found their stage fighting hilarious.

The music, both used for the plot and as accompaniment, was played single-handed by Paul Dirk, whose piano skills and stamina were admirable. The upbeat and simple music complimented the whimsy of the production, without dominating over the action on stage. The costumes are also impressive, put together by Producer Molly Agar, and they successfully placed the production firmly in the Victorian era, with officer uniforms and full-length dresses. Katherine Briggs and Annabel Grace, in the parts of Agatha Posket and Charlotte Verrinder, particular benefitted from these costumes, and successfully delivered the part of the two contrasting sisters, with a great natural dynamic. Agatha, though constantly on the edge of hysteria, is an amusing character with her maternal fussiness and authority, and 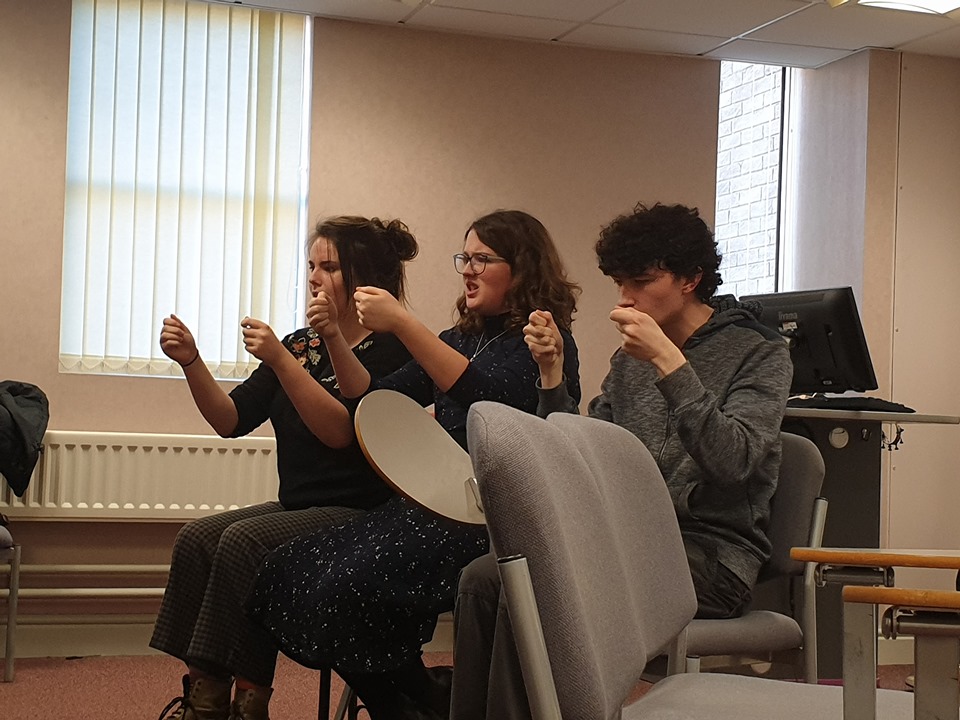 seemingly contradictory desire to lie about her age, a lie which sets the whole plot in motion. Charlotte is the more modern of the two sisters, whose sexual confidence and constant hunger is refreshing for a female part of this era. The remaining female parts of the original were unfortunately a bit non-descript, however this mild lack of interesting female characters is made up for by the cross-dressing of the minor parts.  For example, Kate Pesenti dressed as a moustached police officer complaining about not being able to tell modern men and women apart, worked particularly well in modernising the original material.

They put in on in the Assembly Rooms Theatre, which is one of the nicest venues I’ve been to. I hadn’t been inside the theatre since its renovation and I was really impressed by the smart, new décor. However, although a great and comfortable theatre, it was less than half full and so this production might have been better suited to a smaller venue. Nevertheless, the actors didn’t seem put off by the seemingly small audience, and the technical director, Anna Bodrenkova made the most of professional light system.

It was overall a very enjoyable show, and it is for a worthy cause as all profits from the ticket sales are being donated to the charity LawWorks, which offers free legal advice for those who cannot afford it.