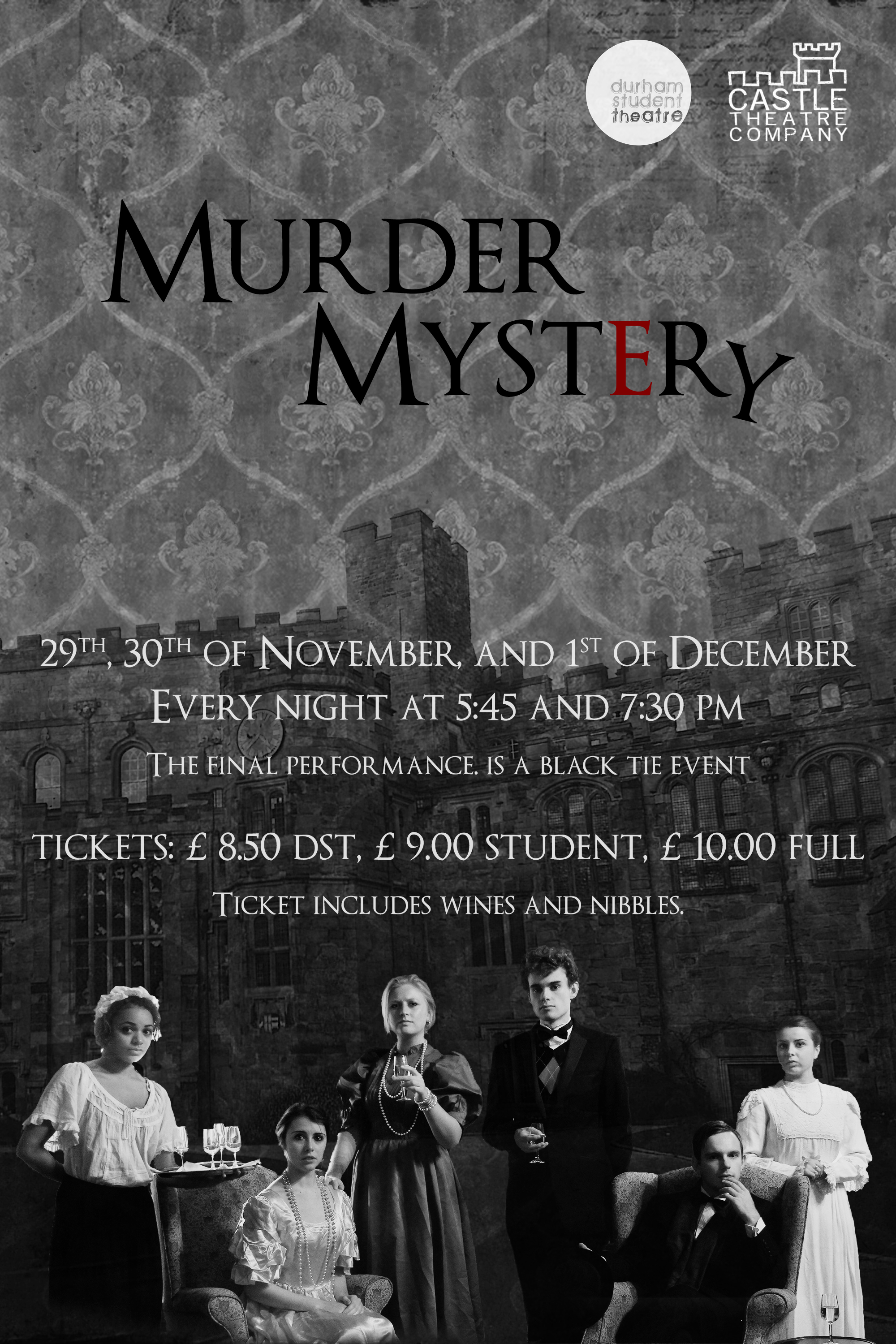 An immersive and accomplished production

We gathered expectantly in the dark for a night of murder mystery, written by Cressida Preever and set in nineteenth century high-class society. I was, I must admit, initially dubious about my ability to be instantly transported back in time, but once the slightly sinister character of butler Cartwrigh, played by Michael Earnshaw, led us by lantern through the Castle’s great walls and into the Tunstel gallery, the scene and atmosphere was set.

The setting of the beautiful castle was a distinct advantage for this production, and the actors’ task of drawing the scene was mostly achieved before even the first words were uttered. Each character, and ultimately each murder suspect, were all introduced smoothly and naturally, and the audience was able to quickly grasp both the concept and context. We were treated as guests, invited to sit down at a beautifully laid table in the Senate suite accompanied by piano playing. This was a lovely touch and made the audience feel they were truly Lady Dunelm’s guests and a part of the drama to come. I am sure that the addition of black tie into one of the performances will also be great and should perhaps have been a feature of every night.

The action unfolded in stages through various rooms in the Castle. The transitions in this immersive theatre style could have very easily been slow and disjointed, especially given the task of corralling a fairly large audience group into following from scene to scene in an orderly way. However, this was accomplished quickly and without a hitch. A nice touch was the breaking up of the longer room transitions with miniature scenes, for instance a muttering pair of people in a corner, reminding us that we were witnesses to the drama.

At times the play successfully achieved a feeling of intimacy. I particularly enjoyed a scene that made me feel as though I was eavesdropping on a conversation that I wasn’t meant to hear. However, I found some conversation topics very unlikely, as they tended to be secretive and accusatory, distancing the audience somewhat from the drama. Yet it was these scenes which caused me to form theories as to who could have conducted the terrible crime, in true Cluedo fashion!

The key aim of a successful murder mystery would of course be to keep the audience guessing to very every end about ‘who dun it’. During the interval, all the conversations I heard were discussing various culprits, showing it wasn’t just me who was completely absorbed in trying to figure out the ending. In general, I found the writing to be very effective, particularly the method of discovering who the murderer was (I won’t spoil it for you!) and this was made all the more intense through the lack of the protective shield of a stage. I was however slightly disappointed with the abruptness of the ending and felt that this could have been expanded.

The cast was, on the whole, very convincing. Fleur Manning and Pippa Mosley played off each other very well as Mrs. Dunelm and her shifty maid. Alex Prescot too managed to draw the audience in with his sensitive performance as underprivileged Jacob. Although special mention needs to go to David Myers as John, who, with his fantastic timing and characterisation was truly impressive and proved to be a real highlight.

To conclude, the production, and particularly Cressida Preever with the script, really did the fantastic Durham Castle justice with their effective and accurate portrayal of a nineteenth-century murder drama.