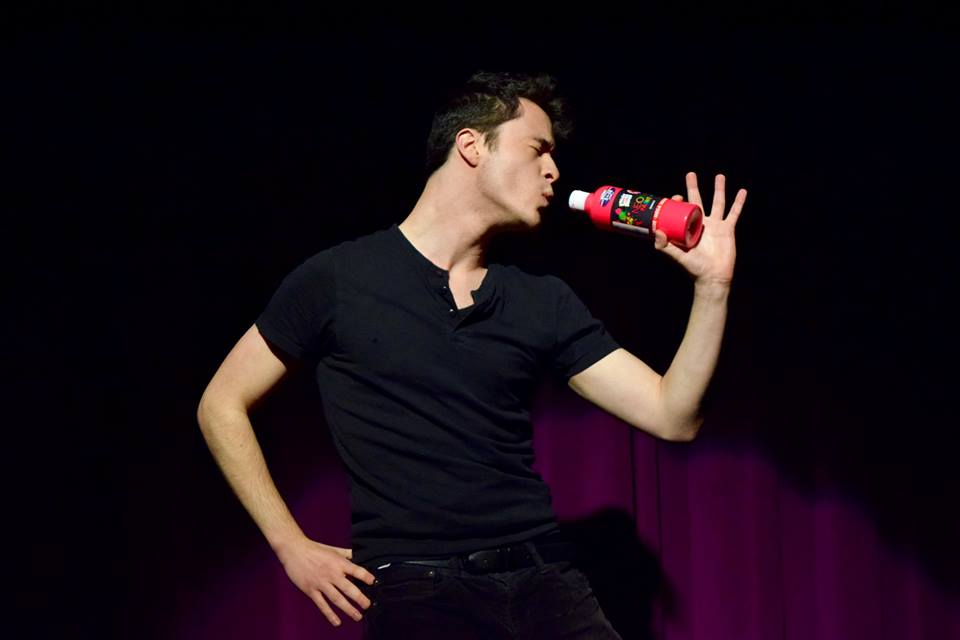 Possibly the most unique and individual play the DST has produced this term, ‘MOSCOS’ brings the quirky imaginings of a young toddler to the stage, in Jasmine Price’s original production, giving the audience an immersive insight into their mind through the use of puppetry, dress-up and interpretive dance.

The use of childlike imagery to decorate the stage and surround the audience immediately creates the lively and giddy atmosphere which the clowns come to embody, as they meander through the dream-like sequence of play. It enables the tone of the play in its infant-like wonder at the world being created inside the head of the child. The use of music in this sense was similarly effective. Whenever a skit felt as if it was starting to drag or the right tone wasn’t being created, the music would usually mirror the effect the actors were aiming for, and helped the audience respond accordingly.

However this often wasn’t necessary, as the pieces throughout kept the audience in a constant state of giggles at the clowns’ actions. Opening the production, Barney Mercer provided shy yet exuberant comedy, in a character he excelled in until the very end. Mally Capstick and Maddie Lock were particular standouts, with Capstick’s facial expressions managing to elicit laughs every time and Lock’s repeated shyness becoming increasingly amusing and more extravagant in her attempts to hide as the show continued. The puppeteers Ashaleigh Hall and Imogen Carr, were incredible in their agility to manoeuvre throughout the show. Particularly, their ability to make two scarves tied together seem likeable, and sympathetic in places, is especially commendable, especially when there was such a strong cast overall.

As mentioned, the comedy of the play had the audience laughing throughout. The opening scene of Barney Mercer and Charlie Norton started before you had even realized, as there was barely an indication of the start of the play, which served to reinforce the feeling of the audience being onlookers into the mind of the child. This opening was particularly strong, in its characters and comedic delivery, and set up the eccentricity to come. Later, the dressing-up sequence was equally hilarious, especially in the delight of the clowns and the ‘cheese dreams’ portion was oddly poignant. The juxtaposition of the comedy of the ‘cheese dreams’ and the dramatic shadow puppetry had a melancholy effect which slowed the pace of the show, and allowed the audience to marvel at the unconventional ways of the mind, of which they could surely relate to. Overall, the actors excelled in the group scenes, working incredibly well together to create a symphony of thought which amplified the comedic potential.

Although the play was largely successful in its comedic approach, some scenes felt drawn-out and too long, and some which were repeated in an effort to create an internal rapport between audience and actors, could have been kept to a one-off. Although the characters did maximise the comedic potential, sometimes it did feel stretched too thin. This happened sporadically though, and the majority of the play created laughs throughout.

Providing a fresh and original idea which the DST should welcome, ‘MOSCOS’ yields an endearing evening which leaves the audience marvelling at the marvellous nature of the mind and envious of the wonder with which children perceive the world.

‘MOSCOS’ is showing at 19.30, Saturday 9th November, at The Assembly Rooms Theatre.