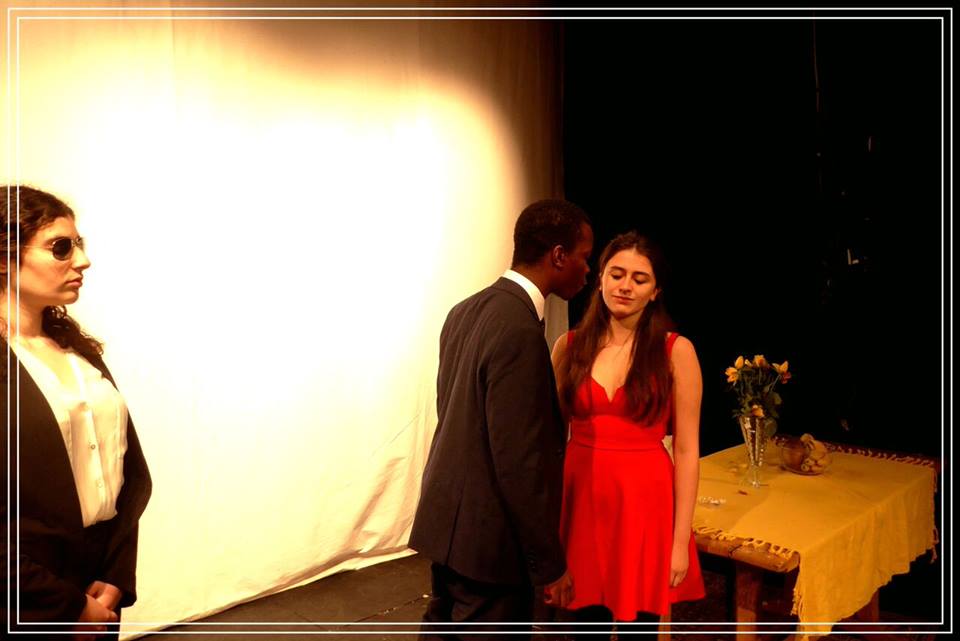 “…its plot remains disturbed, but becomes visually more political in its approach…”

As a product of Ancient Greece, Euripides’ ‘Medea’ was perceived as scandalous to his contemporary viewers. Here, in First Theatre Company’s Production, its plot remains disturbed, but becomes visually more political in its approach as ‘Medea’ draws to its tragic conclusion.

In this political sense, the chorus acts to represent the isolation of Medea and the war of the sexes which begins to take place as the play unfolds. A clever directorial move on Hannah Sanderson and Katie Sawyer’s part, the chorus is portrayed uniformly whilst Medea’s clothing stands in stark contrast. As they mill about at the front of the stage, correspondingly reacting to Medea’s misdeeds, as she increases in her vexation on stage. The movements of actors from individual characters to a collective furthers this ideal, as they reflect the general Athenian attitudes to Barbarians and women acting against their traditional role. The dialogue becomes unnecessary to portray her isolation, for we can already see it displayed in front of us.

Then, as the play delves into dialogue on sexual politics, the male and female actors split at either side of the stage, causing the audience to perceive the narrative as a battle of wills between Jason and Medea, and therefore to an extent, men and women. This director’s decision acts as an incredibly efficient and imaginative way of demonstrating the politics surrounding ‘Medea’, and allows its discourse on topics not to just be limited to dialogue.

However, this political message could not have been conveyed without the ability of the actors. Katie Cervanak’s Medea was so consistently frustrated in her portrayal that sometimes the rest of the cast appeared subdued in comparison. Her often melodramatic actions, suited the character perfectly, whilst maintaining the frustration of someone who has been unjustly treated their whole life, helping to define the wider politics surrounding the play. Descending from crazed shouting to serene madness and back again, Cervanak’s performance really carried the whole play. Her arguments with Jason were also a consistent source of tension and conflict, Ted Goodman’s performance of Jason in this sense mixing well with Cervanak’s here as they went head to head. Whilst the chorus mirrored what they were trying to say, their arguments were what divided the audience as they became increasingly divided over the ambiguous morals of both characters. Both presented reasonable arguments, but it was up to the viewers to decide who to support. The ability for the chorus to inhabit different characters was also admirable, as they easily slipped into their respective personas and back into the body of the chorus.

This cut-down version of this play managed to maintain a fast-pace throughout, different from the traditional narrative, but more entertaining for every moment was devoted to the true conflict of the play, between Medea and everyone else surrounding her. The opening dialogue cut out much of the set-up and resulted in the production being started in the midst of the action, developing swiftly into dispute and gradually becoming more and more manic as it reached its conclusion.