Review: Made in Dagenham 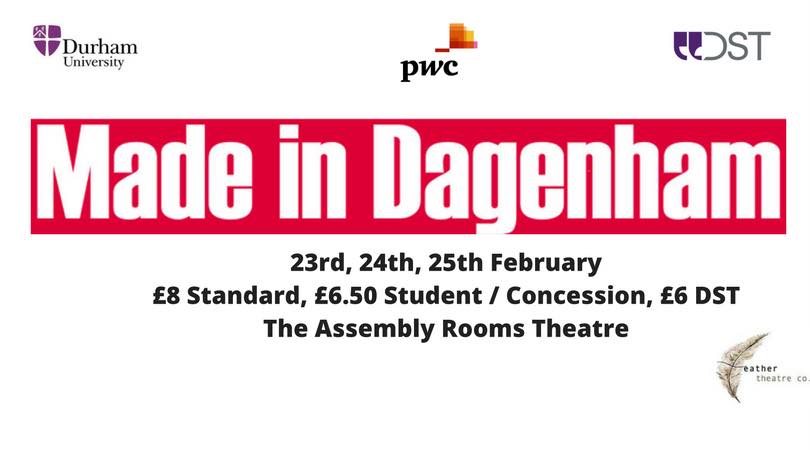 Feather Theatre Company’s Made in Dagenham proved to be a very enjoyable experience with strong performances, often featuring a nice balance between the comedy and poignancy of the script. However, it also proved to be a deeply troubled opening night, with much to be improved for the duration of their run.

Many members of the cast must be commended for their dedication to this production, resulting in very strong performances. Hannah Ambrose as Rita undeniably stole the limelight with strong singing and commanding stage presence. She conveyed the great weight of her character struggling towards equal pay for women against all odds with admirable subtlety, which best reflects how natural her performance felt. The highlight of the show was her solo during her speech at the climax of the play; it was impossible not to be fully invested in her characters journey. Jamie Blackwell, playing the role of her husband Eddie, also offered a very high quality performance with very strong singing aside from a few strained high notes. While he lacked the emotional conviction his female lead possessed, he handled the hyper-masculinity of his part with outstanding success, as he did not play it to over the top, unlike some of his other male co-actors.

Rosie Minnitt as Connie was also a joy to watch on stage, she captured the strain upon her character with great success, and handled some very difficult songs effortlessly. My only advise to Minnit would be to relax more when sitting on her chair in her first number and not move around as much, as when she seemed more relaxed she excelled above almost everybody. The group of female workers were all a pleasure to watch, with Issy Richardson displaying some outstanding comic timing. Furthermore, Jake Goldman’s opening number in Act 2 kicked the second act off to a perfect start with high energy and excitement. Goldman was highly entertaining, however he should be aware of how much he unnecessarily paces when on stage. He would also do well to relax his physicality at times, and not try to emphasize every line with a physical action.

Joe Campbell and Carys Roberts both had brilliant moments of comedy, yet they had a tendency to overact, in a jarring way. They often responded to other characters lines in an unnatural manner both facially, and sometimes physically; less would be better and lead them both to highly accomplished performances. Although Nicola Samosa posses clear talent and had very engaging moments, she had a very troubled opening night. Failing to come on stage at the right time once is forgivable, however three times in one performance is not. The fact she mocked herself in doing this on the third occasion as she signaled an apology to the crowd was undeniably comedic, but very hindering to the show. Musicals inherently stray from realism for a reason, people don’t usually burst out into song in the middle of conversations, however when actors fail to hide their microphones it is pushing it too far. It often prevented one from immersing oneself into the drama. Samosa dropping her microphone highlights the danger of allowing your microphone wire to be out of your costume. 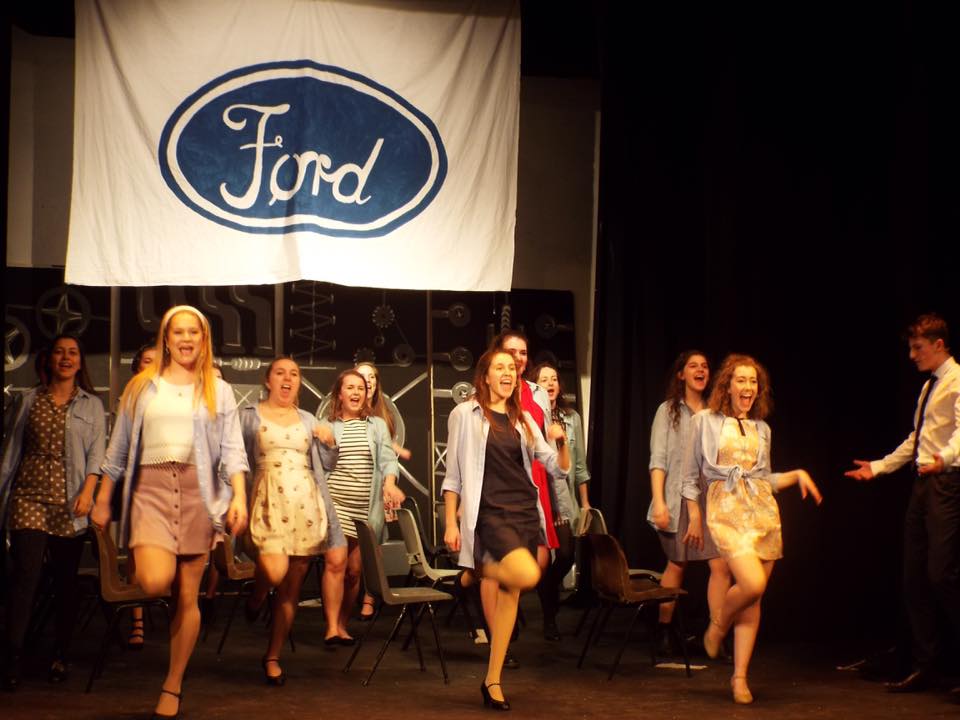 Unfortunately, the cast and crew also suffered from a very shaky technical performance. Actors were often left in a blackout while still singing and dancing, the house lights were left on for the first thirty seconds of Act 2, and there were very jarring light changes in the wrong place throughout. The sound was also a big issue. Microphones often crackled, and the feedback in some moments was deafening. I couldn’t help but notice that when Abrose held her microphone for her big climactic speech and stated in character, a line from the show ‘is this thing on?’, it was representative of many microphones being switched off when actors were in need of them.

The most notable flaw of the production was the scene changes. Made in Dagenham consists of a challenging number of them and unfortunately they were not successfully executed. To fully address this problem I believe Joanna Boyle could have staged the show more effectively. In my opinion the band should have been placed at the back of the stage, which would allow the more intimate and minimalistic scenes to be placed at the front on a lowered level where actors could merely move towards them without a scene change being necessary. This being said, with a few polishes the scene changes as they are could be easily improved just with more practice. Also, if the actors stop talking during them, so the audience don’t hear lines such as ‘that chair goes there’ through a microphone, the scene changes would be far less of a problem.

Indeed, in terms of the big cast scenes, they were impressive as a whole, and so Boyle is clearly talented at handling large groups of people. However, the choreography was lacking in both excitement and execution. The amount of times people just circled each other, or threw their hand in the air during a line became tiresome, and the chorus was often out of time with their dancing. As a whole the singing was impressive, yet at times it verged on shouting, an easily solvable problem however. Another highly commendable aspect of this production was the effective set and use of the many props throughout. This signals that a very dedicated and talented production team are behind this show, just as the stage was filled with great talent throughout the night (just with an exciting amount of room to improve) and I’m very excited to see what each other them do next.

It must be noted that these criticisms could easily be fixed with another cue to cue, and fixing just this would genuinely allow this production to reach great heights, as their was still great elements in every area. The band offered a stellar performance both individually and as an ensemble. Their timing was impressive; Hugo Jennings should be congratulated. Also, unlike many before her, Boyle used shadow puppetry effectively on The Assembly Rooms stage and for this I commend her admirably. She clearly posses innovative ideas and there was something deeply refreshing about the production she brought together. She focused on the actors balance between comedy and the more emotive and powerful moments. This is a hard balance to strike and lead to a very versatile production as a whole. I only criticize so much because so many aspects only need slight adjustments. With more finishing touches, and another night, I have every faith that this musical could become a real tour de force.