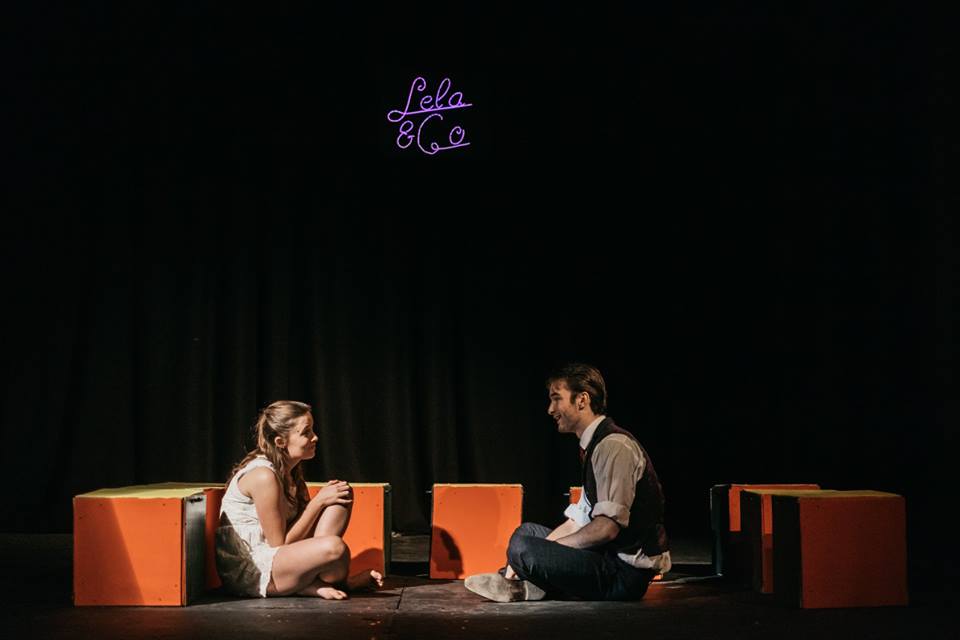 We open on Lela, dashing backwards and forwards, stacking her blocks as a man stands in the background, staring at her. Even when he’s not speaking or moving, the male figure presides over her every move. The audience fears for her even when she’s on her own. It’s a narrative many women can relate to, regardless of their situation or privilege.

Zac Tiplady does a good job of switching between characters, allowing them to become easily distinguishable for audiences with mostly believable accents. He inhabits the role of Jay and the soldier the best, Jay as the smarmy older figure which the audience immediately comes to hate, and the young soldier whom the audience initially warms to, and then, along with Lela, see they have been deceived by. Tiplady’s performance here strikes the balance between the surface charm and the underlying cowardice of the soldier, ultimately harming Lela. The more emotionally extreme and exuberant roles, like Lela’s dad and her first husband, Tiplady takes a while to settle into, but eventually they all become individual and recognisable in their characterisation.

Rebecca Cadman’s Lela is bubbly and happy throughout, with a never-failing sense of positivity which Cadman pulls off, constantly reminding the audience that Lela is only a teenager in all of this. Her performance of childhood innocence makes her situation all the more poignant for the audience. Sometimes the more deliberately emotional scenes on her behalf are not as hard-hitting, but her naivety throughout creates a distressing tone, and frustration on her behalf from the audience. Together, Tiplady and Cadman fuse well together in their different dynamics throughout, making for tense viewing in which the audience is unsure where the relationship between the two is going to develop next.

Alongside the acting, the use of setting was cleverly changed by the blocks throughout to visualise Lela’s entrapment, along with the height created showing different levels of superiority. The use of singing throughout was also smart in its approach, a recurring tune which Lela sings and is interrupted each time by the nameless male, until the end, where Lela has emancipated herself and utilises the freedom of her voice, no longer interrupted. However, sometimes the background military noises felt unnecessary, although they were to show Lela’s separation from the outside world, the acting and the set were enough to convey the isolation.

The documentation of male oppression throughout the play is fascinating. Some are immediately obvious, Lela’s first husband immediately providing the creepy feeling most girls will undoubtedly be familiar with. Yet, the most terrifying ones are the ones you don’t recognise immediately, the soldier Lela befriends is initially a ‘nice guy’ Lela trusts, but ultimately conforms to the patriarchal order which continually abuses Lela. It’s obvious to the audience throughout what he’s really there for, but we try to ignore that in favour of his jokes and easy disposition in comparison to other male characters. Although Lela’s situation is extreme, the male characters within the play are those whom most of the audience can recognise, even on a small scale.

The tale gradually becomes more and more harrowing as the narrative progresses to show how truly entrapped Lela is. Revealing a culture of domestic abuse and sex trafficking, the audience’s unease increases as well. Although the tale ultimately concludes with a form of happy ending, we are also reminded of the emotional repercussions, the lies surrounding Lela in an attempt to conceal what has really happened and the continuation of situations like hers for so many other women throughout the world.

Lela & Co collects for Rape Crisis England and Wales at the end of the show and is on at 19:30. 19th-20th January at the Assembly Rooms Theatre.