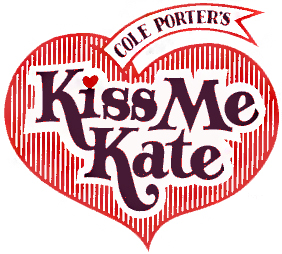 With its impressive size and professional atmosphere, the Gala Theatre proved itself to be the ideal setting for DULOG’s latest musical, Cole Porter’s Kiss Me, Kate. Having never been inside the venue before, I had reservations simply from viewing the cool external façade of the building but the theatre was as classic as any Kiss Me, Kate fan could wish for and the personalised message over the tannoy system before the show began really set the tone and scene for the performance.

As a play that depicts the performance of another – a musical adaptation of Shakespeare’s Taming of the Shrew – the Kiss Me, Kate provided its cast with the wonderful opportunity to each actually play ‘cast members’. Every one of them took advantage of this conceit to bring the musical spectacle to life with a sense of naturalism and ease that is usually not associated with musical theatre. The transitions between the scenes were slick to match the ease of the performance.

Sorrel Brown truly shone in her role as Lilli Vanessi, from the moment she stepped foot onstage to the final kissing of Kate, she left no audience member in doubt as to who the leading lady was. Charlie Keable played a strong and charming Fred Graham alongside her and truly did the role justice by bringing an eye-catching energy to the stage. Brown’s long dark wig, Keable’s movements onstage, and the very nature of their characters brought the image of Elizabeth Taylor and Richard Burton to mind whenever the two were onstage together, which I feel was intentional and incredibly clever.

Special mention must be made of Sarah Slimani’s marvellous portrayal of Louis Lane. Not once did she slip out of character, and what a character she was! Confidence oozed out of her every pore and her theatrical experience and talent were clearly apparent throughout.

The double-act of Harvey Comerford and Dominic McGovern as the two gangsters was also a wonderful feature of this production. They were consistently hilarious throughout and their rendition of “Brush Up Your Shakespeare” quite literally brought tears to the eyes of this English Literature student (who, coincidently, more than appreciated the literary-based puns throughout). The lady sat next to me even made mention at the end of that song that Comerford and McGovern worked so well together that, in style and appearance, they made her think of the Blues Brothers.

Each musical number brought with it a different type of energy, and the choreography – along with it’s execution – was as slick as could be. The dance routines were truly a feature that emphasised the professionalism of this particular production.

The band were sublime but, regrettably, there were periods when the music overpowered some of the singing and lyrics got lost, though it didn’t really diminish the enjoyment of any of the musical numbers too much.

Overall, DULOG’s Kiss Me, Kate was a truly fabulous spectacle that I think any musical theatre-loving fan will adore. It’s got the music, it’s got the jokes, and it’s got the performances to make it more than worth the ticket price. Everyone involved deserves a pat on the back because it was so slick and professional all who exited the theatre were left in awe… and a mountain of confetti.