Review: The Importance of Being Earnest 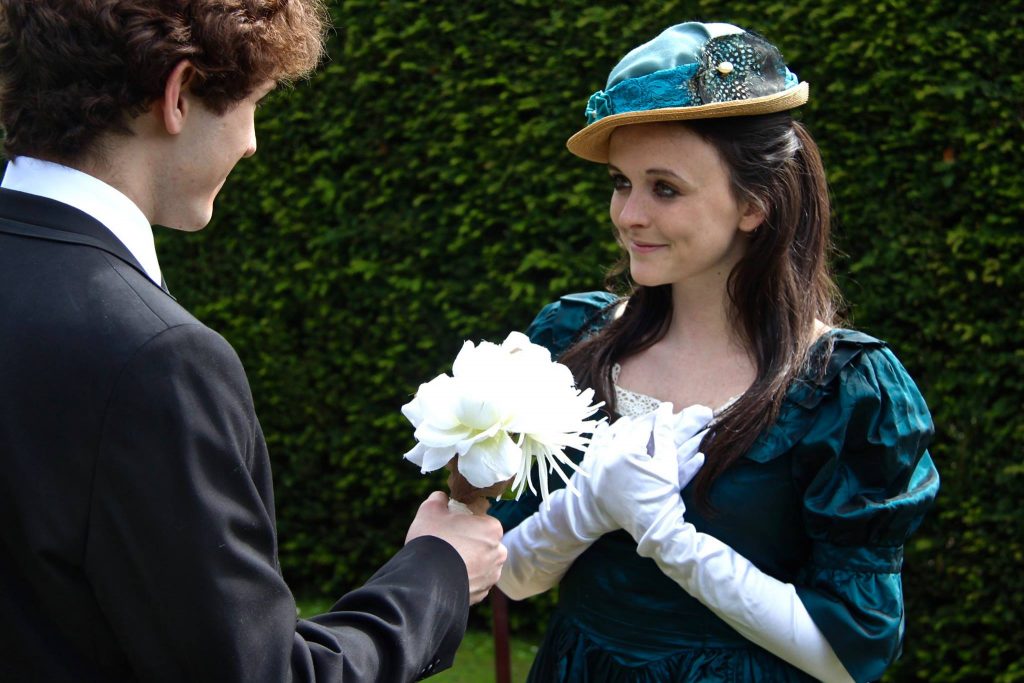 As someone who has neither read nor seen The Importance of Being Earnest, I was excited to watch Aidan’s College Theatre’s rendition of the famous Oscar Wilde play set among the beautiful botanic gardens in Durham, particularly given the cast and the director Becky Wilson’s reputation as amazing actors and director respectively, I was looking forward to what I hopes would be a satisfying show. Despite only having three days to put together this play together, my expectations were by and large met.

Indeed, Wilson used the atmosphere and beauty of the botanic gardens to their full potential, leading the audience into the world of the upper class society of the Victorian era set amongst the bushes, brick walls and flowers in the gardens. We could have very well been present day in the country garden of the aristocracy. This atmosphere was crucial in terms of Wilson’s vision for the piece and worked incredibly well. Wilson’s direction also triumphed in terms of playing on the heightened sensibilities and peculiarities of the heightened characters in the play, with a production that played heavily in physical comedy arising from characters in the background and their reactions; this showed a strong directorial vision, as well as amazing performances from the actors. Furthermore, the lack of a stage facilitated a more naturalistic staging of entrances and exits of characters, meaning the actors had to remain in character constantly throughout. One example of this was during the interval, when swapping locations, the butler Lane (Zac Tiplady) directed people in character to the next venue.

In a production like this, it is impossible to give adequate praise to every cast member, which is easily done with this show. Yet, special mention ought to go out to Poppy Sparrow (portraying the role of Lady Bracknell) whose hilarious reactions and heightened physicality was a joy to watch, especially in the scene where she is quizzing Jack Worthing (Alex Marshall) over his attributes and eligibility to marry her daughter. Other notable performances were those of Angharad Phillips (Gwendolyn) and Katie O’Toole (Cecily) whose characterizations of upper class young debutantes were in equal parts charming and hilarious.

However, there were a few issues, mainly lines, which in some instances were plainly missed, and also a moment where Wilf Wort (Algernon) had to stuff a handful of sandwiches into his pockets. This was plainly because he had not eaten them all in the time that he was supposed to. However, I feel given the short amount of time the cast and director had to put together this show (yet again, three days is an impressive feat) it is unfair to talk too much about sun issues. I am sure that the actors and the director will only improve for the next show.

All in all, I would highly recommend watching this show, it was a highly enjoyable experience, and I feel thoroughly ashamed that I went two decades having never acquainted myself with this hilarious piece of theatre; it truly is a show that you need to see.