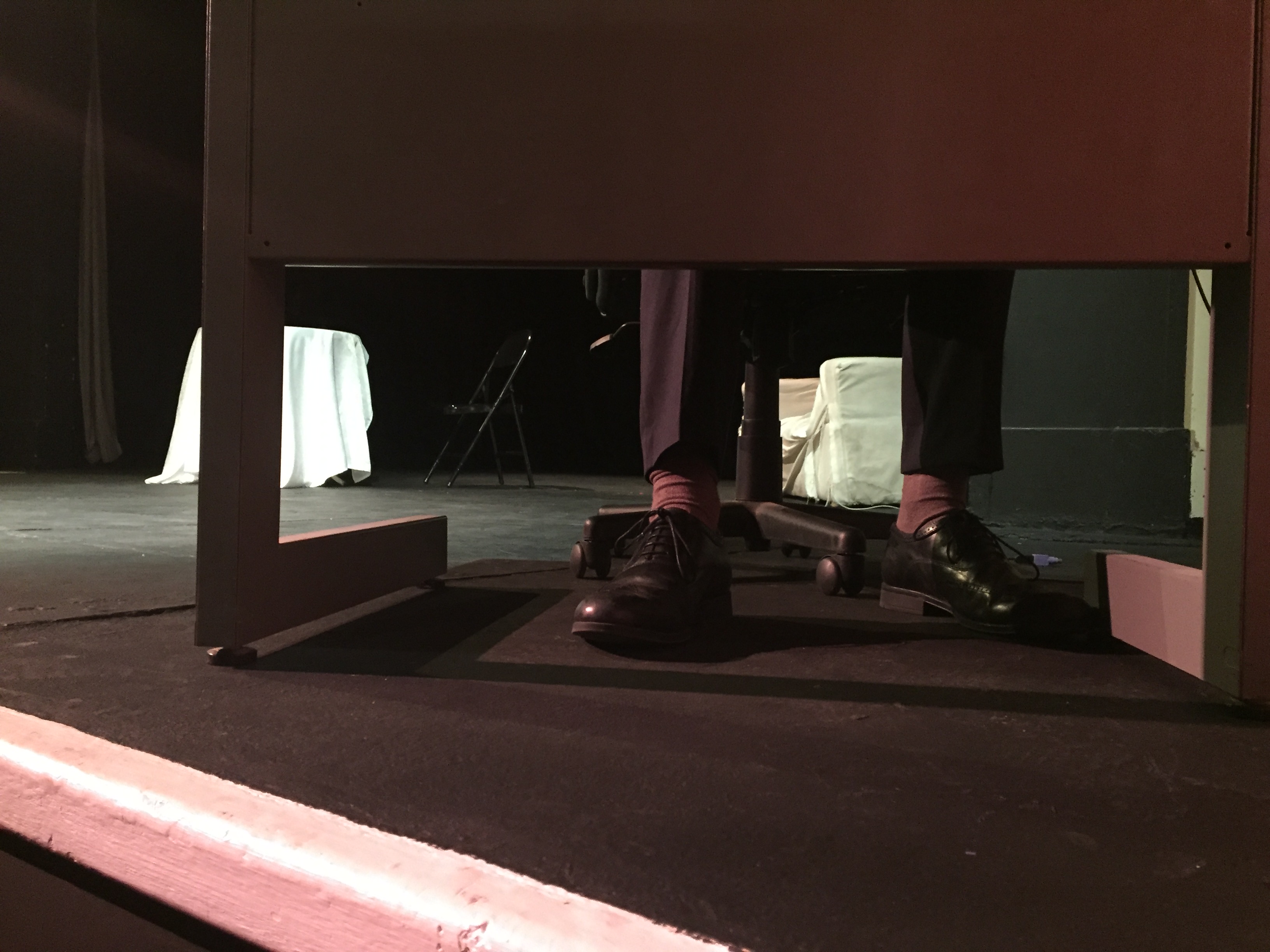 For those of you who have noted the appearance of the word “Hidden?” chalked upon the crossings outside Bill Bryson, Battered Soul Theatre’s production of Laura Lindsay and Peter Carruther’s intimate play was already surrounded by a sense of mystery and excitement even before the opening night. This feeling continued as the audience made their way into the auditorium, where it became apparent from the general pre-show murmurs that no one quite knew who was in the cast or what exactly we were about to see. Nevertheless, it is safe to say that the play is unconventionally outstanding. Due to the nature of the play, however, and the explicit request from the actors themselves for the audience to not reveal the plot nor cast, I am presented with the challenge as how to justify this statement and express the play’s brilliance without giving away any specific details.

Told exclusively through monologues and duologues Hidden presents a darkly comedic telling of the lives of six characters and captures how people’s inner narratives can stay hidden from the public world. The intertwining of these stories delves deep into the characters’ minds and reveals an honest presentation of everyday life. The simplicity of the set worked by placing the characters’ stories at the centre of the play whilst contrasting with the startling confessions, proving that the subject of people’s ordinary lives could be anything but mundane.

With the main focus clearly on the characters themselves, such an intimate piece of theatre would inevitably fall flat without talented actors, and the cast of Hidden should be proud of their spectacular performances. With the absence of any first-night nerves, the actors were able to convincingly capture the anxieties, hopes and loves of their characters, from sensual encounters on a train to stark revelations from a supermarket worker. The actors managed to engage the audience throughout the entirety of the play and succeeding in maintaining an energetic pace from start to finish. The director also succeeded in overcoming the usual challenge of multi-rolling with a small cast to create a performance that flowed effortlessly from scene to scene and resolved with a satisfying sense of cohesion.

This aspect of multi-rolling remained one of the most impressive feats within the play as I, like the rest of the theatre-goers, was amazed at the actors’ ability to seamlessly switch from one character to another with just a change in accent and body language. Their portrayals of the characters’ often blunt revelations captivated the audience, who audibly expressed their delight in the continuous peals of laughter. Yet, it was the contrast of the comedy and sheer honesty that created a sense of understanding, giving the impression that they were confiding in us. It was this relationship between character and audience that made the play feel more genuine and gave it a sense of heart.

Overall, the execution of the play by such a sensational cast created an original and exciting piece of theatre that truly connected with the audience and will no doubt remain in their memory for a long time. I would encourage all to uncover the play’s hidden secrets for themselves!