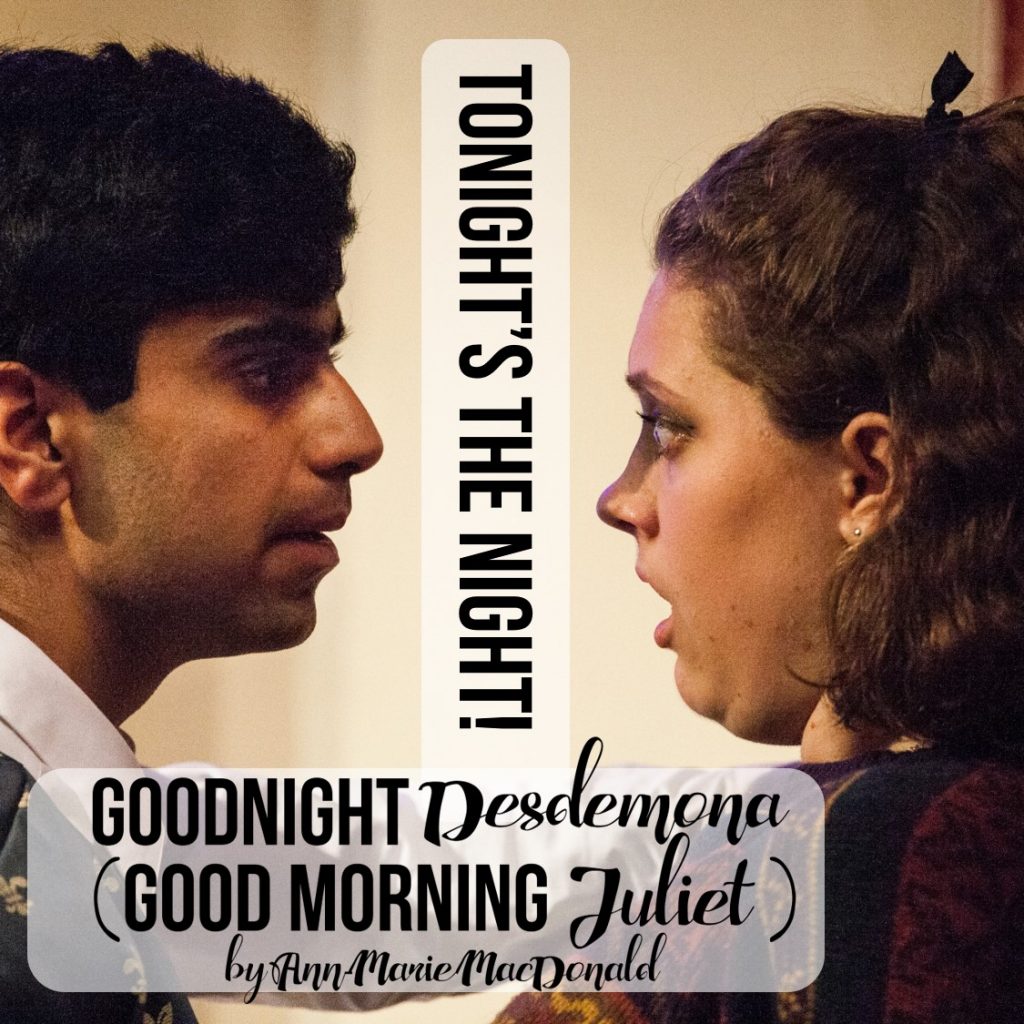 ‘A fun way to spend an evening away from exam textbooks’

First time director Jasmine Price picked an excellent time to put on Anne-Marie McDonald’s Shakespearean parody, only a week after Othello (from whence Desdemona originates), and Price  is excellently merciless in her satire. The piece itself is a rather affectionate ode to two of Shakespeare’s great tragedies, poking holes in the almost absurd premises of them both, and turning them into something no die-hard Shakespeare fan would ever normally be comfortable with: comedies. Whilst the concept of the play holds a great deal of potential, McDonald’s script is an odd beast, mish-mashing Shakespeare’s famous phrases (often quoted ironically by different characters in outlandish contexts) with a range of references to classical epics (Homer’s Odyssey and Iliad feature, as do several nods towards the epic of Gilgamesh). This results in hilarious tongue-in-cheek exchanges between characters, but at times the script lacks the flowing prose of the Bard (which McDonald in some places mimics to varying degrees of success), and attempts to provide a sardonic commentary on academic malpractice feel at-odds with the general tone. Overall, despite some forced elements, the plot does provide a carriage for the heart of the play – a flippant, satirical review of Shakespeare’s greats, which is well-executed by Price and co.

The first thing that catches the eye is an immersive set (Rohan Perumatantri, Set Designer; Alissa Cooper, Set Consultant), which really draws one into the story. The lowering of the apron and the addition of an extra set of stairs was an effective design choice, as it created a host of levels rarely seen in the Assembly Rooms, bringing the action right to the front row. Much credit should be given to Price here for making the most of the space, as the stage in general was incredibly well-used by all throughout . The lighting design was varied and interesting (Tanya Agarwal), particularly during the dreamlike sequences and transitions. Producers Suzy Hawes and Isabelle Culkin pieced together a very slick production all-around, no doubt a result of their extensive experience.

The entire cast’s comic timing and ability to convey a sense of natural confidence led to an engaging visual performance. Constance (Lucy Knight) the Miranda Hart-esque lead of the narrative was particularly endearing; her charmingly awkward manner (and marvellous facial expressiveness) combined with quirky jumper and adorable bobble hat conjured up a character that was both heart-warming and pitiable, all the while remaining humorous, particularly so in the second act. Tyler Rainford (Iago/Juliet), meanwhile, gave a highly enjoyable performance with a camp take on the villain in Act 1, but really shone in Act 2 with a complete shift of tone, displaying a Juliet of a more lascivious nature. Ellie Bowness, portraying a degree of blood-thirsty power in Desdemona, was a wonderful middle-finger to the countless wet lettuce criticisms levelled at the original character. Nikhil Vyas had an amusing turn as an emotionally capricious Romeo and his troupe of “in-the-closet” lads were hilarious. Excellent physicality from Qasim Salam (Othello/Tybalt) (combined with impressive fencing chops which were shared by Zac Tiplady; Professor Knight/Mercutio) definitely provided some comic highlights, although a greater range of vocal expressiveness from Salam’s Othello to match his physicality would bring his performance up to another level. Hammy characterisation from the ensemble as a whole matched the tone of the piece down to a tee and it is clear they have chemistry throughout. However, at times, clarity was lacking- the reasons for this seemingly stemming either from an apparently insufficient learning of lines in some cases, to a difficulty in tackling some of the wordy Shakespearean dialogue in others. While mistakes were noticeable at points, both Rainford and Knight recovered from them with panache, turning these into hilarious asides. Once or twice composure was quietly lost; this should be worked on but given the absurd nature of the piece, it is understandable that the cast could not resist a few smirks. It is worth briefly mentioning that perhaps a bit too much commitment to in-jokes introduced by members of the cast would detract from others enjoying the piece as much as we did.

Pitch Productions chose a well suited time to put on such a whimsical performance, as it provided the majority of the audience with some much needed comic relief at this harrowing time of year. While the play itself has some questionable elements, the cast managed to pull it off with a blend of hilarious visual gags and a few extra references to pop culture thrown in for good measure. A little polishing of lines could definitely help the flow of the piece, but this did not detract much from the overall humour of Price’s vision. Goodnight Desdemona is, to a great degree, a fun way to spend an evening away from exam textbooks- especially if you’re a fan of Shakespeare and the classics.