Review: The Goat or Who is Sylvia? 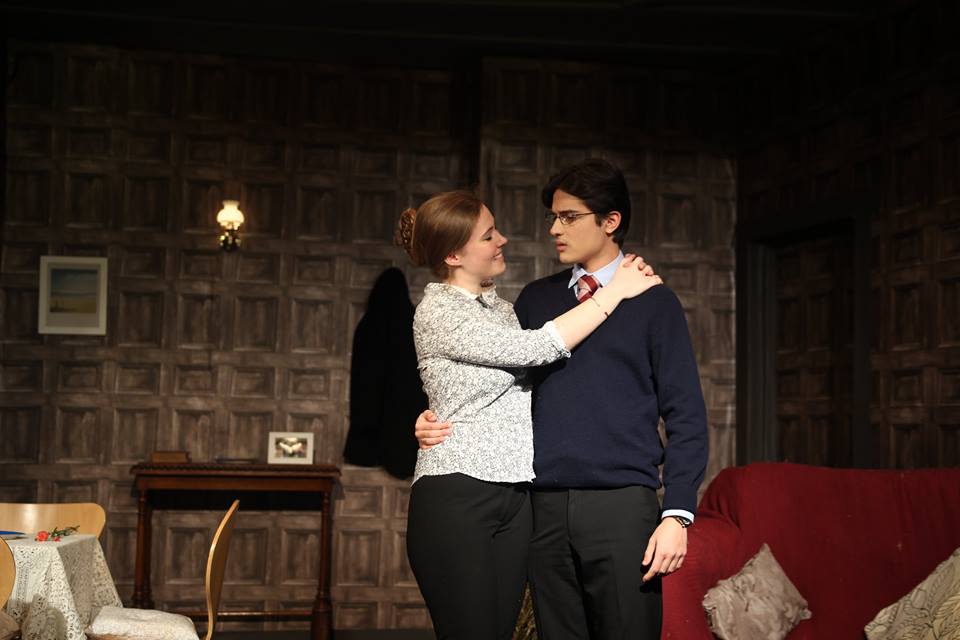 ‘A brave choice that has ultimately paid off’

At first glance, this play may seem to be an absurdist play about a man who has it all falling in love with a goat. I thought this play would be ridiculous, a dark comedy perhaps. However, the production of ‘The Goat or Who is Sylvia?’, directed by Katie O’Toole, was a challenging, thought-provoking and ultimately tragic piece of theatre. With parallels to the first ever episode of Black Mirror, ‘The Goat or Who is Sylvia?’ was a brave choice of O’Toole and The Lion Theatre Company, that has ultimately paid off.

The play opens with the stage set like a normal, conventional family living room; the only thing that suggests anything untoward is the sofa that is made up of haystacks, a subtle nod to the subject of the play. However, the amount of furniture used to make up the set did restrict the space in which the actors had to command and move around in, perhaps limiting the potential of moments when the characters’ physicality was central. Toole’s direction of creating a very normal, and loving family environment was perfectly portrayed during the opening scene by Kishore Thiagarajan-Walker, who plays Martin, the goat’s lover, and Eleanor Hawkins, playing Stevie, Martin’s betrayed wife. This scene is so important in giving the audience a marker of how good the relationship has been. When the couple’s world comes crashing down because of the revelation, the audience are able to travel with the characters through their despair and devastation, which has been hugely heightened by the fact that we have been shown so effectively how perfect and simple their life was. The descend into the chaos and madness of the play is further aided by the lighting and music. It is subtle and simple, and perfectly adds to the tension Toole’s cast are building as we head to the dramatic climax of the play.

Barnabas Mercer, who played Ross, brilliantly provided both a comic voice at the early stages of the play, but also the voice of society. His judgement and condemnation of Martin’s actions represents the status quo, and the uneasiness and inability to accept the actions that have led to this point, which could be felt among the audience. A special mention has to be made of the touching scene between Thiagarajan-Walker and his onstage son, Billy, delicately played by Danny. It is through this scene that the audience are able to reconnect with Martin and regain some level of sympathy, and it is sensitively and honestly played by the two actors, causing it to be a stand out moment within the production. The four actors all produce fine performances, but perhaps a more gradual build into the screaming anger would have added to the tension. Hawkins’ Stevie has the audience’s sympathies, and although we witness the contrast between her deadly cold anger and hysterically upset, it would be even more heart-breaking to watch more of a gradual unwind of Stevie’s mental state.

‘The Goat or Who is Sylvia?’ is a challenging play, and the type of play that pushes boundaries and demands the audience to think and look inwards at themselves. It is not a comfortable evening, expect to leave the City Theatre with a deeply unsettled feeling in your stomach, and more questions than answers.