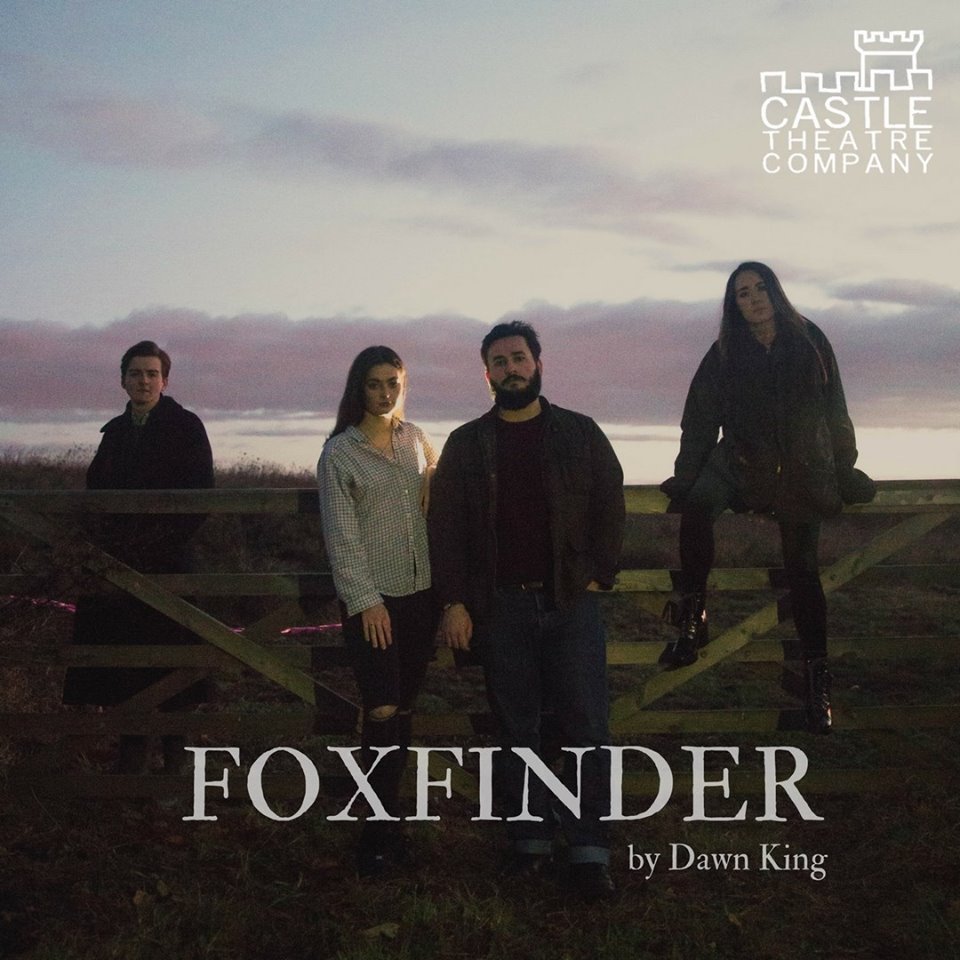 Unnervingly tense and then surprisingly comedic in places, ‘Foxfinder’ treads the balance between enthralling the audience and managing to make them incredibly uncomfortable at the same time.

This atmosphere is largely helped by the setting, Castle as a structure is imposing and Norman Chapel with minimal lighting is plain eerie. Close enough to the actors that you can see their every facial expression, it really does create the idea of having a snapshot into their lives and contributes to the increasing pressure throughout, as the characters become more and more entangled with the belief of the fox that is fracturing their community. Further, the echoes created by the chapel and the relative silence besides this, add to the power of the speech of the actors, whether screaming or quietly contemplating, serving to complement the tone of the play throughout. It should be noted though, that the lack of sound, especially at the end where effects could have been used, the final conflict felt somewhat anticlimactic.

The close proximity of the stage meant the actors had no room to falter within their character, and it is credit to them that they never did, even when the audience’s reactions made it hard not to. Owen Sparkes’ maniacal William Bloor was a particular highlight, moving from overtly pedantic as an archetypal annoyance, into an unintentional comedian, before arriving at darkly twisted and strangely sympathetic until his final moments. Partially down to the storyline, mostly down to his excellent performance, his stage presence was the most looked forward to out of the audience. The other cast members were similarly entertaining, Tristan Robinson’s gruff demeanour perfectly fitting the role of Samuel as he gradually became more and more unravelled as the play went on. It was interesting to watch the dynamic between William and Samuel, at first unexpectedly funny in William’s absurdity, then once they switch roles it become increasingly clear through Tristan’s obsession that the belief inspires lunacy, which the audience can no longer find funny. Sarah Cameron’s performance as Judith is similarly complex, in the beginning she appears emotionally frail, but as the play progresses her strength in holding the family together becomes more apparent, and Cameron manages to move through the different nuances of her character with ease. Fionna Monk’s Sarah, although a slightly smaller role, manages also to make a big impact in her lightly comedic position which then, like Judith, is characterised to be vulnerable yet increasingly resilient.

Most unexpected about the play however, was the comedy. Sparkes’ William became an unwilling yet frequent source of amusement as his absurd views, projected in a tone of utmost seriousness, permeated scenes of interrogation. Commendable on Director Kimran Rana’s behalf here, as well as the actors, the play somehow manages to flash between intensity and amusement. It is only once you step back from the play, when you realize the ridiculous nature of the beliefs of William and the fracturing of an entire community over a relatively small, and hypothetical, animal. Yet whilst watching, even in the comedic moments it seems entirely reasonable and believable, perhaps due to the familiar nature of the extremist figure who is laughable, and therefore deceives the audience into thinking he is almost harmless. Then by the end, the audience is reminded of the twisted nature he has been indoctrinated into, and the consequences his extremism brings about.