Charlie Whitehead in Drama on 9 December, 2016. 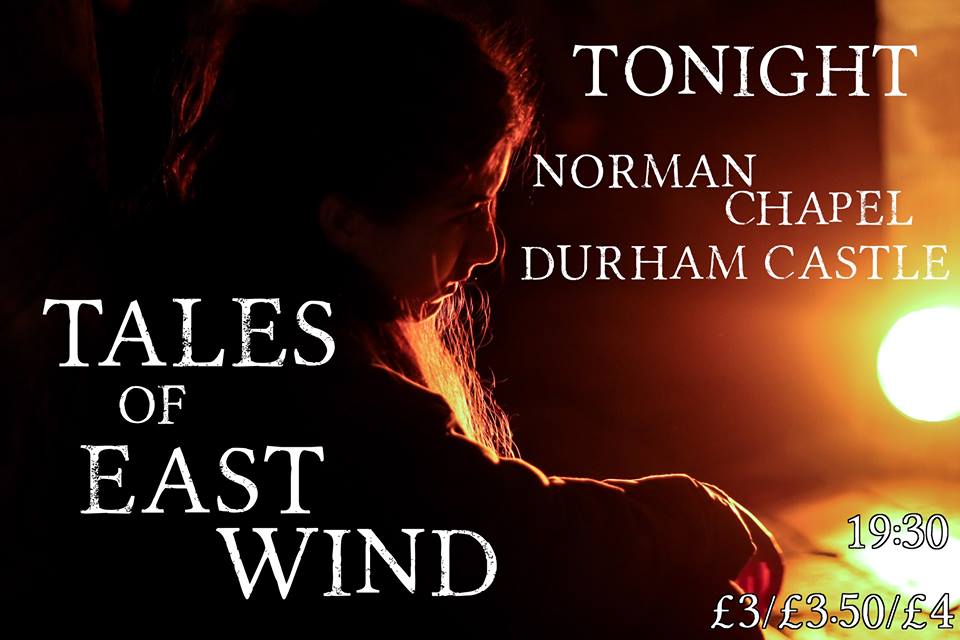 It is a shame to admit that before coming to see Wrong Tree’s ‘Tales of East Wind’, I had never heard of this short story by Daphne Du Maurier, nor had I ever watched a devised piece. Therefore, it seems fair to say that I was definitely unsure as to what to expect. However, Wrong Tree’s notorious use of devised theatre did not disappoint, and the cast and crew ought to be commended for such a vibrant and physically impressive performance.

The audience were sat tightly in the round, a well-chosen stylistic choice which had us placed as though we were part of the various stories each of the characters were telling. Director Hamish Clayton set himself a challenge by choosing the Norman Chapel as a venue – a brave choice for a play that requires a lot of movement. Although the location had its flaws, it worked very well as an intimate setting. Each ‘tale’ was presented through the use of physical movement enhanced with natural sounds and gestures, creating visually superb scenes that were never lacking in energy. There were, however, times when the movement of the actors was not so slick, and had the potential to look a little messy given the limited space.

Having said this, the actors gave their all to the fast-paced action and physically demanding movement of the piece, and even interacted with members of the audience, either through nudging or by encouraging us to clap along with the music, a nice touch. Special mention must go to Barney Mercer, who played the main character. His threatening looks and powerful voice gave the play an enticingly dark quality, which he managed to successfully sustain throughout, contrasted with Josh Williams’s uplifting tone and humorous mannerisms. As well as this, Lucy Nicholson and Hiba Benhamed were stunning in their respective roles, portraying different characters that were just as charming as they were convincing. A final mention must go to Henry Gould, whose subtle yet constant energy kept the momentum going from one scene to the next. All five members of the cast must be congratulated for what was an incredibly action-packed and moving performance, full of various artistic techniques that held the audience’s intrigue. One particular scene that stood out was when the actors sat on wooden blocks in the middle of the stage, revolving from one block to the next to represent the passing of time; their frozen expressions and skilful story telling – combined with the lightning split between light and dark – made this scene a pleasure to watch.

I must also add that the music and lighting were particularly creative, adding a certain dramatic sophistication to the production that is perhaps not seen often enough in Durham. Congratulations again must go to all of the cast and crew for their dedication and hard work, they really managed to pull-off a piece that was hugely imaginative as well as mentally and physically engaging from beginning to end.