‘It was a pleasure to experience such a variety of plays.’

It’s safe to say that when I set off towards the Assembly Rooms today, I had no expectations to speak of about DDF. And although it was a long night of theatre, it was a pleasure to experience such a variety of plays, when I had initially only had a vague sense that I would be watching three comedies. Instead I discovered three palys, which each appealed to a diverging sensibility.

The Bocchae: A Post-truth Tragicomedy in Three Parts 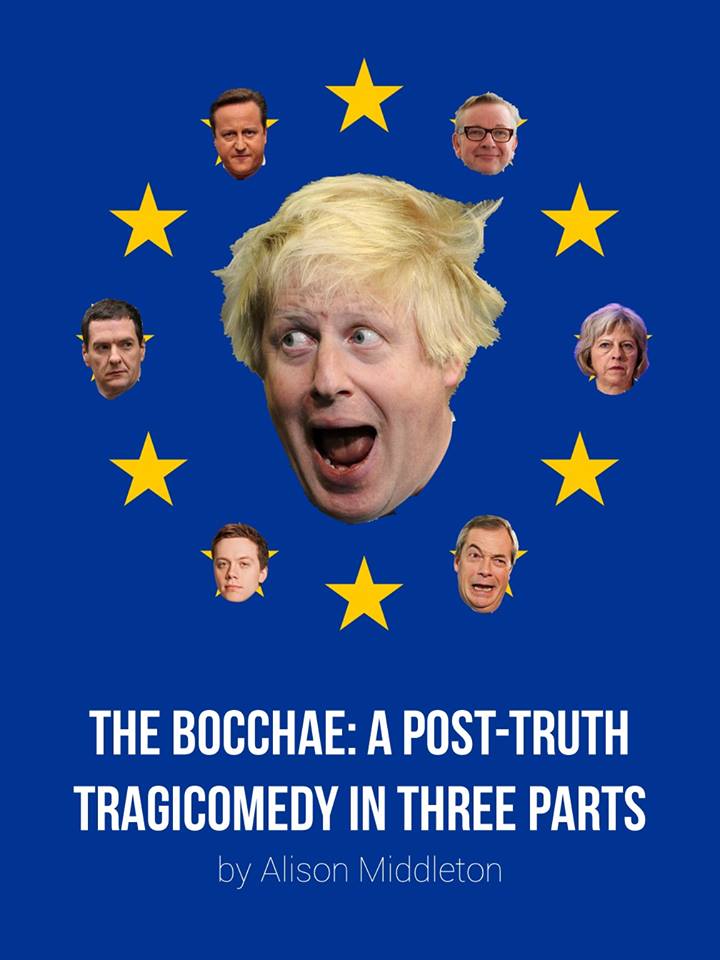 The Bocchae: A Post-truth Tragicomedy in Three Parts by Alison Middleton is as intellectually daunting as it sounds. To unfurl the weight of meaning hidden in each authorial decision will prove too much for any casual theatre-goer. It is a satire on the referendum, and steering it all, in place of Dionysus, is Boris Johnson. Instead of the bumbling character which ‘BoJo’ is usually portrayed as in the media, here he is anything but, as he schemes, plots, and manipulates his way to a referendum.

Although there were a number of clever decisions made with the writing, the play unfortunately fell somewhat flat. Forming the Chorus, for example, out of the British public was an inspired decision; however their dialogue was made inauthentic by them constantly facing the audience. The writing also occasionally got ahead of itself, and instead of trusting the audience to make their own conjectures, seemed to poke us with a verbal cattle prod. The frequent repetition that ‘politics is theatre’ grated on the ear after a few characters had enunciated this empty aphorism.

If the writing can be accused of being too ambitious, then the staging was not ambitious enough. Black boxing the Assembly Rooms seemed a waste, as the claustrophobic atmosphere created by the heavy curtains jarred with the consistent allusion to ancient Greek theatre, which evokes grandeur – in terms of the topics it handled and the theatres where it was originally staged. Logistically it also failed, as movement of the actors was made clumsy by the restrictions in space and the curtains were left carelessly open, allowing the audience to see actors preparing themselves in the wings.

On stage, there were a number of actors who particularly stood out. Jake Hathaway, as Michael Gove, came closest to a faithful satirical representation of the politician. His exaggerated facial gestures and clumsy movements made the character memorable. A particularly successful choice was the casting of Jessie Smith as both David Cameron and Theresa May. It was a subtle indication that despite the referendum, nothing had changed in the political arena. Kyle Kirkpatrick as Owen Jones was also particularly evocative in his role as duplicitous pundit and his crawling and darting across the stage added dynamism to a play that was more education than entertainment. Despite the heavy-handedness of the writing, the biggest advantage of the play is that nobody really wins, and it was refreshing to see a satire where each party was ripped to shreds. 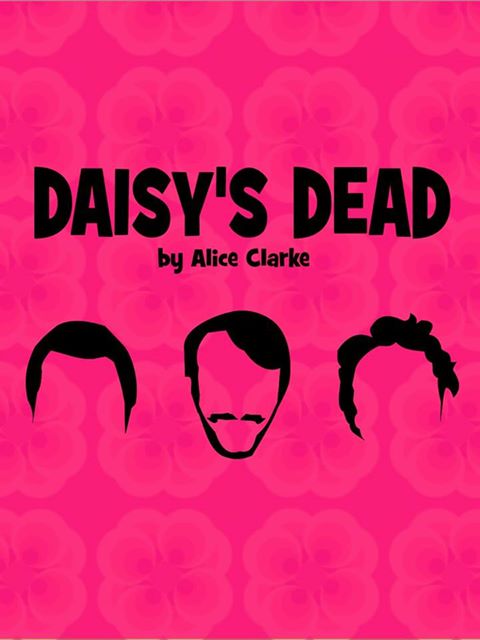 Daisy’s Dead by Alice Clarke was a mixed bag. I have to confess, that I’ve already seen an excerpt of the play at a showcase earlier this year, and it was hysterically funny. This time however, after having sat through the entire play, it was evident that the writing still needed development. The initial premise is fascinating; an injured robber – Jack, and a hostage – Ben, are left at each other’s mercy. It was captivating watching the shifts in their power dynamic and the monologues were genuinely entertaining and funny because of the incongruity of their subject matter and the situation. The space on this occasion was used beautifully. There were persistent hints of Daisy and the Horsfall Room ideally matched the setting of a living room, in a house where Ben would have felt out of place living in.

However as the play went on, it lost its initial appeal. The dialogue became repetitive, in that there was the same argument about whether Jack would kill Ben, recited over and over again. Zac Tiplady, playing Jack, was true to his circumstances in his physicality but he failed to carry that across in his tone of voice, creating an unpleasant disjunction. Hamish Lloyd- Barnes, as Ben, definitely undertook a challenging character, and even though it was evident he put in a lot of effort into the characterisation, there was an occasional tendency to over-act. Instead of having a tic that would only appear at the climax of the play, instead it was persistent. The same could be said for his very visible trembling, which often seemed at odds with the fact that initially he was not afraid of the situation at all.

After the appearance of Adam Evans, the play shifted into the outright absurd. It was completely inauthentic in that it was difficult to pinpoint the logic behind Evans’ character. On the one hand, he very vocally wanted Jack to kill Ben, but he would then also lapse into silence and allow the two characters to talk out their feelings, while he maintained a neutral expression. The end of the play was the most disappointing, as where the audience expected a gunshot there was instead an excessively loud flat line.

A Year of Minutes 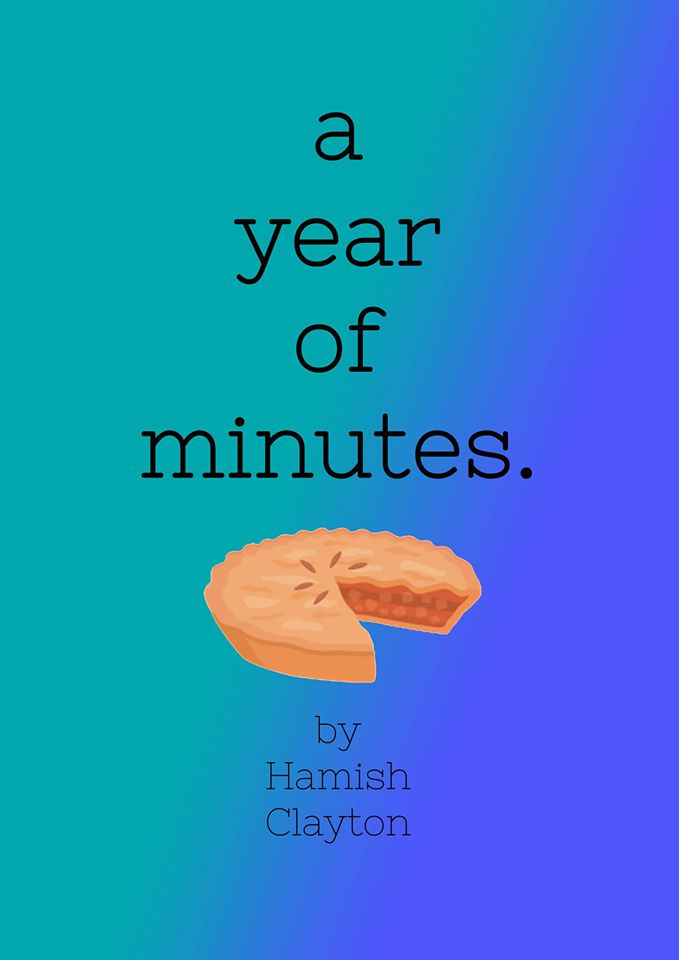 A Year of Minutes by Hamish Clayton is a true triumph. After two plays with hit-and-miss elements, it is difficult to say something negative about this one. The Committee of Kristofferson Park Residences offers the audience a playful critique of all that is wrong with such groups. The genius of the play lies in the way in which it is able to make the seemingly dull act, of reciting a year of minutes from their meetings, hysterically funny.

Kieran Laurie, as Rory, and Andrew Cowburn as Colin, deserve a special mention. Laurie in particular embraced the absurdist elements of the script, and his physicality reflected a very controlled hold over the dialogue. With Cowburn, they framed the play so well that it was tempting to watch them all the time, even throughout the meetings themselves.

The success of the ensemble could be attributed to the sheer variety that was presented to the audience in terms of stereotypes. Mary Lord, as Sandra, was the familiar type of mean and scheming woman who found pleasure in undercutting others even in petty matters. Henry Fell, as Bob, managed to weave in innuendo when talking about the back gate with a gravelly voice. Josh Williams and Jasmine Price, as Jean and Clarysse harmonized together very well and jointly spoke in broken English with a heavy French accent as newly-arrived residents. There was not an actor who failed to deliver on their character, and as a group they each equally added to the black comedy that was unfolding before the audience’s eyes.

The play also succeeded in being a delicate critique of the current political climate in the USA. The motion that was made to building a wall between courtyard and garden, as well as the initiation of an English language and culture test for foreigners, is heavily allusive to Trump’s current politics. Yet because it was reduced to such a small scale, it was easy to laugh at and the play was accessible and enjoyable, even without noticing this reference.

Overall, it was a particularly memorable evening of theatre. Even if specific plays were not to my taste, it is easy to agree that all managed to be very experimental and it is exactly why DDF is such a unique event in the Durham theatre calendar. It is doubtless that the subsequent plays in this festival will be entirely unmissable.