Having not watched DDF last year, I honestly had no idea what to expect when walking into the black box this evening. Although witnessing some of the weirdest pieces of writing, I was not disappointed by the exceptional quality of Durham’s student written theatre. 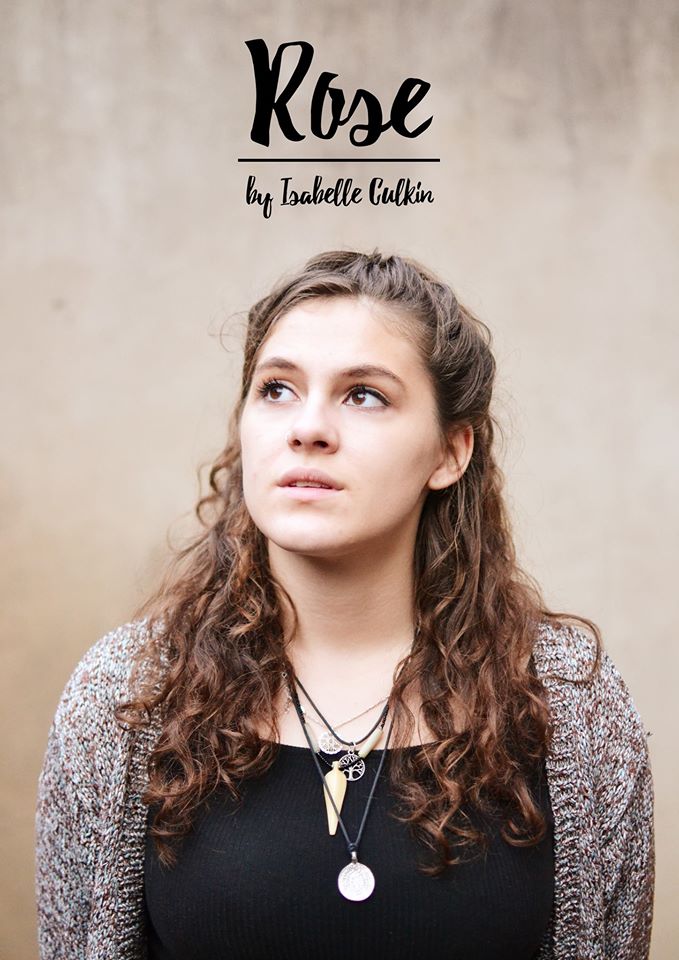 Rose started the evening off with an emotional rollercoaster, revealing the complexities of human interactions, decisions and unexpected outcomes. The show and script possessed flaws, however, overall, it was a very heartrending play, which emphasised the complex and transient nature of human relationships.

The script was a challenging feat as it contained the perspectives of multiple characters talking over or interrupting each other and although there was the occasional issue with timing, this feature helped to engage the audience’s full attention. My main criticism with the script was its tendency to slip into over-dramatic soap opera territory rather than remaining a serious piece of drama, as each dramatic revelation felt as if it was consciously trying to out-perform the last. Despite this, I thought it was extremely clever to have the scenes narrated from each of the actor’s perspectives as it gave the play a genuine realness, which the audience were able to relate to, rather than succumbing to the Hollywood glamorisation of relationships. This very human and personalised aspect of the script, which focused on the everyday thoughts and anxieties of the characters, gave the play a type of timeless beauty.

The acting was very strong, with Rosie Minnit excelling in her characterisation of Rose. From the minute I walked in, she was completely in character, perfectly displaying the anxieties of Rose by using her shaking physicality and jittery facial expressions. She was complimented very well by Broccan Tyzack-Carlin, who played the sweet, but slightly awkward and bumbling, Mark. Broccan managed to perfectly capture the simple sweetness of his character, especially during the first scenes with Rose, where they were forced to engage in awkward and clumsy small talk. Both actors had superb chemistry with one another, which made the final scenes all the more shocking and distressing. Additionally, although only entering at the end, Sophie Allen splendidly contrasted the sincerity of the loving sister with the sharpness of her character.

There were some clever directorial choices in the production, especially in the use of a minimalistic set. The two chairs attributed the stage with a haunting feel of vacancy, which perfectly added to the growing isolation of the characters in the final harrowing moments of the play. The lighting sufficiently added to the changes in the character’s train of thought, however, at times, they felt slightly sporadic and random.

Although the show possessed certain issues, they were not problematic enough to distract from the overall admirable acting and captivating plot within the play.

The Not So Divine Comedy 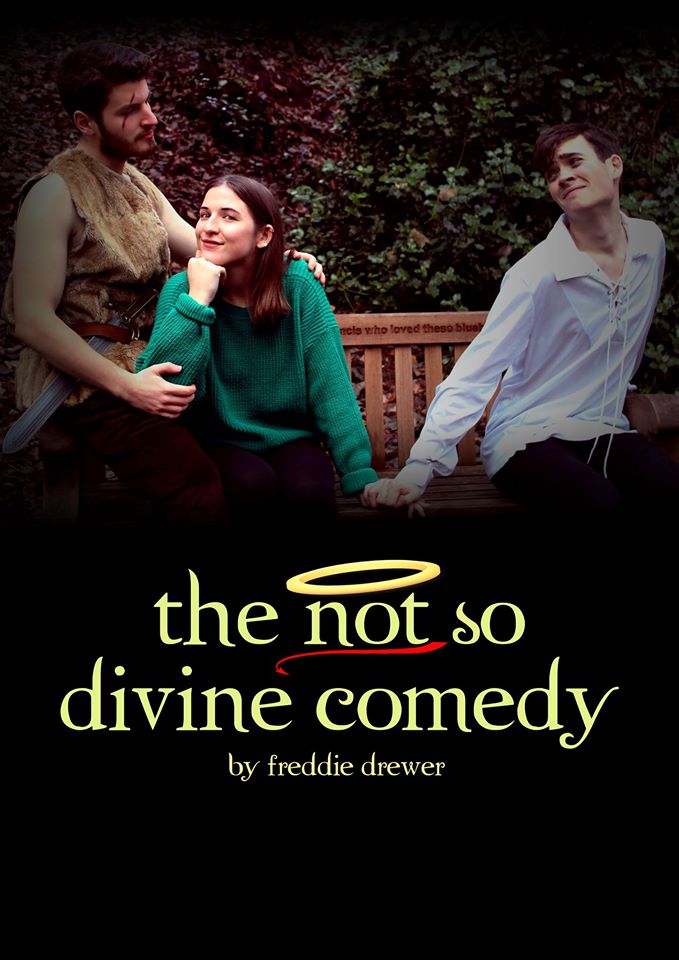 The Not So Divine Comedy was a comedy hit in the black box this evening, with the woman in front of me nearly falling off her chair, as she struggled to breathe from laughing so much. Although ultimately a comedy, the play dealt with some thought-provoking themes, such as religion, free will, sexuality and the double standards of gender. Although flawed at times, it was thoroughly entertaining and well worth watching.

As an ensemble, the cast were very solid. Particular credit must be bestowed upon Nick Denton, who managed to make me cry with laughter with whatever part he was playing. His comic timing and energetic facial movements were unmatchable, leaving the audience giggling away. Ed Rees, as the hunky Spanish stallion and Max Lindon, as the tortured artist, perfectly balanced and bounced off each other in a feat to win the heart of Rachel.

Dan Hodgkinson possessed the perfect presence and velvety voice to play God. His voice genuinely sounded like dairy milk chocolate being melted on a stove; it was that yummy to listen to. A final mention should go to Alex Hannant, who competently depicted her character’s feisty panache. Although at points it was necessary for the comic aspect of the play, the actors must be careful not to slip into overacting territory at times. Despite this, I was very impressed with the high standard of comedic acting in tonight’s show.

The direction was overall very sound. It was a witty decision to have the actors act out scenes from Rachel’s romantic erotica as she drunkenly spewed them out at the front of the stage, adding a seamless flow to the pacing of the play. The lighting choices were also brilliantly thought out, specifically when the front lights switched on in perfect timing to God’s booming command; ‘Let there be light.’ Additionally, the music helped in keeping up the up-beat and sprightly atmosphere of show, riling up the audience as they waited for more humorous treats. However, although witty, the writing occasionally lost momentum and sometimes felt like someone had vomited up their existential crisis onto a page. That being said, the play was cleverly written and showed the makings of a truly prolific writer.

Congratulations must be bestowed upon Freddie Drewer and Hamish Inglis for pulling off such a politically incorrect play and giving the audience an entertaining, if not slightly disturbing, night out. 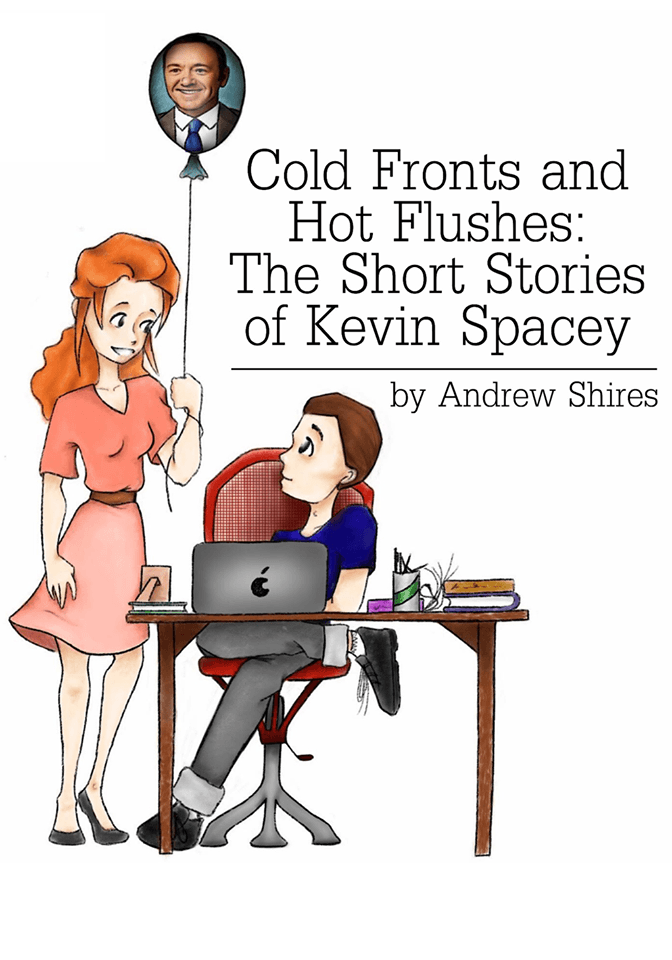 After reading the perplexingly bizarre title of the play, I was instantly intrigued to find out what ‘Cold Fronts and Hot Flushes- The Short Stories of Kevin Spacey’ was really about. Fittingly, the play itself was as undoubtedly weird as the title. However, whilst weird, it was also whimsically wonderful, with the comic timing, snappy writing and flawless physicality creating an overall mesmerising production.

The gift of writing is an amazing quality to have, but a rare one. It is safe to say that Andrew Shires was blessed with it. Each line perfectly set up the next one, weaving each short story into layers of comic delight. Although every story contained a different train of thought, the script managed to perfectly interlink them altogether and maintain an overall coherent plot. Interestingly, something that particularly struck me was the originality of the content. I didn’t feel like I was watching a copy or mimicry of a greater piece of writing, but was instead, observing a completely innovative piece of raw theatre.

The actors have to be awarded special praise. Claire Forster was charmingly captivating as Emily. Her versatility as an actor was astounding, as she jumped between multiple roles with seamless ease, consistently maintaining her physicality and voice throughout. Additionally, her comic timing was impeccable, frequently leaving the audience in fits of raucous laughter. George Rextrew, playing Ollie, was as equally enchanting. His animated facial expressions and physicality were a treat to watch, capturing each of his characters to a tee. His dynamic way of flawlessly hopping in and out of each character ensured that the script never lost any momentum, avoiding a common problem that plagues student written theatre.

The direction was, simply put, brilliant, helping the show to be executed with absolute finesse. The choice of lighting and sound was appropriately picked, providing the play with smooth progression and flawless scene transitions. It was a clever decision to have the actors act out each of the short stories and it entertainingly attributed the play with Pillowman-esque vibes. It was particularly impressive that Andrew managed to bring out a sweet and thoughtful side to the script, amongst the more eccentric themes.

All in all, it was a fabulous evening of theatre and I can not recommend it enough. Each writer took on a such a huge challenge; both academically and emotionally. It is not an easy ordeal to share your work and allow it to be criticised by the judgemental eye of the general public, however, each writer wrote a wonderful play and therefore, should be thrilled at achieving such an accomplishment.