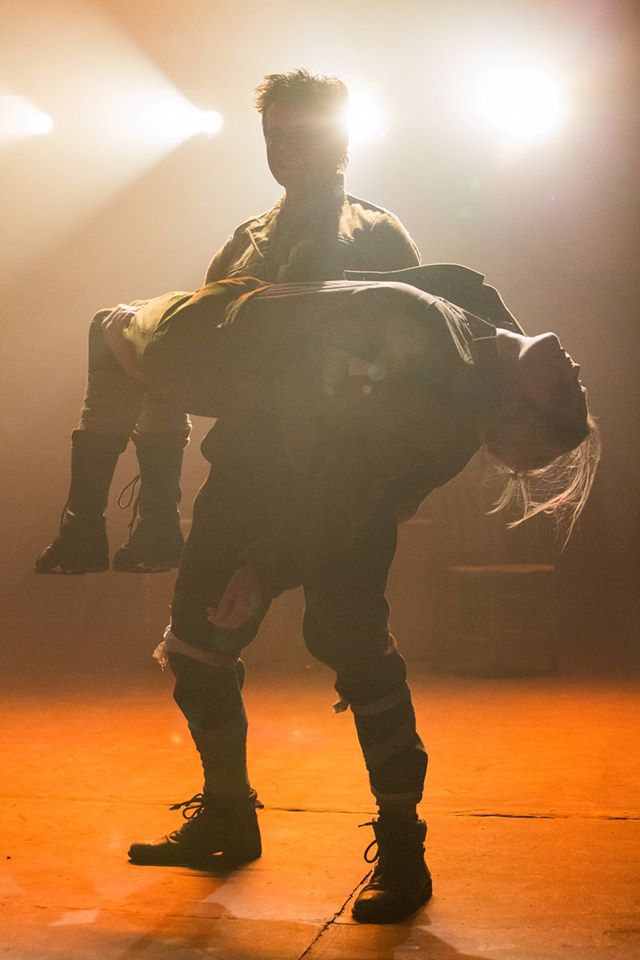 It’s the middle of a cold bleak February, we are slap-bang in the middle of summative season, and Donald Trump is President. You would think I’d be in enough of a bad mood without reviewing the three plays grouped in the “tragedy” category of Durham Drama Festival. You’d be wrong. Bad though my mood is, it was actually improved dramatically by the display of talent in three pieces of harrowing theatre. From handling narratives of war, to Death Row, to a freak massacre, the plays explored suffering on an individual and contextual scale and were a display of some fantastic artistic talent, both in the writing and the performing. 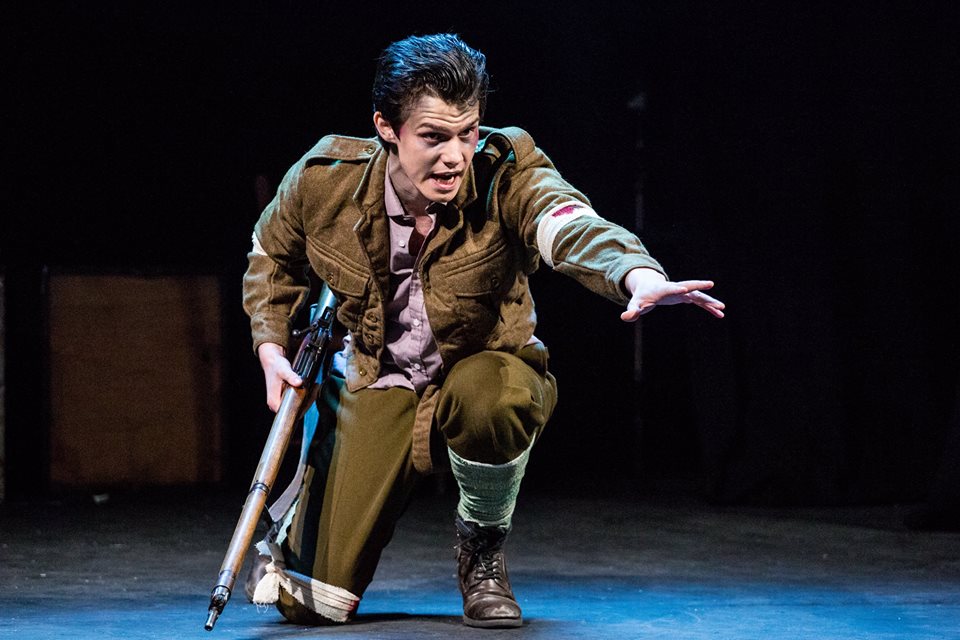 ‘Plenty to sing about’

The first of these three pieces was Charlie Keable’s ‘Toll’. Watching it, I was reminded of Michael Morpurgo’s ‘War Horse’ in its approach to World War One through the eyes of a simple country boy and his family. The Norfolk accents were consistently good but it was Harry Twining who gave a stand-out performance of a simple-minded man with a fierce yet tender love for his family. In true ‘Blackadder’ style, Jasper Millard lit up the stage with superb comic timing and physicality, which nicely broke up the drudgery of the subject of war. I warmed to Adam Simpson’s performance as Toll almost immediately as he brought a kind of brotherly affability to his character, endearing him to the audience. His physicality oscillated nicely between solid seriousness to goofy earnest, subtly reinforcing the play’s thematic notion that war obscures the line between child and adult, boy and man.

Keable’s script intertwined narrative with action with a startling sharpness that successfully complemented the weighty gravitas of his characters. I was concerned that the challenge of bringing something original and innovative to the topic of World War One would prove too much. Indeed, Toll’s story is like any other young soldier’s. However, the narrative was constantly jarring from one fragment of the story to another so that the audience were never allowed to get overly comfortable, which was an effective way of bringing a dynamic freshness to this subject matter.

Undoubtedly, the stand-out moment of the play was Adam Simpson carrying the lifeless body of Corinna Harrison, whose versatility in her numerous roles was very commendable. This particular beautiful and dramatic climax was the perfect combination of strong lighting and sound choices, and the striking physicality of the two actors.

From the torture of wounded soldiers, to the agony of parents in mourning, to the horrified reality of killing another human being, we follow these characters through every level of human suffering. Certainly, as a piece of theatre, it is heavy-going to say the least but the exultant crescendo into ‘Danny Boy’ ends the show with a sense of defiant hope. Indeed, as a production, I thought there was plenty to sing about.

Alford and the Acid Tip 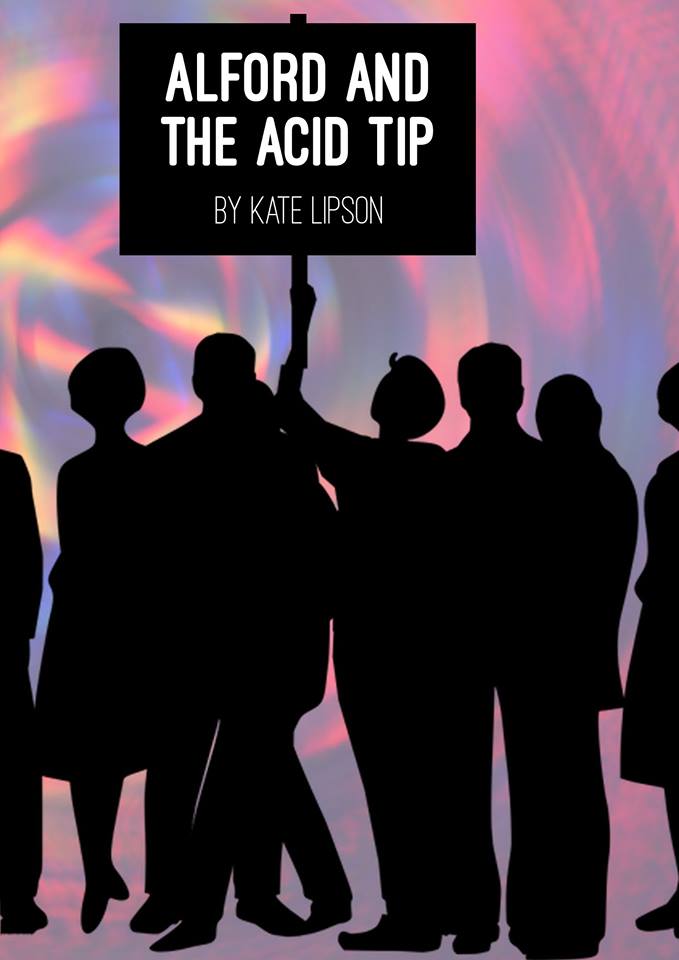 I was curious and excited to see how writer Kate Lipson would grapple with the fascinating yet controversial subject of the death penalty in ‘Alford and the Acid Tip’. She didn’t disappoint. The audience were engaged from the very first piece of staging: the sinister allure of the elevated electric chair in all its fairy-lighted glory. The feeling with which the script was clearly written made it extremely impactful during moments such as a prisoner asking ‘have you ever been jealous of people at a funeral?’ and highlighting the topical issues of police racism. The piece shrewdly tackled the commercial glamorization of the lethal injection – through the set-up of an all-American game show, which was bizarre and wonderfully innovative in equal measure – as well as allusions to rape, murder, acid attacks, the persecution of innocent prisoners, the families in mourning…

No, I wasn’t cackling away out of some kind of psychotic cruelty. It was simply because Lipson’s writing is just funny. It is wonderfully crafted with clever jokes and quick-witted dialogue, and was brought to life by the vibrant comic talent of the cast. Lily Ratnavel’s facial expressions were particularly hilarious, as was the deliberate awkwardness of the endearing Sam Baumal. Just when I think I’ve seen it all in DST, the characters emerge from a trap-door dressed as lethal chemicals, and Elle Morgan-Williams is majestically wheeled in to give a foot-stomping performance on a big silver piano.

However, these musical interludes and wacky charades don’t obscure the powerful and serious ethical points of the play. If anything, the sinister livelihood gives them an additional poignancy. With true diplomacy, all sides of the debates surrounding the death penalty are articulated through a host of different perspectives. One minute, Lipson is daring the audience to argue with the distraught mother of a murdered girl, the next we are drawn in sympathy to the prisoner on Death Row who is holding out on her mother’s promise of her favourite meal. I applaud the actors for their professional and seamless transitions. Cry until you laugh, laugh until you cry; Lipson and her cast will have you do it all. 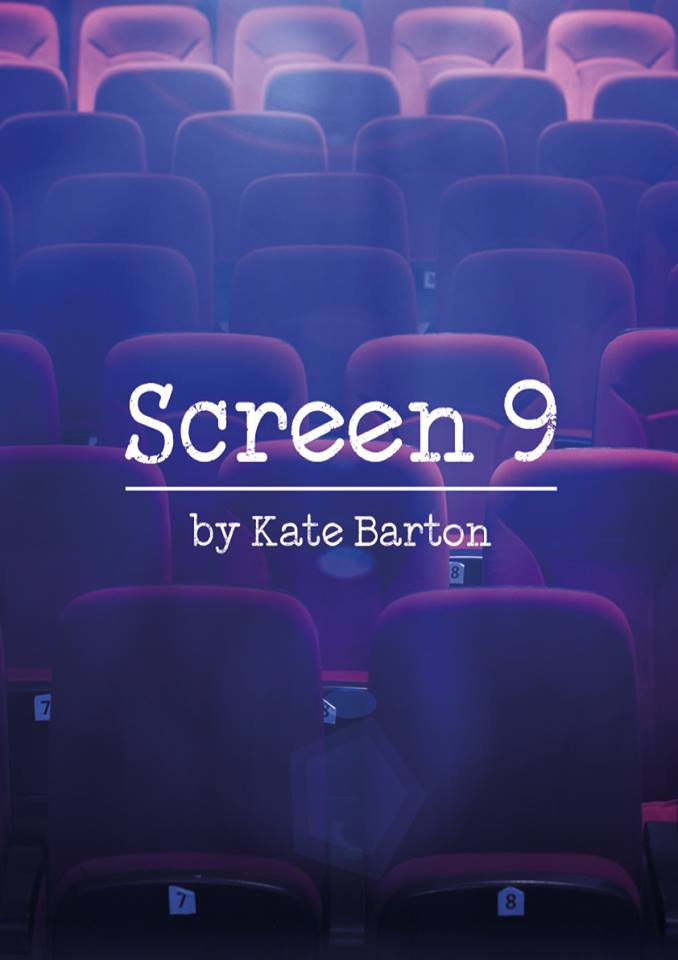 ‘[It] will stay with me for a long time to come’

The laughter was quickly wiped off my face as the audience were launched into the third and final performance: Kate Barton’s ‘Screen 9’. Of all the plays, this is the one that struck the sharpest chord and I think will stay with me for a long time to come. Centred around the horrific massacre at the 2012 premier of ‘The Dark Knight Rises’ in Aurora, Barton’s work follows four characters whose lives have been irreversibly uprooted by the attack. Each performer was entirely captivating; Emma-Louise Howell gave a particularly impressive performance as the nervously erratic, emotionally unstable survivor.

The premise was simple, the structure uncomplicated, and yet the script and its delivery were astonishingly powerful. Wonderfully blocked, the actors sat amongst the audience to deliver parts of their narrative. Quite simply, the performers and the audience became indistinguishable, beautifully illustrating the devastating horror that befell such an ordinary community.

By some mysterious virtue, the script brought to life characters that never appeared on stage. We felt we knew as much about those who weren’t there as the ones who were. This materialised through four wonderfully emotionally-charged performances. Though their roles were not physically demanding, I felt drained just watching the look of exhausted suffering on each face.

As if the night hadn’t been tear-jerking enough, the show ended with the names of the twelve victims of the cinema attack projected high upon the Assembly Rooms wall. The plays showed student writing at its most purposeful and empathetic and the delicacy and skill with which each tragic event was portrayed indicates an array of highly sophisticated writing and acting.

I think it’s fair to say that the stunned silence in the audience at the final curtain spoke for itself.